Home » About SOS » Who we are » Our Role in Child Protection

A ‘Child Soldier’ is any child – boy or girl – under 18 years of age, who is forced to join and operate within an armed force or armed group in any capacity. It does not only refer to a child who is carrying, or has carried, weapons. 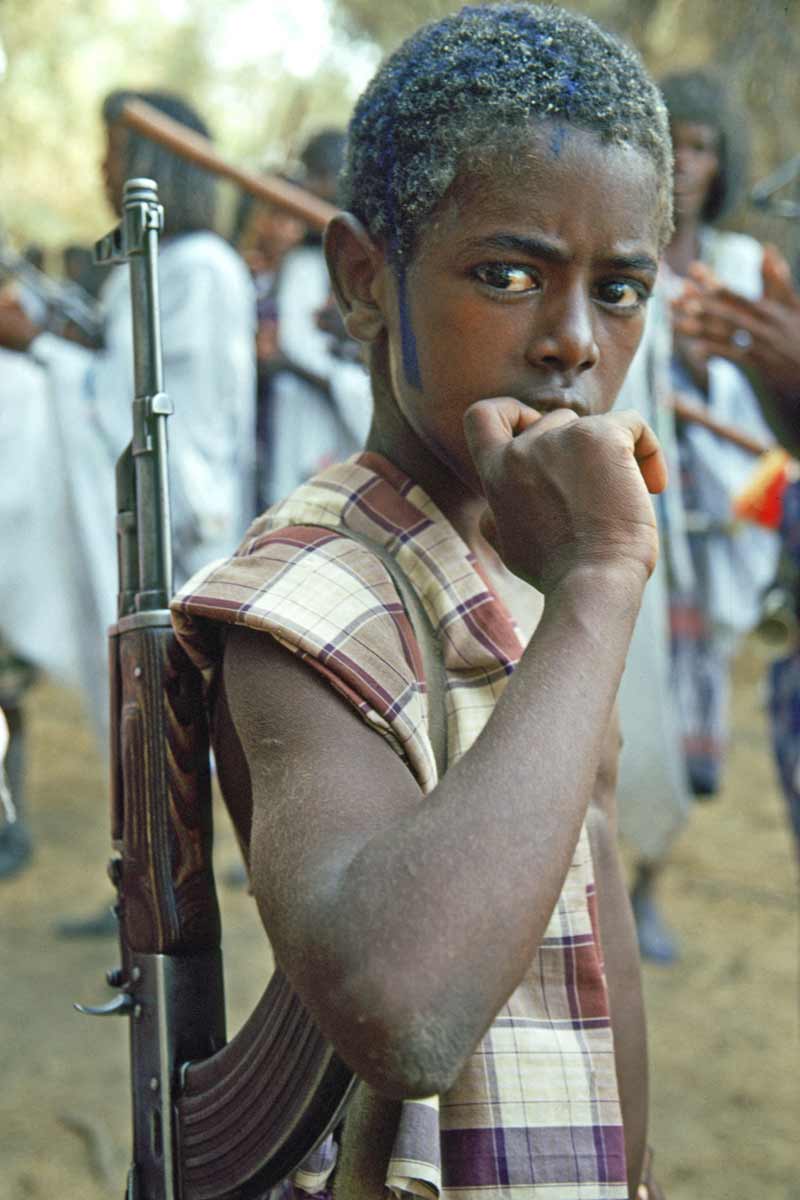 In the world today there are hundreds of thousands of child soldiers who have been abducted or forcibly recruited, or are driven to join by poverty, abuse and discrimination.

Once recruited, child soldiers may serve as porters or cooks, guards, messengers or spies. These children may even be pressed into combat, as the proliferation of small automatic weapons means that children can easily handle and operate them. Child soldiers are seen are expendable, and may be sent into minefields or other dangerous situations ahead of older combatants. Some have even been used for suicide missions.

Many child soldiers are left "stigmatized" and unable to return to his or her home community.

The United Nations Convention on the Rights of the Child, Article 38, proclaimed that: “State parties shall take all feasible measures to ensure that persons who have not attached the age of 15 years do not take a direct part in hostilities.”

Article 8.2.26 of the Rome Statute of the International Criminal Court (ICC) entered into force 1 July 2002 states that “Conscripting or enlisting children under the age of fifteen years into the national armed forces or using them to participate actively in hostilities” is a war crime.

Forced or compulsory recruitment of anyone under the age of 18 for use in armed conflict is predefined as one of the worst forms of child labour.

Almost half of the world’s child soldiers are in Africa. Many of these children have been orphaned or abandoned due to AIDs, violence and war.

Our rehabilitation and reunification program for each child soldier lasts around ten months. To begin with, the children are reintroduced to everyday life. We give them shelter, food, clean clothes and an education. Many children have never been to school and without an education will never break out of poverty.