3Youth Facilities
30Youths in our care

Kutaisi has been chosen as the location of the second SOS Children's Village in Georgia. It is the country's second largest city with about 200,000 inhabitants, and is situated approximately 200 kilometres west of Tbilisi.

The population in western Georgia is still poverty-stricken as a result of the civil war which took place there in the early 1990s.

Kutaisi is one of the most beautiful and ancient Georgian cities, and is situated in West Georgia on the banks of the picturesque Rioni river. It is one of the most ancient cities of the world; ancient Greek myths and history date its origin back to the "times of Minos".

The 2.5 hectares plot of land in the city centre was given to SOS Children's Villages by the state of Georgia. The official opening took place on 18 May 2004 in the presence of the mayor of Kutaisi, the governor of the Imereti region, and Helmut Kutin, president of SOS-Kinderdorf International, as well as numerous guests of honours.

The children attend the local schools and kindergartens. Additional language classes (English, Russian) are organised in the SOS Children's Village and students from Kutaisi State University come as volunteers to help the children individually. A wide range of various leisure time activities such as drawing, music, dance and embroidery courses, as well as sports, are offered to the children. The family strengthening programme offers access to essential services for children’s development (eg. educational, nutritional, health support, social skills) and supports families to protect and care for their children. The programme also aims at linking families with income generating activities and offers help to improve the parents’ parenting skills. 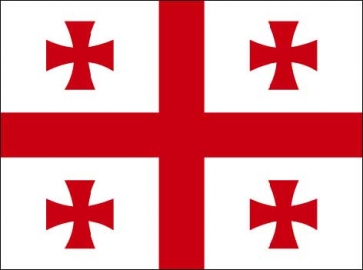