Some facts about Japan:

Japan is an archipelago that consists of around 3,400 islands. The largest are Hokkaido, Honshu, Shikoku and Kyushu. Japan has a population of 126.5 million with the capital city of Tokyo being home to 36.5 million people (2011 est.).

The islands are mountainous; plains and river basins only account for 25% of the land. Inland, the country is characterised by the convergence of three mountain chains that form the Japanese Alps. The dormant volcano Mt. Fuji (3,776 m) is the country's highest peak. There are 265 volcanoes in Japan, around 20 of which are still active. Located within a geologically active region, Japan registers around 1,000 earthquakes a year. Most are minor, however, in March 2011, the north eastern area of Honshu Island was affected by the country's strongest ever earthquake and accompanying tsunami. Several nuclear power plants were affected, leading to radiation leaks. The catastrophe killed thousands of people and the evacuation of the radioactive area displaced more than 320,000. Tens of thousands of children were affected - many lost their families or were displaced.

An affluent society with a high standard of living:

In general terms, the people of Japan enjoy a safe and prosperous life; Japan is one of the world's largest economies, and has one of the lowest homicide rates. In addition, the country has one of the highest life expectancy rates in the world - 78.9 years for men and 85.7 years for women. The combination of people living a long life and the low birth rate means that Japan, demographically speaking, is a rapidly aging country.

The economy is predominantly service based with approximately 69 per cent of the labour force employed in this sector; about 26 per cent work in industry. Agriculture only employs around four per cent of the population, but is heavily subsidised and produces a very high crop yield. Fishing, both domestically and overseas, is also an important industry. Unemployment stands at 4.6 per cent (June 2011 est).

Japan is a highly urbanised country, with around 70 per cent of the population living in cities. The cost of housing in many urban centres has risen sharply over the last decades, forcing many to live outside the cities and endure a long commute to get to work.

Somewhat surprisingly, Japan also has one of the highest rates of relative poverty among the Organization for Economic Cooperation and Development (OECD) countries. It is estimated that around 15 per cent of the population lives on less than half of the median income. Poverty mostly affects recent graduates, older workers, the elderly, and single mothers and their children.

Japan has one of the world's highest suicide rates, rising to 33,000 in 2009. Official sources state that depression and economic hardships accounted for this high figure.

Situation of the children in Japan:

There are 20.6 million children under the age of 18 living in Japan. The low birth rate has led the government to introduce measures to encourage families to have children.

Most Japanese children have benefited from the high standard of living. They have access to good health care and an excellent educational system. Japanese children have to attend nine years of compulsory schooling but around 95 per cent continue after this. The educational system is highly structured and very demanding. According to the Programme for International Student Assessment in 2009, it was ranked among the top ten in the subject areas of maths, reading and the sciences. 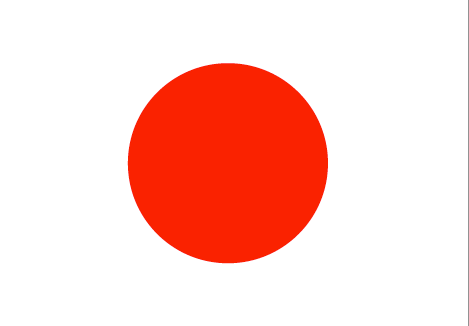