Sponsor a Child in Kyrgyzstan

SOS Children's Villages started working in the Kyrgyz Republic in 1996 due to the urgent need for support and accommodation for children without parental care. Due to the fact that the Kyrgyz Republic in one of the poorest countries in Central Asia, SOS Children's Villages has expanded its work in the country, and is now supporting children, young people and families in two locations. At present there are two SOS Children’s Villages, one SOS Youth Facility, two SOS Kindergartens, one SOS Hermann Gmeiner School and three SOS Social Centres in Kyrgyzstan.

Sponsor a child in Kyrgyzstan

Sponsor a Child in Kyrgyzstan

SOS relies on the kindness and generosity of Canadians to be able to provide a home for the most vulnerable children of Kyrgyzstan. 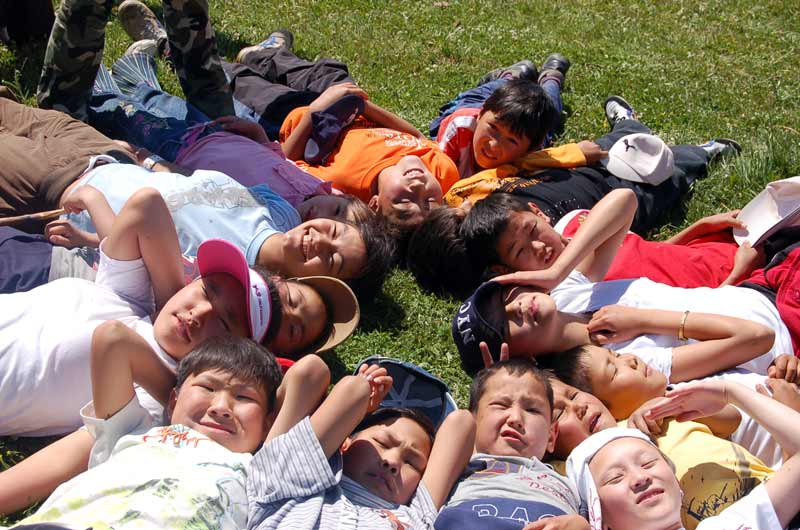 SOS Children's Villages runs a range of programmes in Kyrgyzstan. In addition to the family-based care in SOS families, the children can attend kindergarten where high quality day-care is provided. Social centres support communities through the family-strengthening programmes which work closely with local agencies to ensure that children have access to health and education, while also providing parents with income generation and parenting skills. Given the fact that HIV/AIDS is a growing problem, advice is given to prevent children from infection. Children in Bishkek can attend the SOS Hermann Gmeiner School and young adults may move into special flats where they are guided on their path to an independent life with the help of professionals.

KINDERGARTENS
The SOS Kindergarten in Kyrgyzstan are a fundamental building block for the early development needs including, intellectual and social skills for children.
2
KINDERGARTENS
72
Kindergarten students

EMERGENCY RELIEF PROGRAMS
SOS Emergency Relief Programs in Kyrgyzstan are designed to meet the urgent needs of children and their families. If the need persists beyond the initial crisis, SOSís commitment to those who we help is reflected by the creation of long-term relief and support in those areas.
1
EMERGENCY RELIEF PROGRAMS

Some facts about Kyrgyzstan

The Kyrgyz Republic is a landlocked country in Central Asia bordering Kazakhstan in the north, China in the east, Tajikistan in the south and Uzbekistan and Tajikistan in the south west. The Kyrgyz Republic has a population of 5.6 million (July 2011 est.) consisting of Kyrgyz, Russians, Uzbeks, and around 80 other smaller ethnic groups. The Kyrgyz Republic is a bilingual state: its official languages are Kyrgyz and Russian. The main religion is Islam, but other religions, such as Russian Orthodox, are also practised. Most of the population lives in rural areas, only one third lives in urban areas. The capital city of Bishkek is the largest city with over 800,000 inhabitants.

The years following independence were characterised by political instability as various factions fought for power. Inter-ethnic relations - between Uzbeks and Kyrgyz - continue to be tense. As a result of ethnic clashes in 2010, an estimated 300,000 people were internally displaced.

One of the most deprived countries in the region

The Kyrgyz Republic is one of the poorest countries in Central Asia. The economy was adversely affected by the collapse of the Soviet Union. The latter had provided subsidies and was the Kyrgyz Republic's main export partner. The current situation is characterised by increasing poverty rates and rising unemployment and inflation. Poor infrastructure, endemic corruption and organised crime have limited economic growth. Nearly a fifth of the population is unemployed. The percentage of the population living under the nationally-established poverty line is estimated to be 40 per cent.

Agriculture plays an important role in the Kyrgyz Republic, employing nearly half the population. The main agricultural activity is livestock raising, which produces meat, wool and dairy products.  The service industry employs 40 per cent of the population and the rest of the population works in industry. In recent years the mining of gold has become a source of income.

HIV/AIDS is a growing problem, especially among some sectors of the population. The most affected groups include sex workers and injecting drug users, especially those in prisons where more than half of the inmates are addicted. The main mode of transmission had been intravenous drug use. However, the World Health Organisation reports a growing number of sexually transmitted infections.

Situation of the children in Kyrgyzstan

Children under the age of 18 represent around 35 per cent of the total population. The changing economic situation of the country has affected the lives of children: families have broken down, investment in education and support services has fallen, and the social institutions which look after the rights of children have undergone change and reform.

An estimated four per cent of children under the age of 14 are involved in forced labour. Most come from low-income families and work in a variety of settings which include manual labour and heavy industry.

Children are taken into care for a number of reasons which include: extreme poverty of the families of origin, unemployment, migration of parents in search of work, breakdown of the family, family illness, domestic violence, substance abuse or the death of the parents. Most of these children are placed in under-funded care facilities. Reports from international agencies suggest that physical violence occurs in these centres. Children who leave institutional care are not well equipped for independent living; they often end up unemployed or working in the informal economy.

Families with children with special needs and disabilities are often not provided with support; the children are usually taken away from the family home and placed in institutional facilities