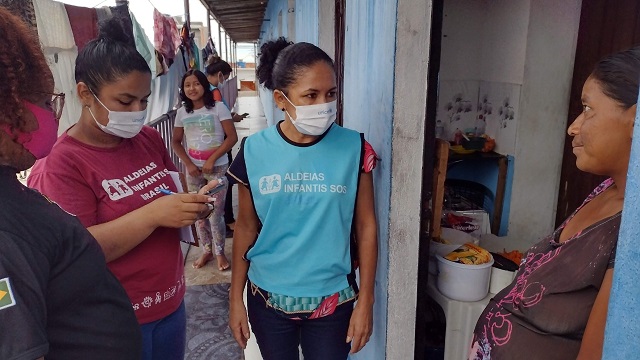 Hospitals in the Brazilian state of Amazonas and its capital city, Manaus, are overwhelmed. After a surge in infections linked to a new COVID-19 variant, many people do not have access to basic supplies nor a possibility to earn a living due to lockdown measures. Michele Mansor, program director at SOS Children’s Villages Brazil, says the situation in the region is critical for the most vulnerable.

What is the current situation in Manaus and the country in general right now?

The situation in Brazil is very worrying. The number of new cases increases every day as well as the number of deaths. Official national data updated until January 24, 2021, indicates that Brazil has around 9 million confirmed cases of COVID-19 and about 220,000 deaths. The state of Amazonas became the epicentre of the disease in the country (with 171.87 deaths per 100,000 inhabitants), with its capital, Manaus, being the third city with the highest deaths in the country. On top of this, Manaus’ health system has collapsed, hospitals are out of oxygen, patients are moved to other cities or states, families are in despair. Graveyards had to install refrigerated chambers for bodies because there is not enough space for all the corpses.

What are the current priorities for vulnerable families in Manaus? What are their biggest challenges?

Besides the terrible scenario regarding the health crises, the consequences of the pandemic in the national economy have affected Brazilian families, especially the poorest. The massive loss of jobs, whether formal or informal, tend to increase the number of poor people who are affected by the sudden loss of income.

It is important to say that the local governmental emergency subsidies only guarantee the payment of water, electricity and cooking gas for families; it does not include food, hygiene and cleaning items. 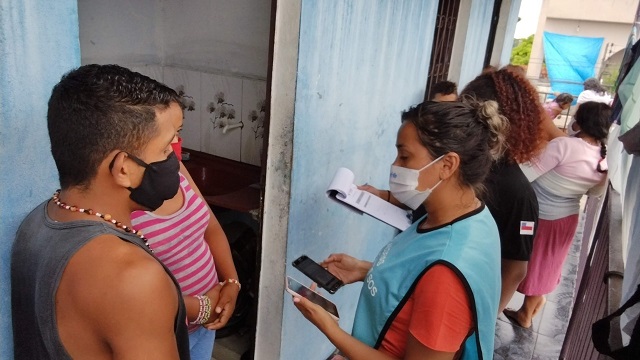 What is the impact of the COVID-19 crisis on vulnerable children and families in Manaus?

The families in Manaus are dealing with lots of challenges in their daily lives. They must figure out how to stay safe from the virus, and if they do get sick, they have to figure out how to get oxygen or even find a bed in a hospital. But there is another challenge: surviving poverty and hunger.

To try to contain the pandemic, Manaus is taking severe lockdown measures. Most of the families who live from selling food or goods at traffic lights or selling fruits at the street markets now have no way of making a living. The fear of getting sick is surpassed by their need to survive. Many do not know how to provide food for their children and how to pay their bills. Many families who depend on boat transportations and access to food supplies are finding it even more difficult.

Have there been increases in abuse and child-family separation?

Are kids going to school or are they still kept out?

Public school are still suspended and private schools have online classes. The local government has said that children may return to face-to-face classes by the end of April.

How can SOS Brazil still support the families in the communities during this second wave and the crisis?

SOS Children's Villages in Manaus is working to support 350 vulnerable families and is in constant contact with them. Through an alliance with UNICEF, the SOS Children’s Village in Manaus is a logistical spot for the distribution of personal protective equipment for the population living in the city and along the river. We are assisting Venezuelan refugees (Manaus has a large number of them, including the Warao indigenous group) through an emergency program we developed in the city. Our local team is working hard to support the families in all possible ways: we are visiting families, giving them emotional support, distributing tablets for young people to access employability training programs and opportunities, and we are distributing food and hygiene kits. But we need help because the need is enormous. So, we are launching a national campaign, aiming to reach another 1,000 families with food supplies, hygiene kits, face masks, thermometers, oximeters and other health supplies.

It is important to mention that the work that SOS Children’s Villages Brazil is doing and the campaign we are launching intends to unite people and involve them in our mission, to raise awareness on the emergency and promote solidarity in these difficult times. 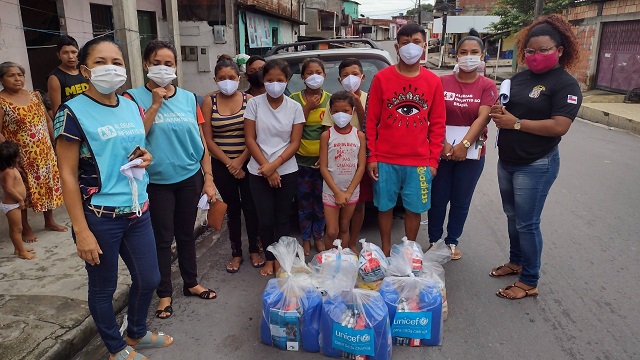 What would you like to see government and society do to help the situation of children and families?

Brazilian society is very touched by all that is happening in Manaus and is responding to a big solidarity movement. We hope this changes us as a society and that solidarity can be our motto from now on. The north region has always been far from the minds and lives of the rest of Brazil, and the situation in Manaus has put a light on that fact.

But although society is beginning to react and to respond in solidarity, these are small and isolated actions. The government needs to do its job. The health system and social policies, these are the government’s obligations and the state must do its part.