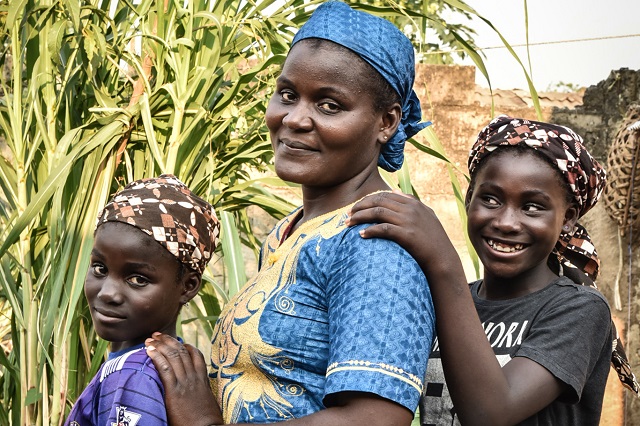 Struggling but enduring, a story of single motherhood in Cameroon

The death of a husband often means hardship for many single mothers in Central Africa. Often, they show incredible resilience to rise above such difficult circumstances to break the cycle of stigma. Assanatou is just one mother.

She felt desperate after her husband died from a long-term illness. Left alone to care for her teenage son, Malick*, and two nine-year-old twin daughters, Mariama* and Maimouna*, she wondered how she could make ends meet on her own.

“Some women like me were married very young without going to school or having the chance to do certain trainings,” says 37-year-old Assanatou. “Coming back to square one after losing a husband, with no one to support you with the children is tough.”

Despite the difficult circumstances, Assanatou did not give up. “I had to be there for my children,” she says. “Other single mothers like me turn to prostitution to provide for their children. I didn’t want to go down that path.”

In Cameroon, 39% of the population lives below the poverty line, a rate that rises to 51.1% for women alone, according to UN figures. Like Assanatou, nearly 80% are underemployed.

The reality for widows can be more difficult, as they can find themselves distant from family. A 2016 study on widowhood and women’s rights in Cameroon by Dr. Ngambouk Vitalis Pemunta of the University of Gothenburg stated that “while the family has absolute ownership of land, women and widows are considered as non-family members by both their natal groups and the kinship group into which they get married.” Legal gaps in Cameroon negatively impact women’ rights, the study found.

Unable to pay the rent on her home, Assanatou and her children moved to her family’s crumbling house in Nkong-si, an underserved community located on the outskirts of Mbalmayo, a city in Cameroon’s Centre province. Their new home was one of many ramshackle houses along a dusty road. 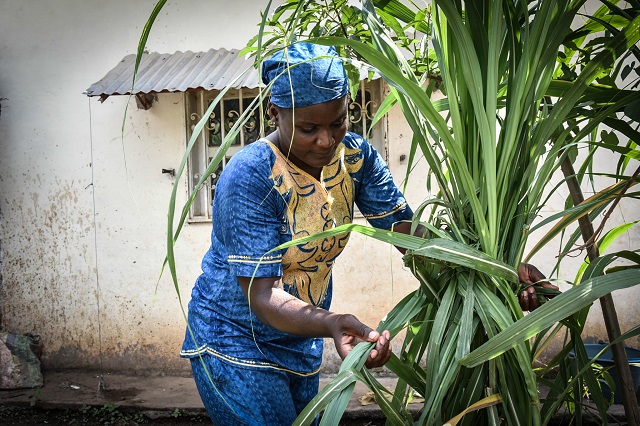 Although she struggled to send her children to school, Assanatou endured and found work where she could. Relying on her brother and sister who were already living with their families in the family house, Assanatou was able to kick-start her own little business growing small crops of cassava, corn, okra and sweet potatoes in the yard. This was not much, but it kept her going and allowed her to cover the transport of her children to school and their lunch.

“When I had a bit of money, I would prepare the meals and when I didn’t, my brother’s wife was there,” says Assanatou. “When it came to food, we would first feed the children even if that meant that at times some adults would not eat. We worked things out with the little we had.”

Assanatou joined the SOS Children’s Villages Family Strengthening program in 2016 and has come a long way since then. She set up a boutique in front of her house and makes a living selling household items and firewood, as well as bread and coffee in the morning. She is also the president of a nine-member strong village loans and savings association called “innovation” and recently convinced three members to invest in a chicken farm. So far, they have 15 chicks but have big plans to expand. 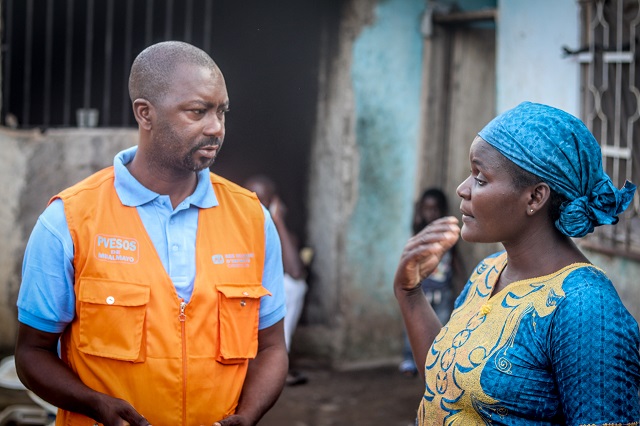 “Assanatou is a very resourceful and positive mother,” says SOS community worker Louis Doussam who has been following her family in the past few years.

Most importantly, Assanatou has become a better mother and a member of Nkong-si’s child protection committee that teaches caregivers and families about children’s rights and on the impact of emotional and physical violence against children.

“I learned a lot through the trainings I received from SOS and was particularly interested in the ones on children’s rights as I realized there were things, I would do in the past that were not right. I made many mistakes as a parent,” she confesses. “I would tell myself that since I am the mother of my children, this entitles me to do whatever I want. I could not have been more wrong,” she admits.

“In my community people look at me in a different way today,” says Assanatou. “Now, I feel like I can make a difference”.

*Names changed to protect the privacy of the children