Some facts about Norway

Norway is a constitutional monarchy in Northern Europe situated on the Scandinavian Peninsula. The country borders Sweden in the east, Finland and Russia in the north-east, with the rest of Norway bordered by the sea in the west and in the south. Norway's capital city is Oslo with about 1.4 million people. Bergen, where the SOS Children's Village is located, is the second largest city.

Norway has a population of about 4.7 million. There is a Sami minority of about 60,000. In 2011, about 17 per cent of the population had an immigrant background. These minorities include people of European origin as well as people from Canada, the USA, Australia and New Zealand. The official language is Norwegian, with the Sami minority using their native language.

The country has many natural resources and is one of the world's largest petroleum and gas exporters. These exports provide an important source of income.

An egalitarian society with a high standard of living

Norway has one of the best living standards in the world, with one of the highest GDP per capita rates. Norway ranks extremely high on the United Nations Development Index. There is a high life expectancy rate, and a low infant mortality rate.

Norway's unemployment rate is very low at 3.6 per cent (2010 est.). Around 2.9 per cent of the active population works in agriculture, 21 per cent in industry and 76 per cent in the service sector.

Norway is an egalitarian society: income differences are small and good quality health care and education is available to all. The city of Oslo holds an annual Freedom Forum which is an important meeting point for the discussion of human rights.

Although the overall poverty rate is low, and the state invests heavily in social welfare, the level of poverty among the immigrant population, especially Pakistani, Turkish or Asian immigrants, is surprisingly high.

Situation of the children in Norway

There are 1.1 million children under the age of 18 in Norway. Children, and their rights, play a central role in Norwegian culture. The Ombudsman for Children exists to protect these rights. Norwegian children have to go to school for ten years, but most attend longer.

Most children live with their birth parents, but the number who live with only one of their parents is increasing. Although the model of the family is changing in Norway, the effects on children's lives are limited by the extensive provisions of the welfare state.

In spite of the generally favourable conditions, according to national statistics, around 34,000 children were receiving assistance or were under protection from the state in 2008.  It is estimated that around five to ten per cent of children experience some form of physical or sexual abuse. About five per cent report that they have been bullied in school. Nearly 100,000 children are exposed to repetitive domestic violence. 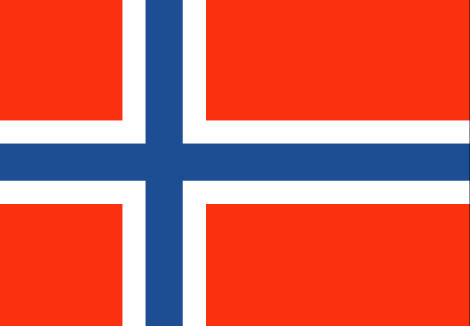