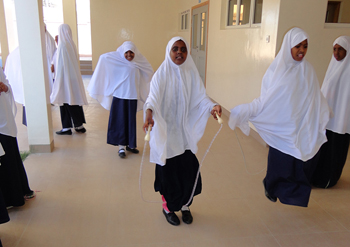 Nine-year-old Alma knows that knowledge is power; that is why she is studying hard at the newly opened SOS School in Hargeisa, capital of Somaliland. She hopes to become a teacher someday to enlighten her neighbours who believe that going to school is a waste of time.

Alma lives with her family in a two roomed house in Sheedaha, a poor area of Hargeisa.  Unemployment is high and most children have never attended school or have dropped out due to school fees. Since 2009, Alma has been able to attend school with support from the SOS Family Strengthening Program. She is determined to change the negative outlook people in her community have towards education. 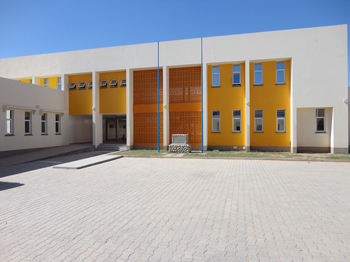 “I will study hard and become a teacher so I can educate my people in Sheedaha,” says Alma. “They need to be taught, to be exposed to different aspects of life. They need to change their mind-set and stop being ignorant to education.”

After her father died from throat cancer in 2007, Alma’s family was left without a provider. His savings from working at a local bakery did not last long and Alma’s mother was struggling to raise her five children.

The Family Strengthening Program recognized that the family was at risk of breaking up. In 2008, her mother received US $300 to start a business. A year later, when Alma turned three, she joined the SOS Kindergarten in Hargeisa.

“I like going to school very much because learning new things is so much fun,” says Alma. “I need to study seriously and attain good grades so I can get a good job in the future. I need to help my family.”

Today, she has a new desk and her classroom smells of fresh paint. Classes in the newly constructed school began last November.

“The school is now 60 per cent full,” says Faisal Abdillahi, the school’s head teacher. “The response from the community has been overwhelming.”

“It is very important to go to school, because you get exposed to the world,” says Alma. “You think beyond your surroundings and you are able to share that with others.”