A safe haven in Swaziland 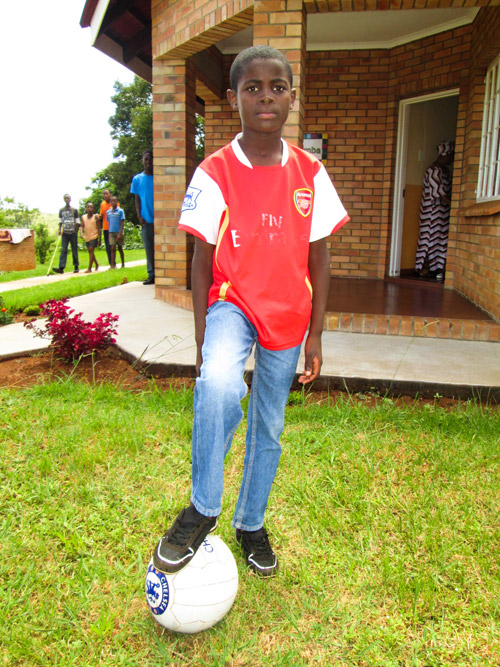 Maseko was about to turn four when he came to live at SOS Children’s Village Nhlangano in Swaziland. At the time, Maseko was living with his grandfather and primary caregiver, a retired security guard, who could not afford Maseko’s school fees.

When the boy frequently visited the clinic at the Village, everyone was struck by how lonely he was. No other children lived by Maseko and since he did not attend school, he was alone at home. As a result, Maseko was placed in the care of SOS Children’s Villages, where he was immediately surrounded by brothers and sisters.

“My brother Tsepo is the one that taught me football and my sister Sandile showed me how to pick the best lettuce from our garden to prepare a salad for our family,” says Maseko proudly.

Swaziland is a developing country situated between South Africa and Mozambique.Roughly 100,000 children in Swaziland are orphans. The vast majority have lost their parents to HIV/AIDS, a pandemic which affects 26 per cent of the country’s population.

SOS Children's Villages began its work in Swaziland in the 1980s. Since then, SOS has supported children and young people in three locations by providing care, education and medical assistance.

Family Strengthening Programs also provide support to vulnerable families in surrounding communities who are at-risk of breaking up. The programs provide food assistance, literacy classes, and help with the renovation of homes. They also assist parents by providing guidance on food production, parenting practices, as well as support to families who have been affected by HIV/AIDS.