Children in Gaza and Israel are suffering from the violence 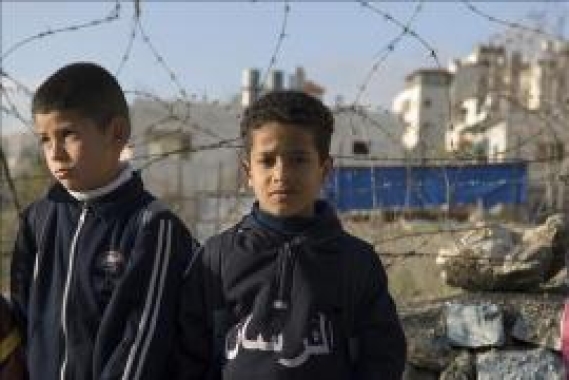 Experiencing violence is equally traumatizing for all children; the psyche knows no ethnic or political borders. Children in SOS families in the Gaza Strip and in Israel are suffering from the on-going violence and threat of violence.

The children in SOS Children's Village Rafah, located in the Gaza Strip, may have learned how to live in the presence of a latent or, more often, outright state of emergency, but the constant threat of violence engrains itself in the spirit of the children. And it has not been this bad for some time now.

The SOS Children's Village in Rafah was established in 2001, in addition to two kindergartens, a school and a social centre in Gaza City for some 4,400 people from especially vulnerable families.

Normality, which by definition requires peace, is unknown to the children. And now the rockets are raining down again. "All areas of the Gaza Strip lie within range of the missiles," reports SOS co-worker Maha Lolas. "Yesterday the SOS mothers were able to go out to buy food. You can see and hear the bombs, an enormous strain on everyone, but for the children especially. The SOS mothers are doing their best to convey a sense of safety to the children and to maintain contact with their relatives. When a child hears the voice of a family member, it can be very soothing," says Maha.

The fate of hundreds of families in the Gaza Strip whom SOS Children's Villages supports through family strengthening is unknown; they cannot leave their homes and likewise it is not possible to visit them. They all live in the danger zone.

Already twice in the past, SOS Children's Villages Israel informed the authorities and military about the geographical coordinates of the SOS Children’s Villages programmes in Gaza and the West Bank so as to ensure their physical safety - anything but self-evident in the prevailing climate in the Middle East. SOS Children's Villages in Israel and in the Palestinian territories literally tries to transcend borders.

Ahituv Gershinsky, director of SOS Children's Villages Israel, is praying these days for an end to the suffering on both sides, peace for all. For SOS families in Israel the tension is great as well, especially in Arad, where sirens are heard, warning of rockets being fired by militant groups in Gaza in the direction of Tel Aviv and Jerusalem. There are 45 children in the care of SOS families in Arad who have relatives living in areas that are the target of the rockets coming out of Gaza. For the time being, visits have been cancelled as well as doctor's appointments at the large hospital in Beer Sheba.