The 101 children of Tacloban 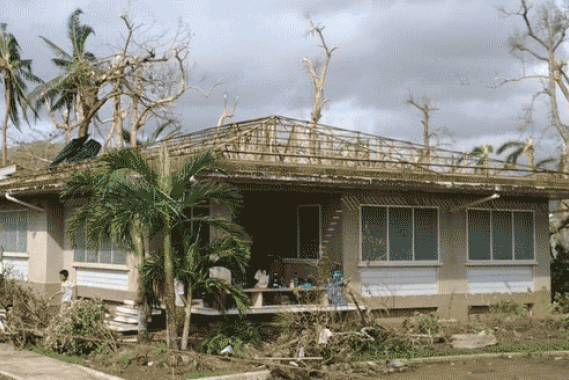 “Mama tied a rope around my waist which was connected to hers so that I will not get separated from her,” recalls nine year-old Arvin. He is among the 101 brave children from the SOS Children’s Village in Tacloban who were lucky to survive Typhoon Hayian.

These children are among seven million people in the Philippines affected by one of the most severe tropical cyclone ever observed. And at the SOS Children’s Village in Tacloban the children in that Village, alongside their SOS mothers and several retired SOS mothers, will never forget the events of November 8, 2013.

“It was horrifying; I thought I was going to die. Half of our rooftop went flying,” says eleven year-old Marie who was injured by glass as windows were shattered by the raging Typhoon. The rising water levels forced her and the children around her to move to the upper bunk of their beds. But as the storm raged, the water kept on rising.

Family is the heart and soul of SOS Children’s Villages around the world and Tacloban is no different. While scared for his own life, 13 year-old Daniel did what came natural to him; he consoled his younger siblings who were crying, believing that they were about to drown. By that point they had noticed that the roof tops of four nearby houses disappeared.

The SOS mothers in the Tacloban village improvised as best they could to protect the children. Mattresses were used as shields to protect them from flying debris, as windows continued to break and water continued to rise. Bunk beds were almost immersed by the water that engulfed the children’s’ village. The only route of escape was the roof. But, those trapped inside did not have the tools necessary to break through.

Fortunately, just before the wind abated a sheet of roofing blew off, providing space for those inside to make their escape on to the rooftop.

“It was as if the heavenly father sent us a way out,” cried Nanay Dottie, while recalling the terror of her experience. “It gave us hope – hope of survival”. For two rain-soaked hours perched on the windswept rooftop, Daniel and the other children shivered. “I thought I was going to die!” he said. He was one of the 101 children at the SOS Children’s Village Tacloban who were forced to take to the rooftops following the floods that followed the Typhoon.

The Tacloban SOS Village has suffered severe structural damage. Their counterparts at SOS Children’s Village Calbayog 170 km away have since came to their rescue. Today, the children of Calbayog are comforting their guests who appreciate the fact that they are again secure in a loving environment.

While these children are fortunate, there are many more children and families among the seven million affected by Typhoon Haiyan. Your support of SOS Children’s Villages will help us provide water, food, shelter and medicine to those who are desperately in need. Donate now.