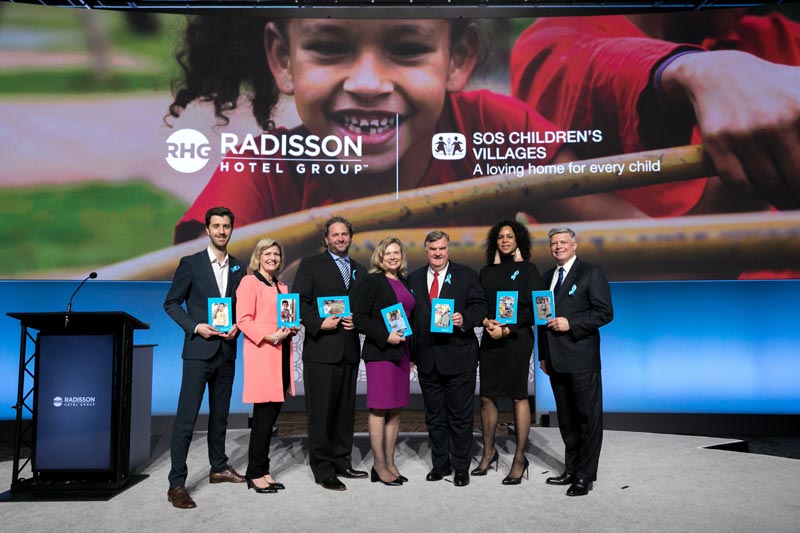 Radisson Hotel Group™ has launched a global partnership with SOS Children’s Villages to support the most vulnerable children around the world who have been orphaned, abandoned and are at risk of being left behind.

Radisson Hotel Group™ is one of the world's largest hotel groups with eight distinctive hotel brands, more than 1,400 hotels in operation and under development around the world. As part of Radisson’s commitment to responsible business, it aims to have each of its 1,100 hotels sponsor at least one child and develop meaningful relationships with SOS Villages worldwide.

This collaboration with Radisson Hotel Group™ will allow SOS Children’s Villages to strengthen its work and reach more children who have lost or are at risk of losing parental care. In the near future, the partnership will be connected to Radisson Rewards, the group’s loyalty program, where members can redeem points for donations towards SOS Children’s Villages.

If you are a Radisson hotel owner or general manager use this form to sponsor a child.