Home » About SOS » Where We Help » Europe » the Czech Republic

Medlánky was the third location in the Czech Republic where SOS Children's Villages started working. In 1974 our villages in what was then Czechoslovakia fell into state hands and it was only after the political changes in December 1989 that we were able to re-start our work in the country.

What we do in Medlánky

SOS Children's Villages has been present in Medlánky since 2003. Children who can no longer be cared for by their parents, can find a loving home in one of the ten SOS families, where they live with their brothers and sisters and are cared for by an SOS mother. There is also a pedagogical and psychological counselling centre. The children are fully integrated into the life of the local community as they attend the local schools and take part in activities organised by the neighbourhood.

When young adults are ready to leave the SOS families they can move into the SOS Youth Programme in Brno. The young people can live here while they attend further education or receive training. With the support of qualified staff they are encouraged to make their own decisions and take the first steps towards an independent life.

1Youth Facilities
11Youths in our care

Medlánky is situated just outside the city of Brno in Southern Moravia. The city has a strategic position, as it is situated only around 200 km from the capital cities of Prague, Vienna and Bratislava. Brno is the second largest city in the Czech Republic and the largest in Moravia. The city is also an important administrative centre, being home to the judiciary and various state organisations. Historically the people in the area were involved in manufacturing and industry, but in recent years the service and technology sectors have become increasingly critical.

However, the changes in activities have not benefited all segments of the population. Women (especially those with pre-school-aged children), people of Roma background or other ethnic minorities, and young people with disabilities often find it hard to get work.

In the recent past the United Nations Committee on the Rights of the Child has criticized the Czech Republic for the high number of institutionalized children. In particular, there are a high number of Roma children who have lost parental care and are now living in institutional orphanages. Children from the following social groups are also at risk of losing parental care: those with parents who have physical or mental disabilities, those who live in single parent families or in households where parents do not have a high level of education. Families who are in a vulnerable situation often find it hard to obtain support.

SOS Children's Villages has been very active in the development and implementation of the child protection policy in the Czech Republic. Given the number of children without parental care who are in institutional care, the SOS Children's Villages idea that children could be looked after in loving SOS families, rather than in state-run institutions, continues to be very important. Children who have grown up in SOS families are individually supported until they can live independently. 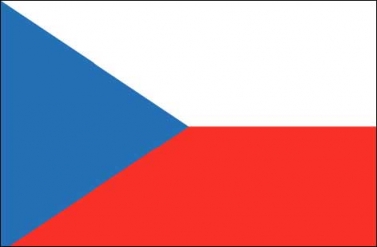