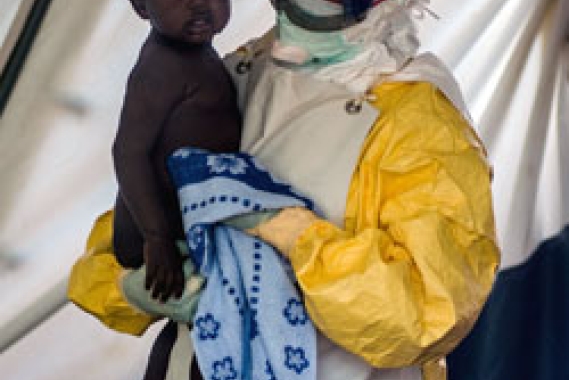 SOS Children’s Villages is offering help to orphaned and abandoned children who have lost a parent to Ebola.

More than 3,700 children in Guinea, Liberia and Sierra Leone, have lost one or both parents due to the Ebola epidemic, according to UNICEF. These children are particularly vulnerable as many are being shunned and stigmatized by their communities.

As a result, caretakers are urgently needed for these children. SOS Children’s Villages has provided support to over 160 orphans in Sierra Leone. We are ensuring these children have essential amenities to survive this crisis, and we hope to reunite them with extended family, or where not possible, find new homes for them.

The CEO of SOS Children’s Villages International, Richard Pichler, explained that SOS is also calling on all governments and stakeholders to place children at the top of their agenda.

“As the Ebola epidemic continues to grip West Africa, we are seeing increasing numbers of children who are left without parental care. The terrible economic, social and psychological effects of this outbreak will continue for years, and we have to be prepared for the fact that even more children will be orphaned and more parents will struggle to provide a stable environment in which their children can grow up,” he said.

Needs assessments are currently underway to help expand and extend support to orphaned or abandoned children in all of the Ebola-affected countries.

SOS has cared for vulnerable children in Guinea since 1989, in Liberia since 1981, and in Sierra Leone since 1974.

Canadian's wishing to help the situation in Guinea, Liberia and Sierra Leone are encouraged to make a financial donation towards the SOS Ebola Emergency Program.