Many families in El Salvador lack the necessary support to better their situation and ensure that their children will be able to escape the cycle of poverty as they become adults. The safety, health and education of children must be ensured in order to achieve long-term improvement and a peaceful society.

What we do in San Vicente

Children spend a lot of time with each other, and form relationships which often last a lifetime. (photo: SOS archives) SOS Children’s Villages began its work in San Vicente in 2004. Today, our social centres here provide a family strengthening programme, which aims to alleviate hardship in the community in a holistic and sustainable manner. Its services include a day-care centre and a childminding programme where babies, infants and pre-school children can be cared for. This allows working parents and single mothers to leave their children in safe hands while they are out making a living.

The social centres also provide counselling and psychological support, as well as training workshops for parents so that they can gain skills and improve their income.

For children from the area who are no longer able to live with their parents, 13 SOS families can provide a loving home for up to 117 children. In each family, the children live with their brothers and sisters and are affectionately cared for by their SOS mother.

In central El Salvador, life is marked by insecurity and fear for many families

SOS Children's Village offers a safe environment for those children who have lost parental care. (photo: SOS archives) San Vicente is the capital of the department of the same name in central El Salvador and has a population of roughly 53,000. In rural San Vicente, agriculture, especially the sugar industry, is the main pillar of the economy. SOS Children's Villages began its work here in central El Salvador because this region experiences social problems which gravely affect the lives of many families and children.

San Vicente is one of the poorest departments of El Salvador: unemployment is high and a shocking 25.8 per cent of the adult population is illiterate. Only 42.2 per cent have running water and just 52.5 per cent can access health services.

Twenty years after the end of the civil war, violence still permeates society

Most of El Salvador’s gang activity is concentrated in the central, most densely-populated region, which includes San Vicente. Due to the USA’s Zero Tolerance Policy, thousands of young migrants who had committed offences were deported back to their home countries in the mid-nineties. Using US street gang culture as a model, they began forming their own gangs, which became increasingly violent over the years. Today, the San Vicente region has one of the highest homicide rates in the country.

Young people from rural areas who are not employed in agriculture migrate to the cities, but urban unemployment, especially amongst young people, continues to be a great problem. This lack of opportunities and support are some of the factors that can drive young people to join a gang.

The safe and healthy development of children growing up these circumstances is endangered not only by difficult economic conditions, but also by a culture of violence that puts them at risk of losing family members or becoming involved in criminal activities themselves. Parents, especially when they are young or single mothers, need support so that they do not lose hope and can provide a loving home for their family. 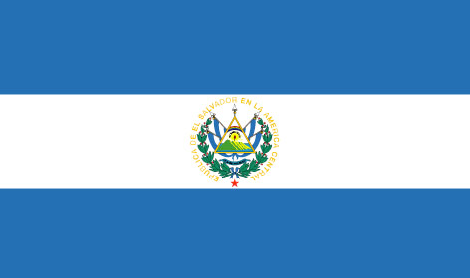