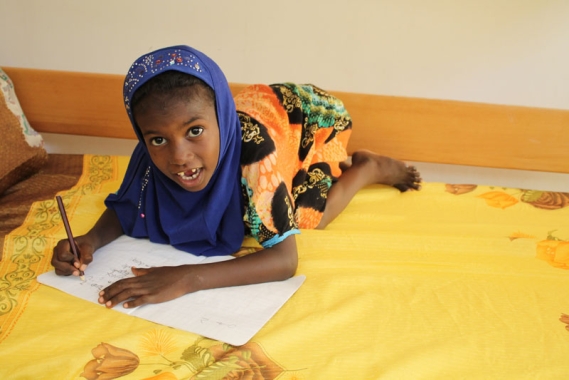 Rara, was born in Dorra, northern Djibouti. A dry countryside characterized by rocky volcanic terrain and sparse vegetation. Like most children here, Rara was delivered at home; her date of birth is unknown because it was not recorded.

Now thought to be about 7 years old, Rara was raised by her widowed mentally ill mother, who also suffering from partial paralysis on the left side of her body. This debilitating condition robbed Rara parental affection, love and a positive childhood experience.

She was forced to grow up quickly to be the care-giver to her mother. This huge responsibility affected her mental and physical development, and the ability to thrive. And at six years old, Rara had still not been enrolled in school. Taking care of her ailing mother and surviving on bare minimum was all the life she knew.

“Rara was a child at risk. She was growing up in an unstable home and her mother was too sick to care and provide for her,” says Ali. “She had no space or time to feel good about herself or become the individual she really was. She needed to grow up in a loving family.” 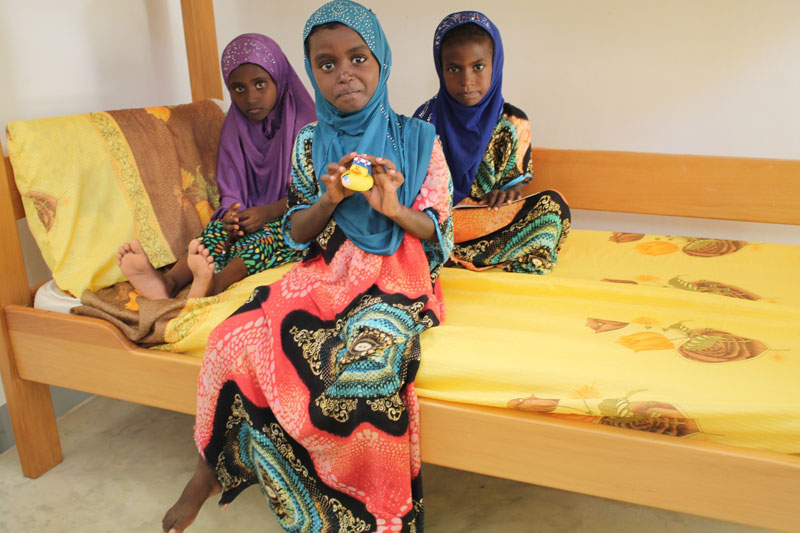 In September 2014, skinny and with a tired face, Rara started a new life in SOS Children’s Village Tadjourah.

“She did not talk much because she had difficulties expressing herself. She also had a slight stammer. Her SOS Mother had three very young children in her care. So she was delighted that Rara being the eldest would help a little with the chores,” says Ali.

“To my surprise, she completely refused to help in the house,” says Choun, Rara’s SOS mother. “Whenever I told her something she did not like she would roll on the ground and make horrifying crying sounds but without tears. She was also not interested in mingling and playing with other children. The few times she joined them she would pull their hair or push them off the swings.”

At school, her class teacher described her as, “always absent minded and without focus.” She would stand up and walk around the classroom in the middle of a lesson. Sometimes she would just walk out of class.

The environment in the SOS Children’s Village is nurturing and conducive for children who have had a traumatic background. They receive the support and love necessary to start healing emotional wounds and to re-awaken a deep buried desire of living. They become children again and rebuild new memories.

Three months into Rara’s admission she began developing a sense of belonging, and trust was slowly building between her and her SOS family. Rolling on the ground and crying stopped; she started taking interest in other children and helping with house chores.

“Rara is a perfectionist especially in cleaning,” says her SOS mother. “She is also quite protective and caring. You can tell by the way she is always carrying her baby brother around. Her absent mindedness has reduced slightly and she is expressing herself well these days. You can have a conversation with her.” 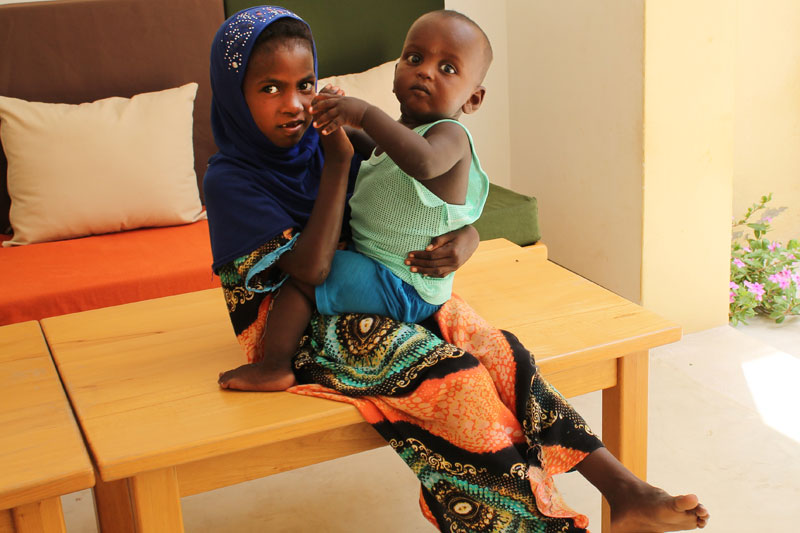 Schooling for her though is still a challenge. “Rara does not like reading and she never goes to the library” says Houssein Mohamed the village educator. “Her curiosity is in touching everything that she has never seen; and there are many such things in the SOS program. She also keen to learn the names of the new things she discovers every day,” he says.

Her SOS mother adds; “Rara needs a family that surrounds her, that validates her and accepts her as she is. She needs to be showered with affection and love because she is a fragile girl.”

Rara’s is simply a child and her SOS family is giving her the space and encouragement to become more and more confident. Her inspiring story is evidence enough that every child can reach their potential if placed in a fostering environment. Rara is now building new memories through positive experiences in her SOS family.