Sponsor a Child in Jordan

SOS Children's Villages started its charity work in Jordan in the 1980s. At first our organisation was present in Amman and over the following decades, it began supporting children, young people and families in the harbour town of Aqaba and in the northern city of Irbid.

Sponsor a Child in Jordan
Media

SOS Children's Villages in Jordan has developed a series of activities in response to the various problems faced by children, young people and families in the localities where our organisation works. SOS Children's Villages has remained open to acknowledge and address local challenges; it provides support to communities, through the provision of day care, and educational support. The social centre in Amman provides long term assistance, often in the form of counselling and psychological support for all areas of life. When children can no longer live with their families, they can move into SOS families where they are cared for by the SOS mothers. As children grow older, and their needs change, they can move to special houses where they receive care and guidance from professionals. 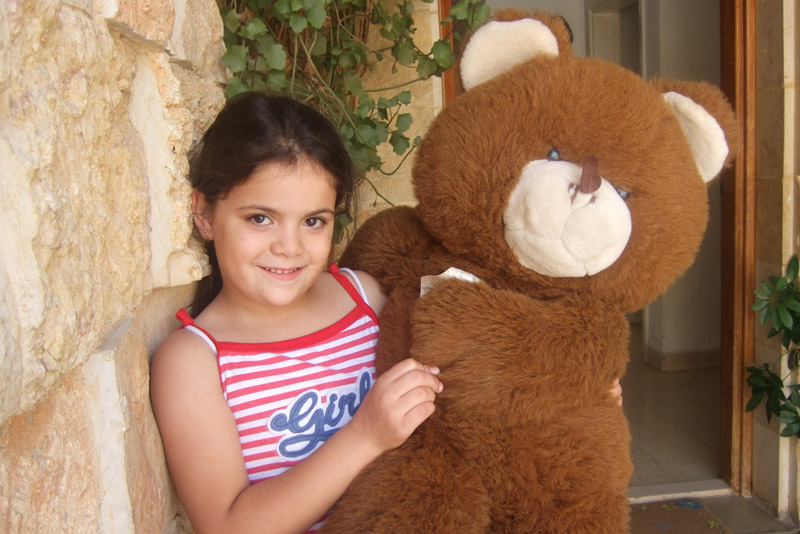 KINDERGARTENS
The SOS Kindergarten in Jordan are a fundamental building block for the early development needs including, intellectual and social skills for children.
2
KINDERGARTENS
331
Kindergarten students

Sponsoring a Child in Jordan

SOS relies on the kindness and generosity of Canadians to be able to provide a home for the most vulnerable children of Jordan.

Please help us ensure a loving home for every Jordanian child. Sponsor a child in Jordan now.

Most of the population live in urban areas

The Hashemite Kingdom of Jordan is situated in the Middle East. It borders Syria in the north, Iraq in the north east, Saudi Arabia in the south and the east, the Gulf of Aqaba in the south, and Israel and the West Bank in the west.

Jordan has a population of 6.5 million (July 2013 est.), with the capital city of Amman being home to 1.1 million. Around 80 per cent of the population lives in urban areas. Although over half of the country consists of the Arabian Desert, the western part of Jordan is arable land and forests.

The country is situated in one of the world's most politically volatile sub-regions, making it vulnerable to regional economic and political developments. In 2011, and as changes were taking place in neighbouring countries, sectors of Jordanian society took to the streets to demand political changes. In addition, the influx of Syrian refugees has put pressure on public services.

Jordan has one of the highest standards of living in the region. In the 2010 Human Development Index, Jordan came seventh among Arab countries, which placed it in the "high human development" bracket. A large proportion of the population is highly educated, and most have access to a good health system. The improved health care system, which focuses on prevention, has led to important reductions in infant and maternal mortality rates. The life expectancy rate is one of the highest in the area - 78.7 years for men and 81.4 years for women.

The economy has been badly affected by the recent political unrest in the country and region. In the past, tourism has been an important source of employment and income, but recently the number of people visiting the country has plummeted. The official unemployment rate remains relatively high at about 12.5 per cent. Poverty is mostly found in rural areas, where households are often bigger and there are fewer opportunities to make a living. As a result many people from the countryside move to the cities, especially to Amman and neighbouring areas, where there is better access to basic services and more employment options. However, this rise in number is putting greater pressure on the urban services.

Jordan is home to over two million refugees: about 1.8 million from Palestine and around 500,000 from Iraq. In addition, an estimated 160,000 people who were internally dispersed by the 1967 Arab Israeli War continue to live in the country. Most recently, an estimated 500,000 displaced people (July 2013 est.) from the Syrian Civil War have sought refuge in Jordanian camps.

Due to the high level of political commitment, Jordan has made progress in improving the situation of the majority of children living in the country. Most children in Jordan have access to quality education and health care. Education is highly valued by Jordanian society and government investment in this sector is high.

Children who are at risk of losing parental care include those where one parent has died, where the child is born out of wedlock or where the parents have divorced. The extended family plays an important role in Jordanian culture, and they usually take care of children who can no longer live with their parents.

Poverty, however, continues to shape the lives of many children. Children from poor families are often forced to work, and this frequently means they drop out of school. Many are exposed to harsh and hazardous working conditions in construction, carpentry, and mechanics. The number of child labourers is rising, as is the number of children working and begging on the streets.