Retiring After 40 Years of Compassion in Nepal 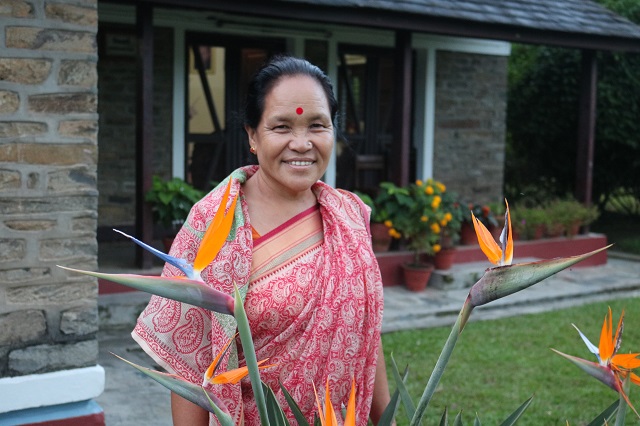 An SOS Mother’s 40 Years of Care

Many committed SOS mothers devote years caring for children, but Chandra Kala Thapa of Nepal has the distinction of being one of the longest serving mothers.

Chandra cared for children for 40 years at SOS Children’s Village Gandaki in the city of Pokhara in central Nepal. Over that time, she raised 35 children – 22 boys and 13 girls. She raised seven since they were babies.

“I am the most fortunate woman in the world,” she says. “Nothing is more satisfying than to live for those needy children. I could hardly help two or three children as a biological mother but here I could bring up 35 children. I am proud of my SOS family.”

All of the older children who grew up in her SOS family have graduated from high school or have gone on to university. Many work or created businesses and two live abroad, in Denmark and Canada. Some married and have started their own families, giving Chandra 16 grandchildren. 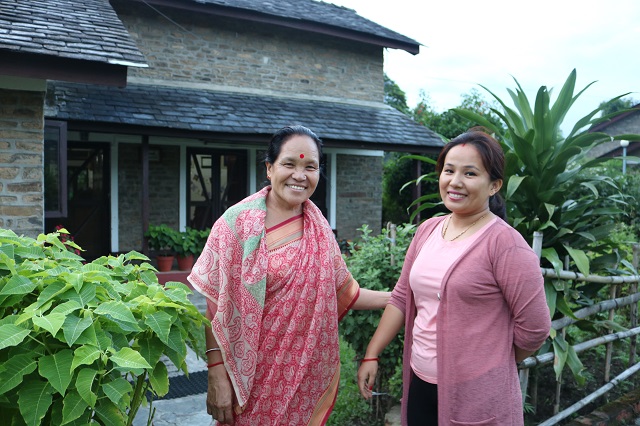 Dawa Lama Sherpa, 27, a daughter, says Chandra “has always been a loving and caring mother.

“She could be a little strict sometimes, especially when it came to our studies. She would always say that we need to think about our future and for that we need to study hard,” says Dawa, who came to SOS Children’s Village Gandaki at the age of four and now works at a life insurance company. She got married in October.

Younger brother, Nirajan Malla, 26, says of Chandra: “She means a lot to me. She raised me from when I was 21 days old. She’s my world.”

‘She means everything to me’

Chandra says it is most important to prepare children to live an independent life. “We have to help them, love them, encourage them and teach them what we know,” she says, sitting in her living room by a cabinet full of sports medals and trophies. “I play the role of a teacher also.”

On a typical day, Chandra’s home would bustle with activity. Before school, the children tidy up their rooms, eat breakfast and finish homework. After school, they join others in the SOS Children’s Village – some 150 children altogether – in playing soccer or learning taekwondo. In the evening, they study and help around the house, including helping to prepare dinner.

When asked to describe Chandra, one 14-year-old boy who has lived in her home for the past seven years, says: “She’s like a god.”

“She cures us when we are sick and helps us to do our work. She teaches us how to do good and not to do bad to others,” he says. “I feel she’s my real mother. I never thought my mother was not there. She means everything to me.” 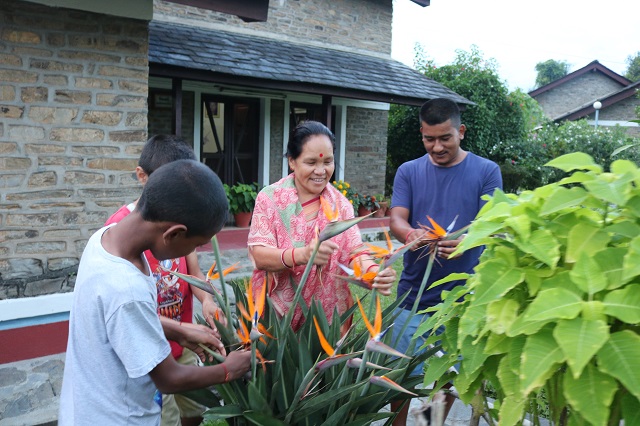 Another of Chandra’s grown sons, Raju Sapkota, is an example of a young man now standing on his own. For the past 10 years, he has run his own restaurant and lodge in Pokhara called Sanu Lake on de Water. Being a father also helps him to appreciate Chandra and the work of all the SOS mothers.

“I was a child with nothing, and now I have my own business and my own family. I’m giving jobs to so many people, including young people from SOS. Today I’m living an independent life. This is a big credit to Chandra,” he says.

Chandra is now retired but as a senior SOS mother, she acted as the mothers’ representative with management and trained new mothers. She even trained the SOS aunt that eventually took over as the SOS mother for her family home.

When an SOS mother retires in Nepal, she still receives 60% of salary and can live in the village where they have a support network as they age. “They are like our family members,” says Mr. Shrestha, the village director. 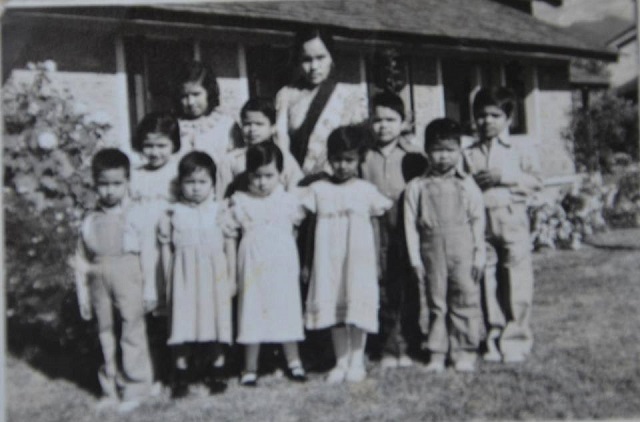 Chandra recalls one highlight of her career being when Dr. Hermann Gmeiner, the founder of SOS Children’s Villages, visited the Village and stopped by her home in 1981. Though they spoke different languages, she believes they were able to communicate their appreciation for one another and the importance of their work.

“Dr Hermann Gmeiner laid the foundation of SOS,” Chandra says, “and I’m proud that I could put one brick in his SOS movement.”

Canadians wishing to help vulnerable children are encouraged to sponsor a child, sponsor a Village or make a one-time donation. You can also contribute to our Mayday Fund, which supports SOS emergency responses during critical situations.Your support will change the lives of orphaned, abandoned and other vulnerable children. Please help today.