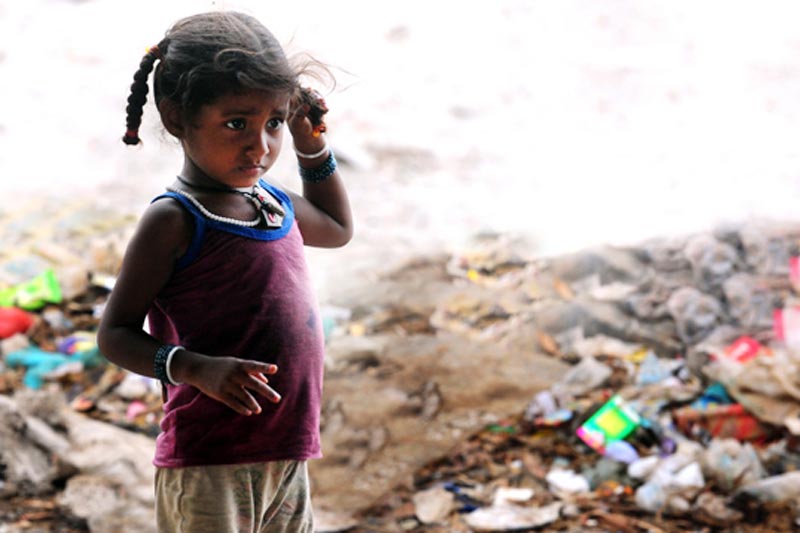 Worldwide, millions of children are forced into unpaid or paid work that deprives them of an education, a happy childhood and a prosperous future. Learn about the child labour situation in India and what more needs to be done.

Facts about the economic exploitation of children worldwide

While child labour around the world has declined by more than a third in the last 15 years, it remains a serious challenge and barrier to the well-being of children. According to a 2017 report by the International Labour Organization (ILO), the number of child labourers around the world fell from 246 million in 2000 to around 152 million in 2016. However, millions of children continue to be exploited for cheap labour, especially in countries such as India.

How many child labourers are there in India?

According to the ILO, there are around 12.9 million Indian children engaged in work between the ages of 7 to 17 years old. When children are employed or doing unpaid work, they are less likely to attend school or attend only intermittingly, trapping them in the cycle of poverty. Millions of Indian girls and boys are going to work every day in quarries and factories, or selling cigarettes on the street. The majority of these children are between 12 and 17 years old and work up to 16 hours a day to help their families make ends meet. But child labour in India can start even earlier with an estimated 10.1 million children between the ages of 5 and 14 years-old engaged in work.

As children get older, their involvement in employment also increases. In India, 20 percent of all children aged 15 to 17 years old are involved in hazardous industries and jobs . Measuring the exact scale of child labour in India is difficult as it is often hidden and under-reported.  There are almost 18 million children between the ages of 7 to 17 years old who are considered “inactive” in India, neither in employment nor in school. These missing girls and boys in India are potentially subject to some of the worst forms of child labour.

According to a study by the ILO, the majority of the world's child labour (around 71 percent) is done in the agriculture sector, including cotton plantations and rice fields. Around 17 percent are employed as service staff, mainly as domestic workers or in restaurants, and another 12 percent of child labour is spread across jobs in the industry sector, including dangerous activities in mines.

Many child labourers in India are working for starvation wages in textile factories, helping with the processing of carpets, or doing back breaking work in brick making factories and quarries. Other child labourers work selling cigarettes, called "Bidis", on the street for the tobacco industry. Children are also used for cheap labour in industries such as steel extraction, gem polishing and carpet manufacturing.  A staggering number of girls are victims of child trafficking in India, whether through traditional bondage or through organized crime. The commercial sexual exploitation of children is among the worst forms of child labour and in India there are around 1.2 million children involved in prostitution.

What are the causes of child labour in India?

Despite the recent economic boom in India, more than a third of all Indians still live below the poverty line. The technical innovations and developments in the IT sector have not created jobs in poverty-stricken areas. People from rural areas with little education often see no alternative but to take their children out of school and put them to work to help feed their family. Due to the dire situation of many families, children are sold by their fathers and mothers to child traffickers or parents abandon their children in the countryside while they look for work in a big city. These children are especially vulnerable and are often exploited by traffickers who force the boys and girls to work for very low wages or nothing at all.

Are there not Indian laws against child labour?

The Indian Government enacted a law against child labour in 1993 prohibiting dangerous work or activities that could harm the mental, spiritual, moral or social development of girls and boys under the age of 18. However, child labour continues for a number of reasons, for example people exploit loopholes in the law which allows the employment of children if the work is part of a family business. Thus, having children sell cigarettes on the street could be considered legal if it is part of a family business.  In addition, numerous business leaders, such as mine owners, hold political office and have considerable influence. Companies may not be interested in banishing the cheap labour from within their business operations.

In 2006 and again in 2016, the laws against child labour were tightened to ensure that children under the age of 14 were prohibited from working as domestic help or service staff in restaurants and hotels. However, child labour in family businesses remains acceptable. In addition, the law does not apply to 15 to 17 year-olds who are only prohibited from doing "dangerous" work. These laws also do not exclude activities such as field work where children are exposed to pesticides or physically exhausting work like carpet weaving.

To ensure the enforcement of these laws, the Indian government is currently developing another law which would increase the punishment for employers who use child labourers under the age of 14, changing the penalty from a fine to a prison sentence which would last several years.

What needs to be done to stop child labour in India?

Access to education is also vital to break the vicious cycle of poverty and child labour. As children complete higher levels of education, they are more likely to find decent work in adulthood and can use their income to care for themselves and their families without relying on child labour. Although education is compulsory and free in India for children up to the age of 14, widespread poverty forces families to prioritize putting  food on the table over sending their children to school.  As a result, many children attend school irregularly or not at all because they have to work instead.

How does SOS Children's Villages in India help?

In order to stop exploitative child labour, SOS Children's Villages in India are focusing on education and providing support for families.

For example, parents are provided with vocational training courses which help them build their skills and capacity so they can generate additional family income. With the ability to supplement their current income, the family is no longer reliant on having their children work just so that they can make ends meet.

With a stable family income, the economic barrier to sending their children to school is removed. The SOS Family Strengthening Programs also helps in covering the costs for school supplies and uniforms to make education more accessible to those in need.

The SOS Family Strengthening Program and Social Centres are active in 31 locations across India where the need is greatest:  in poor rural areas and in the slums in larger cities. Altogether, 33,000 family members are currently receiving support  so vulnerable children in India can receive the care and education they need to break the cycle of child labour. Donate now to the SOS Family Strengthening Programs in India.

If children can no longer stay with their parents or extended family, SOS Children’s Villages India will invite them to live in one of its SOS Villages where they are provided with a loving SOS mother, quality education, healthcare, nutritious food and all the things necessary for a bright future. You can help these children by sponsoring a child in India for about a $1/day.