Dr. Kira Vinke, project leader at the Potsdam Institute for Climate Impact Research in Germany, has researched for years how climate change affects people around the world. In this interview, she explains why poverty can be a direct result of climate change and why families and children will be particularly hard hit by this global crisis.

What does climate change have to do with poverty?

Climate change can deprive people of their livelihoods and increase poverty many times over. That is why the fight against poverty cannot work without addressing climate protection. 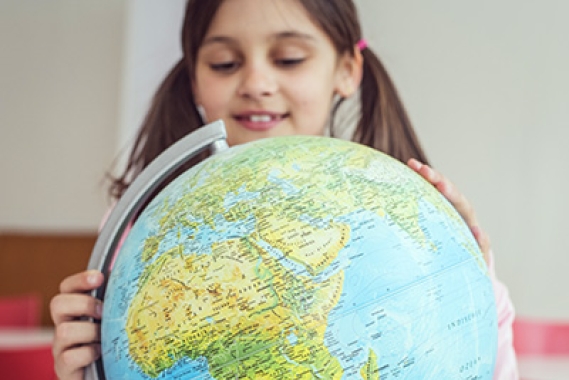 What are signs that climate change is already increasing poverty?

We have already ignored many warning signs, and it is now hard to overlook the impact of climate change on human development. In 2019, I did research on the Caribbean island of Barbuda, which was completely evacuated after an extreme storm destroyed everything. Two years after that storm, it looked as if the catastrophe had happened just yesterday. Many homes had not been rebuilt. The population still had no running water and there were frequent power outages.

Even after these extreme weather events have disappeared from the news, they still are having worrying long-term effects.

Honduras is a more recent example, where livelihoods have been destroyed after back-to-back hurricanes devastated the country. Such economic shocks in combination with other pressures, such as political instability and violence have driven migration.

Natural disasters – which occur with greater frequency and intensity – act as risk-multipliers and can drastically set back the development of entire countries.

To what extent will climate change impact children?

Millions of children will be in need if we do not stop climate change. When a family suffers from an extreme storm or drought, it affects the family itself: the relationship between parents and children.

All families are impacted by these environmental changes, as we are not isolated from environmental events. Even people who are not directly dependent on agriculture need a functioning environment. Global disruptions can therefore affect families around the world.

How might climate change increase the risk of family breakdown?

Extreme events, like storms and floods can lead to humanitarian emergencies, including the sometimes chaotic displacement of people. Children may be separated from their families in the aftermath of such disasters and their access to health services and education may be disrupted.

In the worst case, they lose their parents or siblings and experience severe trauma. In less extreme cases households may split in order to diversify incomes in response to agricultural losses.

It is not uncommon that women and children stay behind in rural areas affected by climate impacts, while men seek employment in urban centers. All of these dynamics put pressures on families and disproportionally affect children, who have little to no resources to protect themselves.

How will climate change affect migration?

Existence-threatening climate shocks are already driving migration. For example in southern Bangladesh, where many people are moving from rural areas to cities due to tropical cyclones. Or in the Pacific region, where rising sea levels threaten entire island states. We can see that the pressure to migrate is increasing, and with this comes a great deal of personal suffering.

Now there is the question of how we respond to this. Are we trying to alleviate this migratory pressure? Not everyone wants to leave their home country; that is only a minority. But when faced with the choice of watching your child suffer malnutrition or leaving home, the majority will likely choose the latter.

How many people will be displaced due to the climate crisis?

Quantifying and projecting climate migration is tricky. It depends on the definitions of who is a climate migrant and also on future trends, such as population growth, socio-economic developments and the magnitude of future climate impacts.

A World Bank study estimates in a pessimistic scenario that there would be around 140 million internally displaced persons in sub-Saharan Africa, South Asia and South America by 2050 because of climate impacts. When accounting for all regions, the numbers could easily be higher. 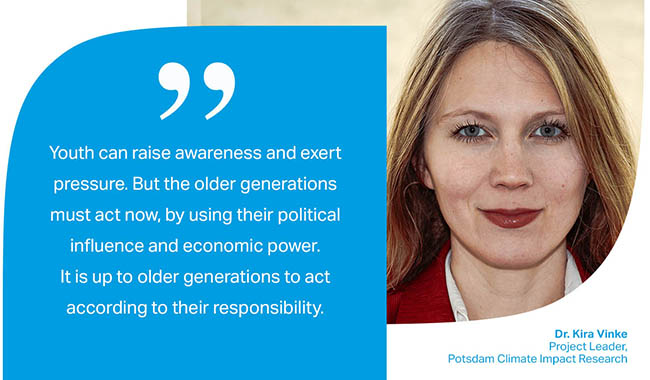 What can be done to alleviate poverty, but also prevent flight?

I think there should be a lot more investment at the local level. Projects need to be adapted to the local context and carried out by local experts.

One example for projects with good practice is Farmer Managed Natural Regeneration (FMNR). This form of reforestation is practiced in the Sahel region in Africa, among other places. The method is quite simple: a community decides to leave a piece of land alone, prevents grazing and by trimming emerging bushes ultimately young trees can develop.

Trees have many advantages: they provide shade for the growth of other plants, and at the same time reforestation can support the water cycle. This buffers the local warming and, in addition, carbon sinks are created as the trees absorb CO2.

Did you know? SOS Children’s Villages supports families around the world in regions particularly affected by climate change – such as East Africa, Zambia, and Ethiopia. Learn more about SOS’s green projects to mitigate climate change impacts.