Education and health care for families in Mexico 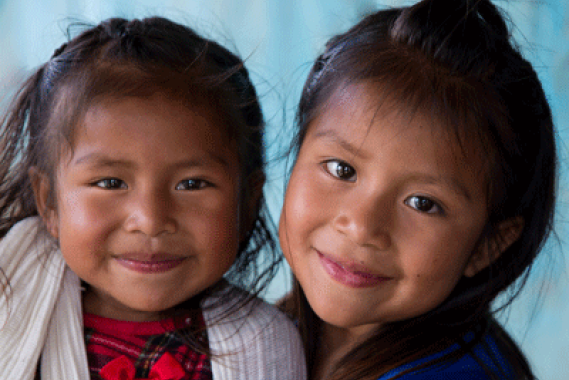 The Estrada family lives in the community of El Refugio, 15 minutes away from the Mexican border with Guatemala. Carlos (40) and Marcela (35) migrated from Guatemala more than 20 years ago and are still stateless. They were not even able to register their seven children in Mexico, even though all were born there.

For this reason, their seven children don’t have access to education, health care or government social programmes. This limits and influences the family’s access to decent work, while it affects the children’s wellbeing and future opportunities to overcome poverty.

“I have lived like this for 40 years. I was born in a poor family, lived in poverty and will probably die in poverty,” says Carlos. “But my hope are my children, that they receive a proper education and thrive.”

El Refugio, which means the shelter, is a community of approximately 200 people. Some are Mexican, but most of them migrated in the 1980s due to the 33-year civil war in Guatemala. Some call it a forgotten community because there is no access to sanitation or a local school. The rates of child malnutrition and teenage pregnancy are high.

Out of the 43,000 Guatemalans in Mexico, roughly 65% reside in the Chiapas region. In a state where 82% of the population does not have access to social services and 80% live in poverty, migrants and refugees endure hardship and challenges to cover their basic needs (CANAMID).

But for the Estrada family, their struggles started back in the 1990s, when Carlos and Marcela migrated to Mexico.

Carlos and his parents were part of the 200,000 Guatemalans in Mexico who fled the civil war in the country in the early 1980s. After the peace agreement in 1996, the family went back to their home country and automatically lost their refugee status when crossing the border.

Once in Coban, Guatemala, Carlos met and married Marcela and in 1998, hurricane Mitch destroyed their home and their Guatemalan personal documents. With nothing to lose, the couple and their two children moved to Mexico in search of better opportunities and safety from the increasing violence in the country.

The Estrada family has lived in El Refugio for more than six years, where Carlos was able to buy a parcel and build a modest home for the family. One of Carlos’ daughter got married and now lives with her husband close by. Unfortunately, she did not attend school.

Carlos has been working in construction, restaurants and in the fields, but being undocumented means poor employment conditions, with long working hours and low day rates. This helps them survive but it is not enough.

Even though the children are not able to enrol in school, for a while they attended the only school in the area – a 45-minute walk – but they could join only as passive listeners. They did not receive uniforms, school supplies nor were they beneficiaries of the government’s projects for students, such as the distribution of food baskets.

“This made my children feel bad,” says Carlos. “After all the effort to get to school – the risks on the road and time - when the year ended, the children were not recognized to go up to the next grade, so they stopped going.”

Likewise, the family has not been part of the local government’s social projects, like construction material to enhance their homes.

Carlos admits they feel discriminated by some of their neighbours, as their house is made of tarps and cardboard sheets and it does not have a concrete floor.

Enrolling in school for the first time

SOS Children’s Villages in Mexico has worked with families in the Chiapas region for more than 16 years. In communities like El Refugio, the SOS field team focuses on strengthening parenting skills and getting the documents needed to access social services.

“There are currently 30 families in this community that are undocumented,” says Graciela Aguilar, an SOS Children’s Villages community advisor. “It is vital for the wellbeing of children that these families receive identification documents so they can work and have access to social protection, health care, education services and the government’s social projects.”

For now, the team guides the Estrada family and another 28 children in El Refugio to register them so they can go to school and get proper health care.

Last July, the children had a doctor’s appointment to verify their ages and with this document signed by the doctor, they will finally be able to get birth certificates. This means they will be able to enrol in the upcoming school year as regular students.

“In school, I want to learn math and to read and write properly,” says their the eldest son.

Meanwhile, Carlos wishes to travel to his hometown, Coban, to obtain his identity documents but admits he cannot afford the bus ride. This would allow him to find employment in bigger companies, with better working conditions.

“I wish to work in the city, so I can build a concrete floor in our home, give my children bedrooms and beds because right now they sleep on the floor,” says Carlos. “I would be away from my family but they would be better off with the money I send them. To get these documents would be a blessing for us.”