Families struggling to cope with worsening drought in Kenya

The drought in the Horn of Africa is one of the worst climate-related emergencies in the region in the last 40 years. The crisis is having devastating consequences for women and children, destroying livelihoods and hampering access to education.

Two young boys are busy playing in the baking sun, while their mother Ntetari stands outside her round hut watching them. With their childhood so affected by drought, she is impressed they still manage to run around.

They no longer drink milk from camels and goats which kept them healthy. The children survive on a little rice ration but it is hardly enough to cover their nutritional needs. She knows that all her five children are in danger of malnutrition.

In this desolate village in Marsabit, northern Kenya, this is the driest season on record since the rains failed three years ago.

“We had wealth – goats and camels but the drought kept snatching them until they all died,” says Ntetari. “The animals are our income, they feed us and pay for all our needs. The loss affected my husband so much that he fell sick. He sat in the manyatta (traditional hut) all day doing nothing until he died,” she says. 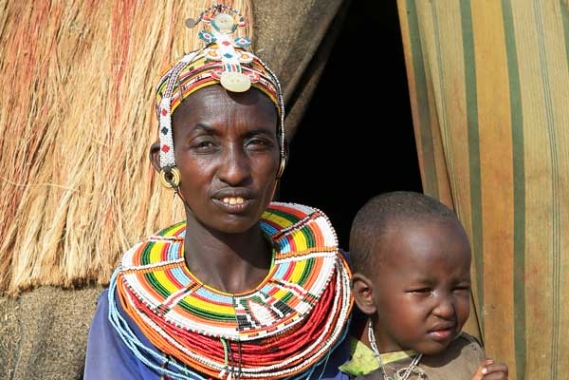 “The strong can survive on water or on very little food but the elderly have weak teeth,” says Nabo. “They cannot chew maize or digest food bought from the shops. They mostly need milk to stay alive.”

Nabo knows every family in the village and he is involved in their daily life. He goes about talking to the mothers, checking on their family’s wellbeing.

Families that have lost everything rely on the few households receiving cash-based assistance from the government, or that sell surviving animals; Ntetari gets a cup of whatever food they buy. 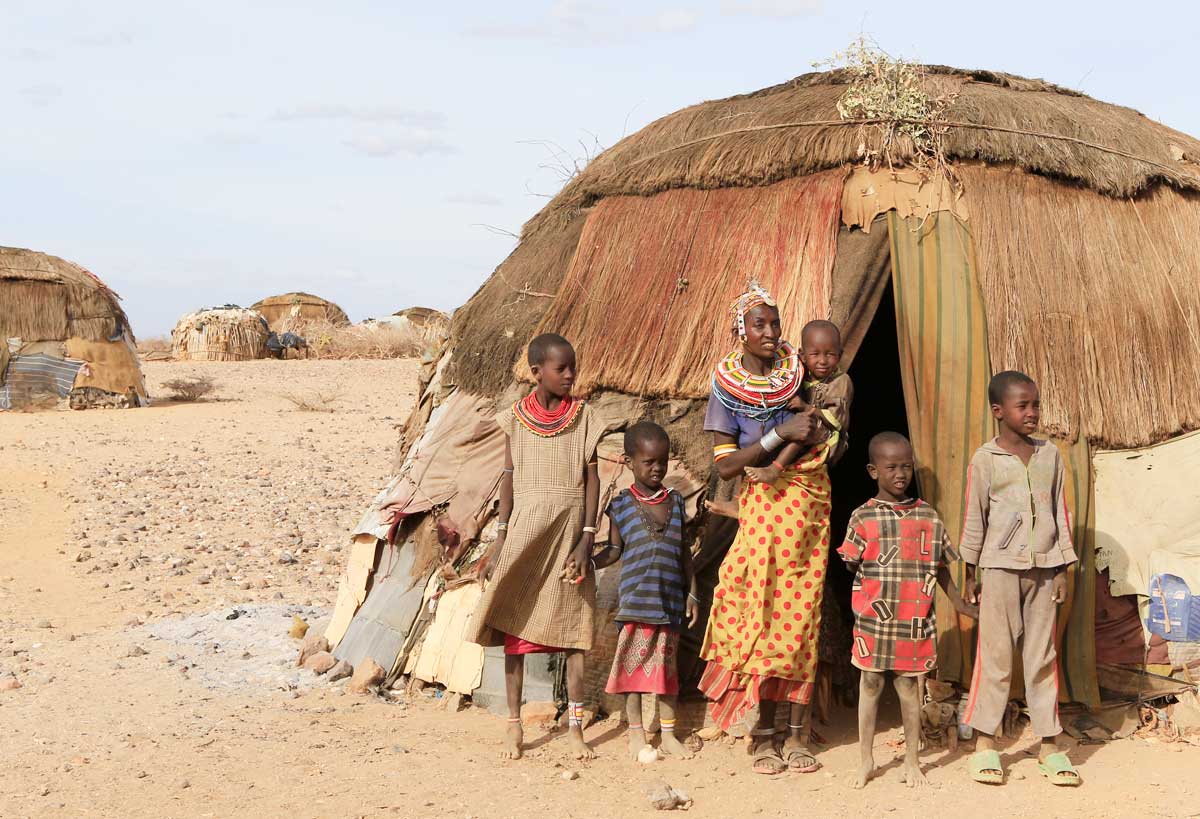 “I am this thin because I think about my children too much,” says Ntetari. “When they cry that the food in the plate is not enough I give them my share. I was strong before the drought and had more flesh on my bones, but look at me now.”

The National Drought Management Authority says the drought situation in Kenya continues to worsen in 20 out of 23 arid and semi-arid counties. Six counties including Marsabit have risen to the alarm drought phase. Over 4 million people are now in need of food assistance - half a million are approaching emergency levels of hunger.

Nabo says the government has advised them to sell the remaining livestock when they are still healthy, and put the money in the bank. That way they will not struggle too much to buy food. They can restock later when the rains come. Nabo is not sure.

As Ntetari and Nabo engage in their conversation, an elderly man walks to them but he collapses right where they are standing. “This man has been sitting in the sun for far too long,” says Nabo as he calls out for help. “He is weak, hungry and thirsty.”

Two men carry the elderly man into the shade and give him water. Nabo is concerned the drought is taking its toll on the community and their resilience is declining, “I am afraid we will lose more people if help does not come quickly.”

SOS Children's Villages’ emergency response program in the Horn of Africa consists of both immediate and medium-term strategies. In the immediate term, lifesaving interventions aimed at meeting the basic needs of families will be prioritized, and in the medium term, families and communities will be supported to adapt to the changing climate and to become more resilient.

Our emergency response and longer-term actions are: