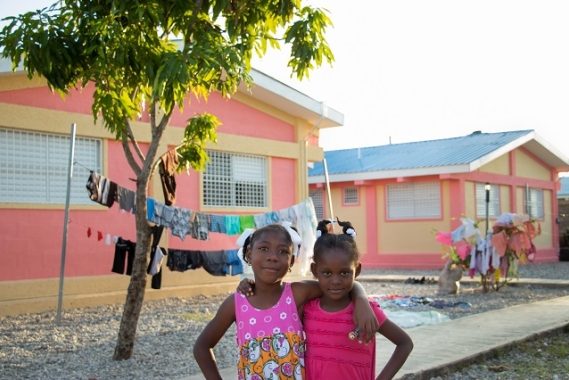 Ten years after a devastating earthquake in Haiti left children in desperate need of care, SOS Children’s Villages Haiti says its immediate response followed by years of rebuilding has had a lasting impact on young lives in the still-struggling country. 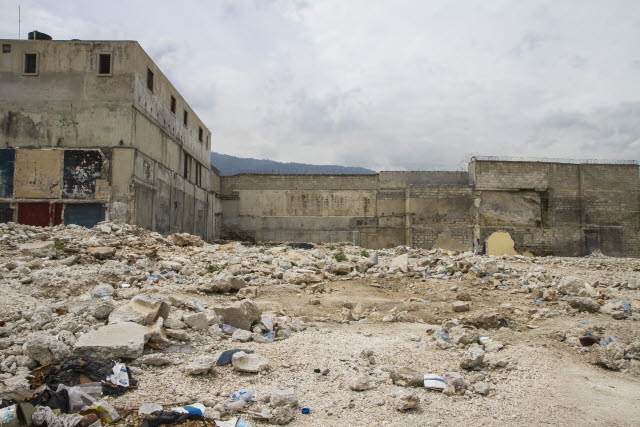 “The outpouring of support from donors allowed us to respond to the immediate needs of people, but also make lasting changes to improve the lives of children and families,” says Celigny Darius, National Director of SOS Children’s Villages Haiti.

But the well-being of children in Haiti is once again under threat, this time by a political crisis that has brought the country to the brink of a humanitarian crisis.

Marie Lona Beaubrun, an SOS mother in Les Cayes, says what they are experiencing now is similar to the social unrest and the chaos that followed the 2010 earthquake. “Children cannot go to school, people cannot go to work and life has become extremely difficult,” she says.

Parallels to the quake

The 2010 earthquake affected more than a million children. Early efforts by SOS Children’s Villages included providing temporary homes for 500 children who were separated from their families and had no one to care for them. Most were eventually reunited with their biological families, while others were given long-term care at a Children’s Village.

“Without the help of SOS Children’s Villages, these children would undoubtedly have found themselves in the streets,” says Mr Darius.

Mr Darius, whose own home was destroyed by the quake, says the humanitarian response was followed by massive rebuilding work that provides ongoing benefits to Haiti’s children.

Around 90% of Haiti’s schools were damaged or destroyed by the quake, leaving children with no way to continue their education. SOS rebuilt seven schools and constructed a new one in Port-au-Prince. Also, 10 new community centres were constructed, adding to the existing 16 SOS community centres.

“Of all our intervention after the earthquake, the construction projects were the most successful,” Mr. Darius emphasizes. 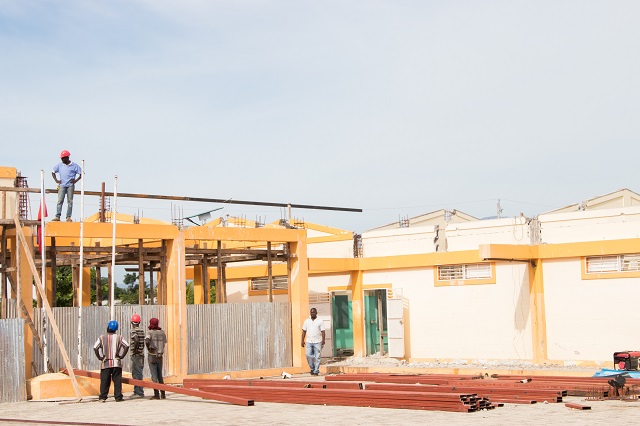 SOS Children’s Villages Haiti hopes the current crisis gripping Haiti can be resolved so that life for children can return to normal.

Mr. Darius says politicians need to take action that will allow children to safely attend schools. “We understand the obligation that everyone has made to respect the rights of the child,” he said. “Yet here we are in a political crisis where children once again cannot return to school.”

‘The worst event I have ever known’

The scope of the disaster was overwhelming.

In the months that followed the Haiti earthquake, Parisien Beauzelaine saw things she cannot forget – children who were malnourished, exhibiting aggressive behaviour, refusing to attend school and suffering intense sadness.

She stepped in to serve as an SOS mother, caring for 10 children. “We managed to solve those problems,” Beauzelaine recalls, “case by case with the SOS team.” 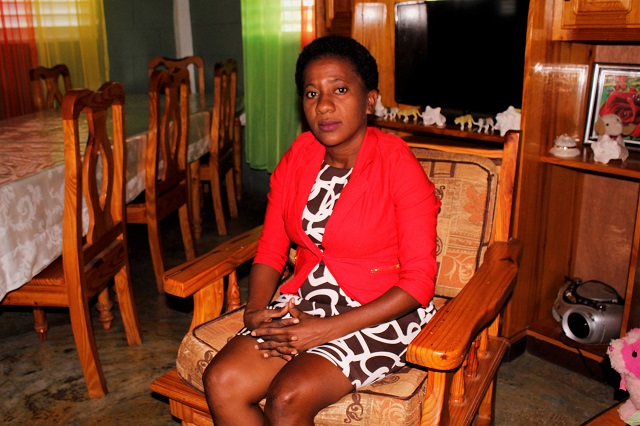 Her memories persist, she said, of Haitians who were left with nothing, many disabled and some with mental problems.

“It was the worst event I have ever known,” Beauzelaine says, but 10 years later her motivation to support children without parental care is strong. She vowed to always help with their educational needs and guide them to becoming independent citizens who thrive in adulthood.

Children without families needed a safe place and food in a country shaken by disaster. Challenging, certainly, but in some ways, that was the easy part.

“The main challenge we faced after the earthquake was to find a place to shelter the children, feed them, provide health care and send them to school,” says Marie Lona Beaubrun, who became a mother at SOS Children’s’ Village in Les Cayes a month after the 2010 quake struck. “What was not easy was that some of them did not want to eat or go to school.” 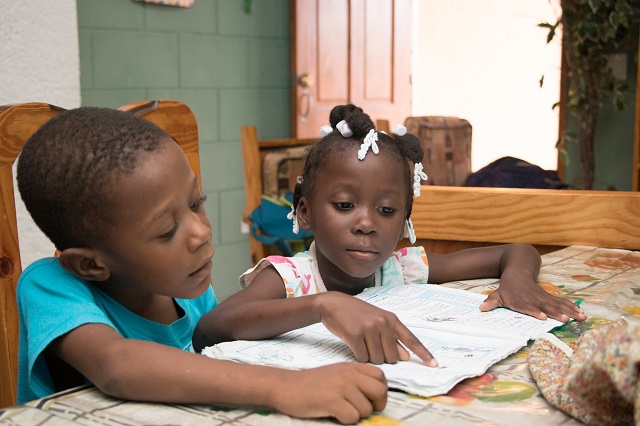 She nurtured them through the trauma that had left them confused and alone.

It was her ambition to work for an organization such as SOS that led her to care for children in the midst of the crisis, she says.

“My role is to care for them during hard times,” Beaubrun remarks, “and help each of them individually.” She does it, she says, as if each were her own child. 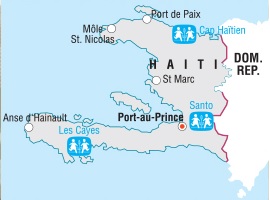 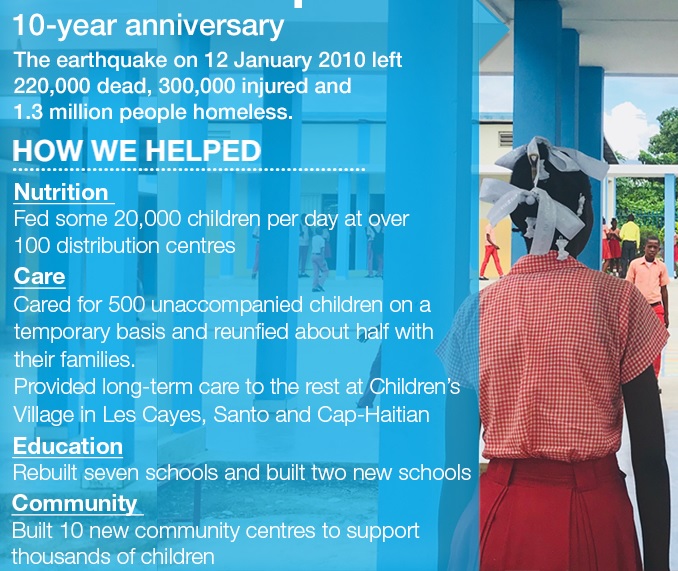