Learning to carry the load lightly: With Kinship Care, a family learns to deal with loss and move forward

After loss and tragedy, young Jenish, his aunt Preeti, and the entire family are finding their way forward, with support from SOS India's Kinship Care program.

When Jenish’s parents died, no one in the family quite knew how to look after him. The grandparents were too old to be able to care for a 7-year-old, and his uncle was struggling to make ends meet himself. That is when Preeti, Jenish’s aunt and a practicing nurse, stepped in. She was 28 years old at the time and lived with her family. After her divorce from a child marriage at the age of 14, Preeti was still struggling to find her place in the world when the family tragedy pulled her in.

“Jenish was a very sensitive child and losing his parents completely wrecked him,” says Preeti, who lives in Anja in Gujrat, India. “He stopped eating, he would not talk to anyone and he stopped going to school. The family was also under considerable economic and emotional pressure already and figuring out what to do when another disaster struck… Jenish had a road accident.

He had gone to get groceries from a nearby shop when he was hit by a drunk driver. The impact almost killed Jenish who was rushed to the ICU where he stayed in a coma for nearly eight days. When he woke up he had lost his speech and his mobility. He had to be fed and cleaned up like a child. 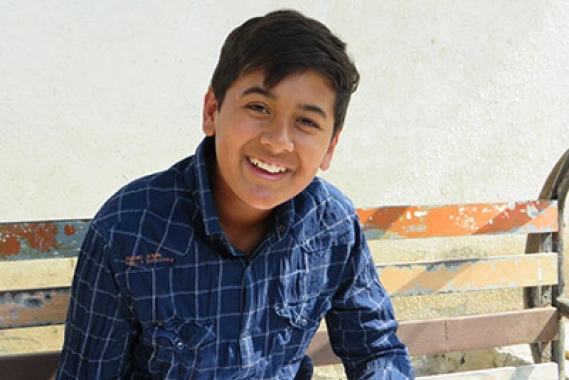 “I felt so guilty and I just couldn’t imagine how such a little child was dealing with so much hardship at such a young age,” says Preeti. “That week, as I looked after Jenish, I decided I would quit my job and look after him full time. We could all see that he needed that love and attention.” So, as a family we decided that I would look after him and the family would support me in whatever way they could. 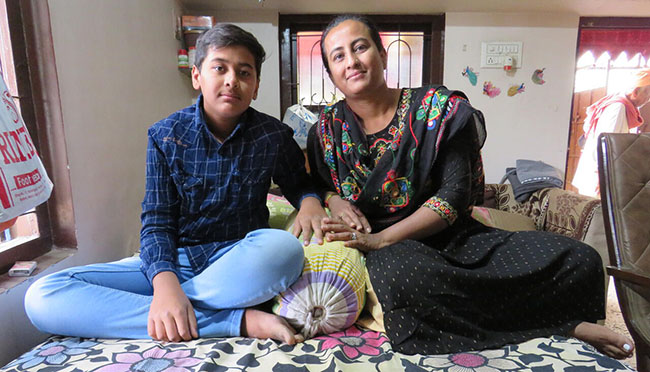 Today, Preeti is 35 and devoted to Jenish. Her family gets support to raise him from the Kinship Care Program at SOS Children’s Villages India. Introduced in 2017, the Kinship Care Program ensures that children without parental care grow up with minimal disruption to their educational, cultural, and social lives. Under this initiative, children who have lost their biological parents are cared for by their extended families or relatives.

The intervention aims to safeguard the right of every parentless child to grow up in a familiar environment by strengthening the capability and income of the extended biological families so that they can provide proper care and education, till the child attains adulthood. At present 425 children are a part of the Kinship Care Program, in 10 locations across India.

Preeti cared for Jenish throughout his rehabilitation. During that time, Jenish started connecting with Preeti, trusting her and creating a stronger, primary bond with her. Preeti slowly but surely learned the ropes of re-parenting Jenish who was starting from zero. She learned how to be patient around him when he took a long time to learn his lessons. 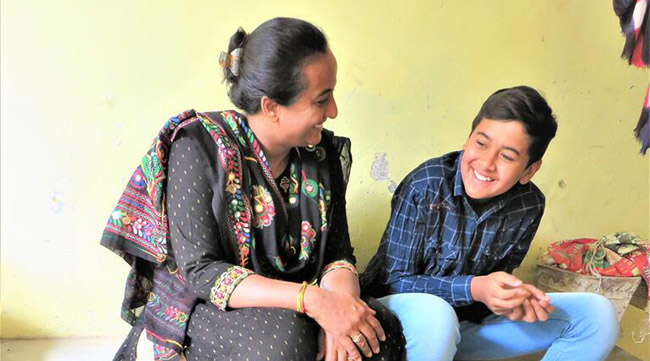 If Jenish was having a hard day Preeti learned that she needed more kindness with him instead of disciplining him. The Kinship Care support counseling explained to her the difference between Jenish and other children and how he needed extra kindness because of his trauma.

A special mentor appointed by SOS Children’s Villages worked closely with Jenish and visited him at home three to four times a week. The work the mentor and Jenish did together was focused on his feelings of confidence and safety.

The mentor and the entire family were overjoyed one day when Jenish shared that he had decided to become a police officer when he grew up. This was the first time he was making plans for the future like regular children.

The mentor also helped Jenish find a competitive sport that he loved so he could get exercise as well as confidence. Jenish chose cricket – the most popular group sport in India. He now spends a lot of time playing cricket with his friends. He is also very good at it.

Jenish and Preeti went to many meetings of other families in Kinship Care programs that helped them find a community and confidence as a family unit. They met different families with different challenges and were inspired by them.

Slowly with some help, Jenish, Preeti and the family are finding their way back to a life that can bring happiness and fulfillment. 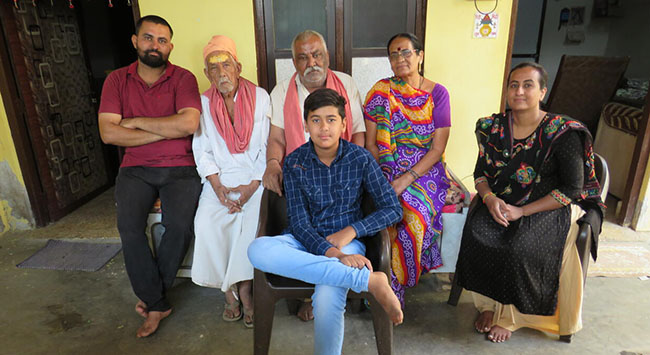 Mahamuni Kamble, of the SOS India Kinship Care Program says, “Jenish has largely recovered now, although he still needs a lot of encouragement at every step to engage himself with others. But the good thing is that one can see how the family overall has improved and become stronger.”