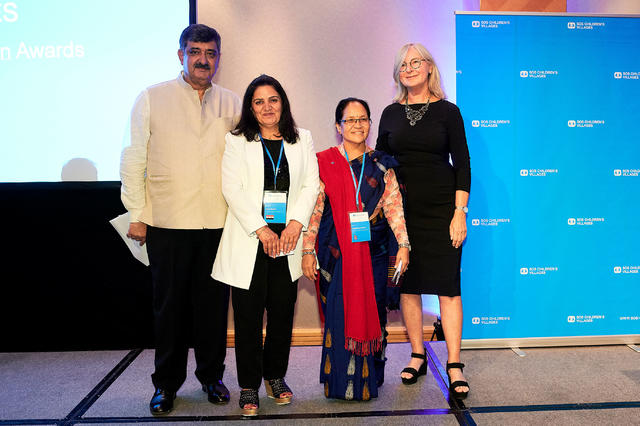 Those are the stories of two SOS mothers - Salam Khalaf of Syria and Chandra Kala Thapa of Nepal – who were the recipients of the most recent Helmut Kutin Awards.

“The past eight years in particular have made me realise how many children in Syria are suffering and how important it is that we all stand together to save them,” said Ms Khalaf in accepting her award at the SOS Children’s Villages 70th Anniversary Celebration held in Vienna on 2 July, 2019.

The other winner is Chandra Kala Thapa of Nepal, one of the longest serving SOS mothers in the global SOS Children’s Villages organisation. Ms Kala Thapa has since retired as an SOS mother.

The Helmut Kutin Award, named after our organisation’s former president, honours the commitment and dedication of SOS caregivers. In 2018, around 6,500 SOS families cared for over 45,000 children and young people in 559 SOS Children's Villages around the world.

Change the 'small world' of children

Ms Khalaf supported her children through two evacuations during the Syrian conflict. In 2012, escalating violence in Aleppo forced her and the children, as well as the other SOS families, to evacuate the Village. Ms Khalaf helped her children cope through this period and adjust to a new life at SOS Children’s Village Damascus in the suburb of Qudsaya. Clashes and daily bombing forced her and the other mothers to flee again, but fortunately, they could return a month later. 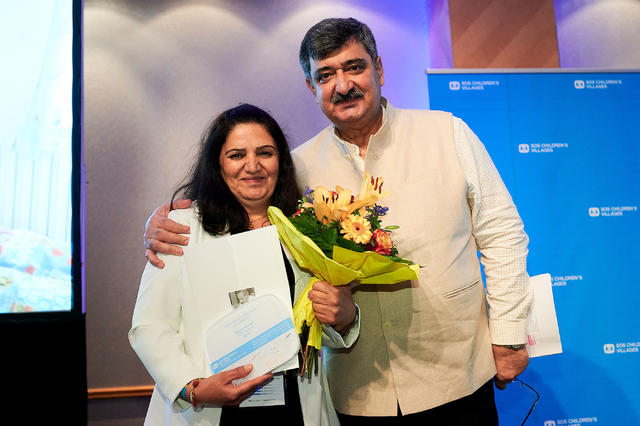 Maybe we can't change what is happening in this world, but we can change the small world of many vulnerable children by showing them love and care,” said Ms Khalaf in her speech. “It is unbelievable how the smallest act of caring can help them and turn their life around.”

Ms Kala Thapa from Pokhara, Nepal has devoted 40 years to caring for children at SOS Children’s Village Gandaki. She joined SOS Children’s Villages Nepal when she was 20 years old and has since raised 35 children, including the nine currently under her care. Seven of the children she raised from the time they were babies.

She is also a leader in her Village. Ms Kala Thapa serves as a mentor and representative for other SOS mothers and aunts, assisting in their training and development. The social integration of her children is very important to her, and she actively participates in community and social programmes in the neighbourhood. 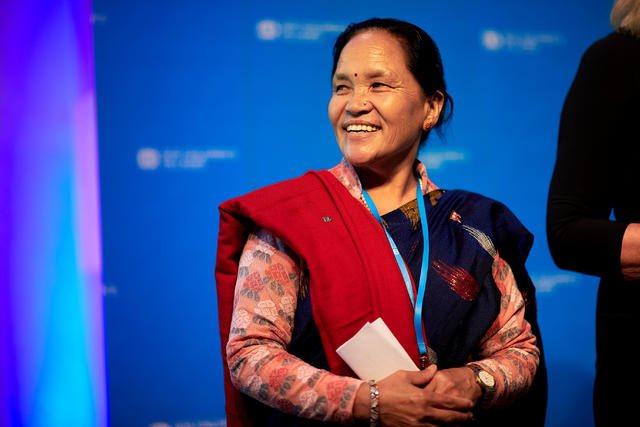 “Being an SOS mother for 40 years, I have understood that mothers play a significant role in shaping the future of their children,” said Ms Kala Thapa in her speech. “We are mentors for our children. We show and guide them towards their right path. With pure love and affection, we make them feel at home, help ease their journey to independence, and leave their pain behind.”

*SOS has produced video tributes to these amazing women, which are available by clicking on their images.