Securing the Right to Education 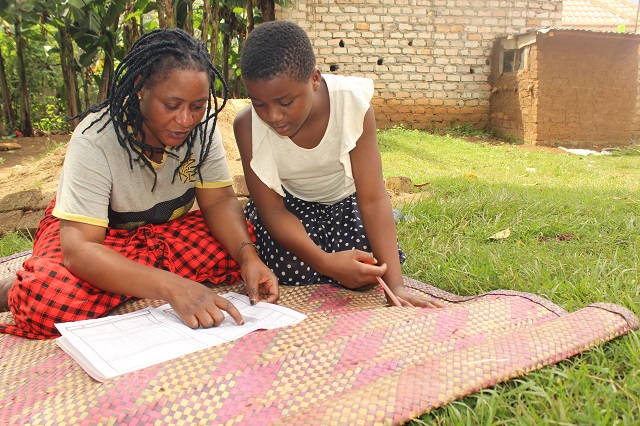 Sanyu* is clever and ambitious. Despite a two-year absence from school due to a lack of money, she is now among the five best performing pupils in her grade four class.

The 11-year-old dropped out of school in 2017, after her father left home and remarried. He left the family with nothing to survive on, as Sanyu’s mother, Samelia*, stayed home to care for her children. For the family’s upkeep, Sanyu and her older brother had to help their mother earn an income working at a nearby quarry. They received a meagre daily wage of 3000 Uganda shillings (1.06 CAD). Sanyu was eight years old at the time. 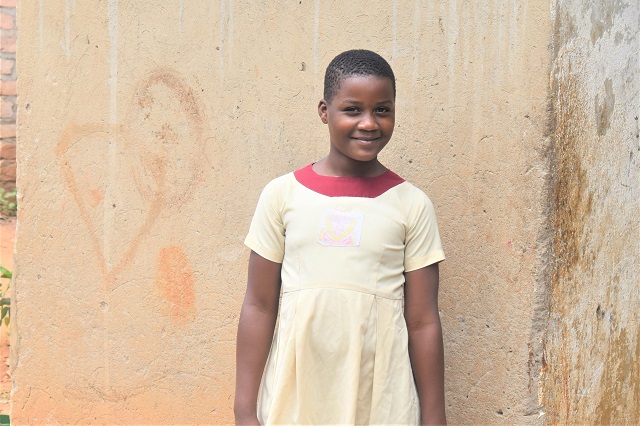 “The dust from breaking rocks to small stones made me cough and sneeze,” says Sanyu. “It was dangerous working in the quarry because of falling stones; people die from crushing. The children in the quarry had cuts on their legs and hands from the stones. I had cuts too. I did not want to be there, I wanted to go to school. I do not like missing school,” she says.

Sanyu’s family lives in Bendegere village, a low-income neighbourhood in Entebbe, Uganda. When a girl drops out of school at eight years, chances are that in three years she will be married off. Young girls here are seen as a commodity that can be sold to solve financial problems in the family.

While Samelia advocates and values a girl’s education, and will not force Sanyu into early marriage, poverty in the family leaves Sanyu vulnerable to child labour. “Sometimes life is so hard that priorities change,” says Samelia. “Withdrawing Sanyu from class is the last thing I want to do, but the pressure to provide is too great that I sometimes need my children to work to help me cope,” she says.

Poverty is one of the drivers of early marriage. The country has the 16th highest marriage prevalence rate in the world, according to UNICEF.

In February 2019, staff from the SOS Children’s Villages family strengthening program visited Sanyu’s family to assess their immediate needs. Building the capacity of the caregiver became apparent in order to remove Sanyu and her brother from child labour and return them back to school. 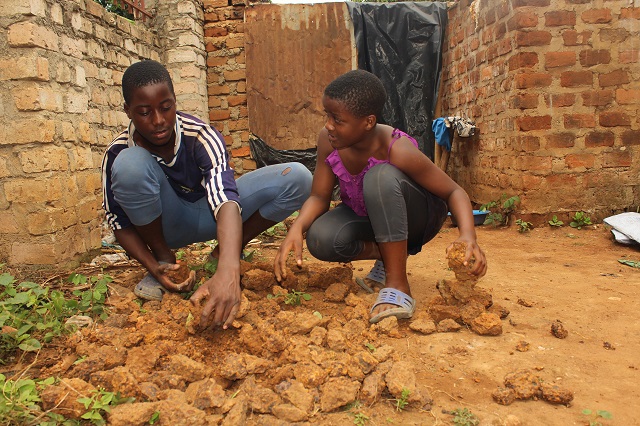 Samelia first received a food basket that would sustain her family for two months. She then trained in hairdressing. Plaiting women’s hair in the community after she completed her course earned her 15,000 Uganda Shillings (5.29 CAD) per day. “My confidence started to return when I realized I could work and make much more without involving my children,” says Samelia.

Learnings Samelia received from business skills and financial literacy training empowered her to start a chicken and goat rearing business; she later joined a community savings group known as a VSLA (Village Savings and Loan Association). In her first five months of saving, Samelia managed to secure a loan, which she used to pay her children’s school fees in full, enrolling them back to school.

“I am so happy that my mother took me back to school and I can continue with my studies,” says Sanyu, visibly pleased. “My mother works so hard. She has been buying for us reading materials every week during this time we are at home because of coronavirus, to make sure we keep up with our education. I am reading hard not to disappoint her; I made her a promise that when I grow up, I will become a science teacher and teach more doctors for my community,” she says.

George Mubiru, the SOS family strengthening coordinator working with Sanyu’s family, says they are working with the community to ensure girls get equal education opportunities as boys. “We sensitize families on the value of the girl child,” he says. “Parents who are fanatics of the cultural norms are hard to convince that it is wrong to marry off girls early. Other caregivers are illiterate and they do not accept or believe in the value of education for girls – they would rather educate boys. Unfortunately, this narrative is passed on from generation to generation.”

There are times when the SOS team has successfully withdrawn children from marriage; “one girl we withdrew was pregnant and we linked her with a partner organization that supports young mothers,” says George. “In other cases, girls refuse to leave the matrimonial home; we suspect their parents threaten or intimidate them to stay,” he says. The rescued girls get support to acquire tailoring and hairdressing skills and also receive counselling.

Sanyu’s education is safe so long as her mother is earning enough to sustain the family. The SOS team is preparing to buy her mother a start-up kit to open her own salon. When she is stationed in one place, clients can come to her instead of her running a mobile salon. The VSLA is the backbone of her economic stability given that she is able to secure a loan to boost her business. Sanyu says she is now confident in her mother’s ability to keep her in school.

“Our lives have improved because my mother is making more money. I have attended adolescent empowerment training and learnt about the risks I face as a girl, and that school is a protective environment for girls. Education is the key to my future happiness and I do not want to lose focus.”

*Names changed to protect the privacy of children and families