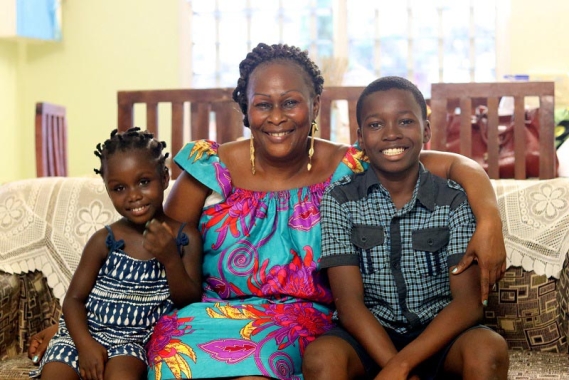 Loulou* is an energetic five-year-old girl, enjoying life to the fullest. She is a tiny little girl, especially for her age, and yet this does not diminish her potential in any way. She adores school and loves to dance as much as the next five-year-old.

Loulou’s life could have been drastically different if it was not for the love and commitment of one special woman, her SOS mother Theresa.

Theresa has been an SOS mother since 2014, after working for three years as an assistant to SOS mothers in the Aboisso Children’s Village in Côte d’Ivoire.

Today, Theresa and Loulou live in a home at the SOS Children’s Village Yamoussoukro, surrounded by a beautiful garden filled with cassava, papaya and mango trees. 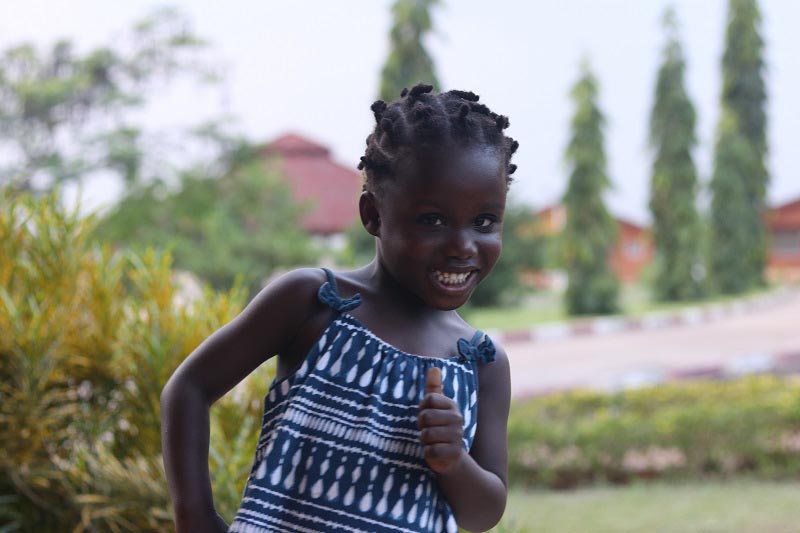 A timeline of family pictures on a wall tells a story of its own. An unusually small baby in one picture attracts the eye. “That is Loulou when she first arrived,” says Theresa.

“She was born to a 15-year-old mother who died from complications three weeks after giving birth to her. Loulou had very difficult early moments divided between a maternal family that didn’t want her, and saw her as a bad omen, and a 17-year-old father who could not provide for her,” says Theresa.

“After her mother’s death, Loulou’s maternal grandmother gave the child to her biological father who handed her over to his more experienced sister, already taking care of her own baby. Unable to provide for both babies, Loulou quickly suffered from severe malnutrition and started showing signs of impaired vision,” she adds. In children, a vitamin A deficiency is the leading cause of preventable blindness and is typically due to malnutrition.

“When Loulou’s father brought her to my house, social workers thought that she might not survive. But I took it upon myself to change that fate,” says Theresa. Against all odds, she spent the following months and years going back and forth between paediatricians, psychologists and nutritionists to ensure Loulou had a healthy recovery.

“The treatment was long and exhausting for Loulou, but I would like to think that we went through this together,” says Theresa. She emphasizes the importance of making her children feel secure and building their confidence no matter the circumstances.

Sitting on the couch next to her mother, Loulou makes an impassioned plea to go outside and play with her friends. Theresa agrees and as swift as the wind Loulou is out of the house doing what children do best: playing.

*Name has been changed to protect the privacy of the child