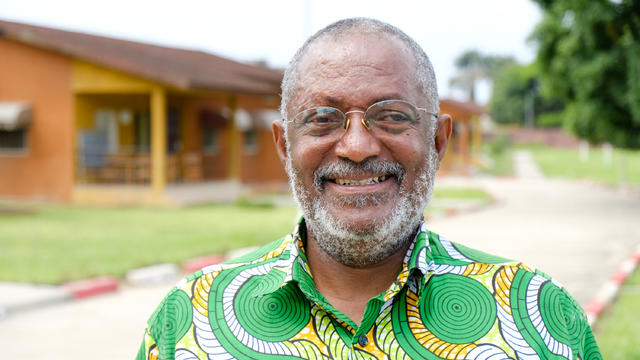 Growing up in SOS’ first Children’s Village in Africa

Can you please introduce yourself?

My name is Raphael Adou, I am 58 years old and I am from Côte d’Ivoire. I was born in 1962 to an Ivorian mother and a European father whom I never knew. Being of mixed heritage was difficult growing up as my maternal family never recognized me. At the time, mixed-race children were considered outcasts by most communities and were usually placed in special orphanages such as “le foyer des métis” where most mixed raced children were sent. My mother tried to place me there twice but I was too young to be admitted, so coincidentally I ended up being one of the first children of SOS Children’s village Abobo-Gare, which I joined in 1969-70. Today, I am the oldest living former SOS child of that generation. I am married and have four children of my own, two boys and two girls. I also help support three other children, two girls and one boy. 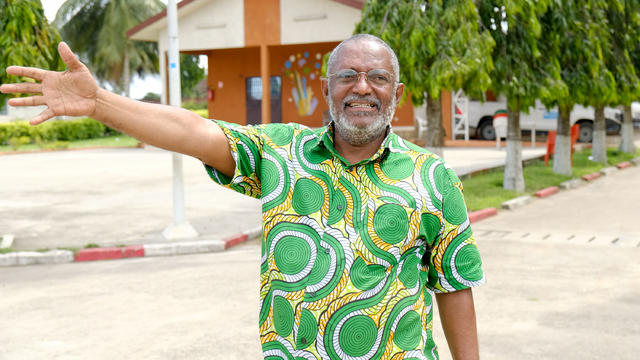 What was Abobo like back in the early days?

In those days, Abobo was a stark contrast from the highly dense urban area it is today. It was quite a remote place filled with palm tree plantations, lush green vegetation and dusty roads. It was a dream world for the children. We would spend most of our free time outdoors chasing squirrels and riding horses. Trees had to be removed to lay the foundations of what would later become SOS Children’s Village Abobo-Gare. I remember holidays during which we gave masons a hand laying bricks. Four ‘boys-only’ houses were built. The first one was yellow, and the other three blue, green and red. Children would move from one house to the other as they changed grades at school. Children would organize themselves to study and do their homework together in the evenings. There were no SOS mothers in the early days. We had a village director whom we considered our father and several educators, all men. SOS mothers only arrived a little later when girls started being admitted. 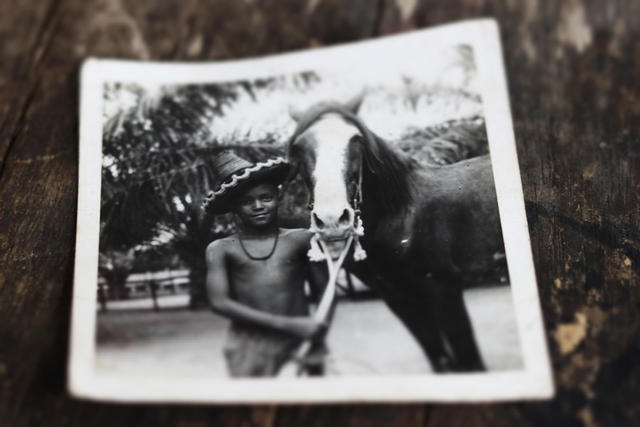 Do you remember your first SOS mother?

I remember two of them actually. The first one was Monique but she did not stay long as she had health issues. The second one was Zaratou. She is still alive to this day and we sometimes bump into one another in the neighbourhood.

How has your experience with SOS shaped your life choices?

My experience living with SOS made me want to have children and pass on that care promise that was entrusted to me. My SOS mother had a big impact on me. I had never realized how important mothers were in terms of keeping families together. I had also never experienced that kind of love before.

What advice do you have for the children when they leave SOS?

I think the most important thing for them to know is that life is an endless battle and you have to fight for it, seizing all the opportunities that come your way. I remember that at the time we had the possibility of diversifying our professional training. I, for example, am a trained accountant but I am also a farmer and have also done a lot of training in mechanics. It is crucial to have more than one string in your bow.