The House of Twins 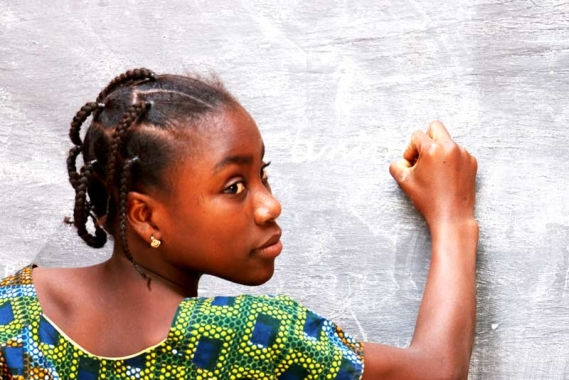 The SOS family living in the seventh house down the village path in Niamey, Niger, isn't really like any other household. Eight children live there, but you could easily be mistaken to think that there are only five as there are three pairs of identical twins! This is the House of Twins. When the children walk to school, it feels like déjà vu and déjà vu all over again.

At school, at the SOS Hermann Gmeiner secondary school in Niamey, some students linger around the court yard’s drinking tap water, either taking a last sip before class or washing their sandals being careful not to get wet in the growing puddles. On the soccer pitch, teachers admonish latecomers who did not hear the bell or who pretended not to hear it. 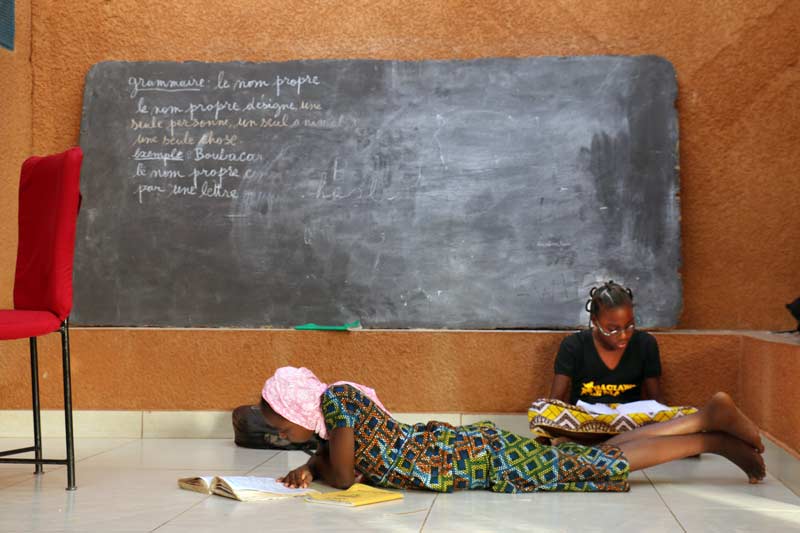 In one of the classrooms, Ela* sits at her desk, a cap on her head to protect her from seasonal cool weather. "Good work," wrote her teacher on her report card in the first semester. "She is involved, she works, she writes well and is spotless in terms of discipline," says the proud teacher.

In the next class, is her sister Emma*. Wearing different clothing and spectacles one is able to differentiate between Emma and Ela. After school, the twin girls return to their home and immediately start their homework, sitting or lying on the patio. The girls are both ambitious and both have plans to become government ministers.

The younger bunch are home too, gathered in the hallway. Among them are Lassana* and Adama* – as alike as two drops of water. Their other younger brothers can identify them without a problem, but not their mother, Ms. Iro. In addition to Ela and Emma, Lassana and Adama, there is also twin brothers Karim* and Selim* (19).

These two young men joined their SOS family in 1998 when they were but baby boys. Before his death a few years ago, their father came to visit them every week. Selim attends business school in the capital.

"He and his brother arrived here when they were only three days old," says their SOS mother. "They have been baptized here and I named them. They were triplets when they came to live with me, but the third baby died on his 45th day. Their best friends are – of course – twins living in the house next door. "We're together all the time," confirms Selim.

All these similar faces in one house lead to amusing situations. "Sometimes Selim and Karim change their names to deceive me, or to trap me," laughs Ms. Iro, at first pretending to be outraged. "For example, I can call Selim to come and help me, and then he will tell Karim I called him. It's random, but if it is my chance to welcome new children, I get twins," she adds. 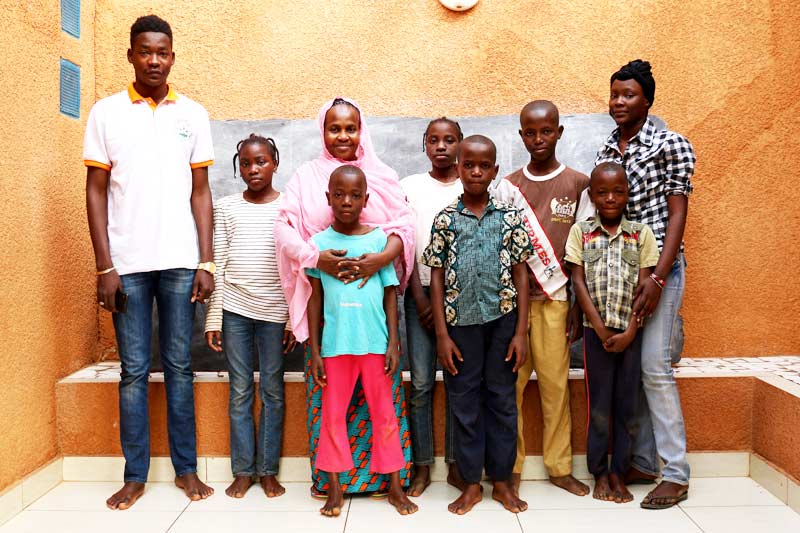 Ela and Emma have finished their homework. Now, they will sweep in front of the house before going outside to play until dinner time, at the time when the night comes and where solar-powered streetlights illuminate the pathways. Sometimes, their biological mother comes to visit them. She was not able to care for the girls, and these days she lives in a grass hut on the outskirts of Niamey. She is happy her girls have a safe home and future with Ms. Iro.

Tonight, the family eats rice and meat served in two large dishes where hands dive in. Ten minutes later, there is nothing left. Everyone washes their hands with soap and water. It's time to read or go to bed in this House of Twins.

*Names have been changed to protect the children’s privacy.