SOS Children's Villages is supporting children and families in four locations in Portugal. In collaboration with local agencies, families are provided with support in order to overcome the problems they may face. In addition, young people from the local community can find support and attend vocational training in social centres. When children can no longer stay with their families, they are cared for by their SOS mothers in one of the SOS families.

4Youth Facilities
18Youths in our care

Some facts about Portugal

The population is 10.7 million (July 2011 est.), the capital city of Lisbon has 2.8 million inhabitants. In part due to its colonial history, Portugal has traditionally been a country of emigration, with Portuguese people living in Asia, Africa and South America. In the 1960s, economic and political reasons motivated people to leave Portugal and move to North America, Australia and north-western Europe. In the past decades, however, Portugal has seen a net increase in immigration. Many of these people come from the former colonies, but also from other countries - pensioners from the European Union or workers from Ukraine or China.

The Portuguese economy and society have experienced many changes since the country joined the European Economic Community in 1986. Until 2009, the economy seemed to be doing well with a strong growth, falling interest and unemployment rates. However, by 2009 problems began to emerge in the economy - an increase in debt and a rise in unemployment. Over ten per cent of the population was unemployed in 2010 - this was a 24-year record high. The government introduced measures to try to curtail the budget deficit, which was more than nine per cent of the gross domestic product (GDP) (2009 est.). Despite a series of public sector cuts, in the end Prime Minister Jose Socrates sought financial assistance from the International Monetary Fund and the European Union in April 2011.

Around 18 per cent of the population lives under the nationally established poverty line (2010 est.). The groups which are most affected include: the elderly, women (especially single parents or elderly women who have not worked and contributed to the social welfare system), children and ethnic minorities. Poverty rates vary regionally, for example the GDP in Lisbon is close to the European mean, while some regional areas in the north, where the textile industry has been restructured, are pools of poverty.

Portugal has one of the highest incidence rates of HIV/AIDS in Western Europe with 42,000 people living with HIV/AIDS (2009 est.). The majority of cases have been transmitted through injecting drug use. As a response to this high incidence among drug users, the government introduced measures to tackle drug dependency by investing more in prevention and treatment. In 2001, Portugal was the first EU country to officially abolish all criminal penalties for the personal possession of drugs. People found with drugs for personal consumption would not face criminal penalties, but would, wherever possible, be offered help with their addiction.

Situation of the children in Portugal

There are nearly two million children under the age of 18. Portuguese children fare well with regards to health, but not so well in terms of education and material well-being. Regarding education, two main issues are cause for concern: the relatively high drop-out rate and the low educational attainment.

Almost a quarter of all children are at risk of living in poverty (2010 est.). Those from large households and those in single parent households are particularly affected, but even when one parent is working, the children may suffer from deprivation. The figure is expected to worsen as a result of the economic crisis. Around three per cent of children between the ages of seven and 14 are involved in child labour. Most work in agriculture but some can also be found working in restaurants or hotels. Of those minors who work, only 78 per cent attend school.

Children of immigrants are disadvantaged in many respects - they suffer from poverty due to their parents' unemployment. In those suburbs of greater Lisbon where mostly immigrants live, many social issues need addressing - the quality of the housing, the lack of employment, the high school drop-out rate and the level of juvenile delinquency. 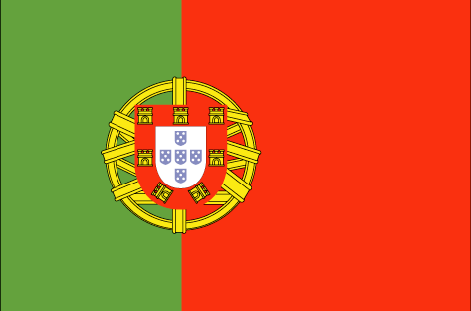