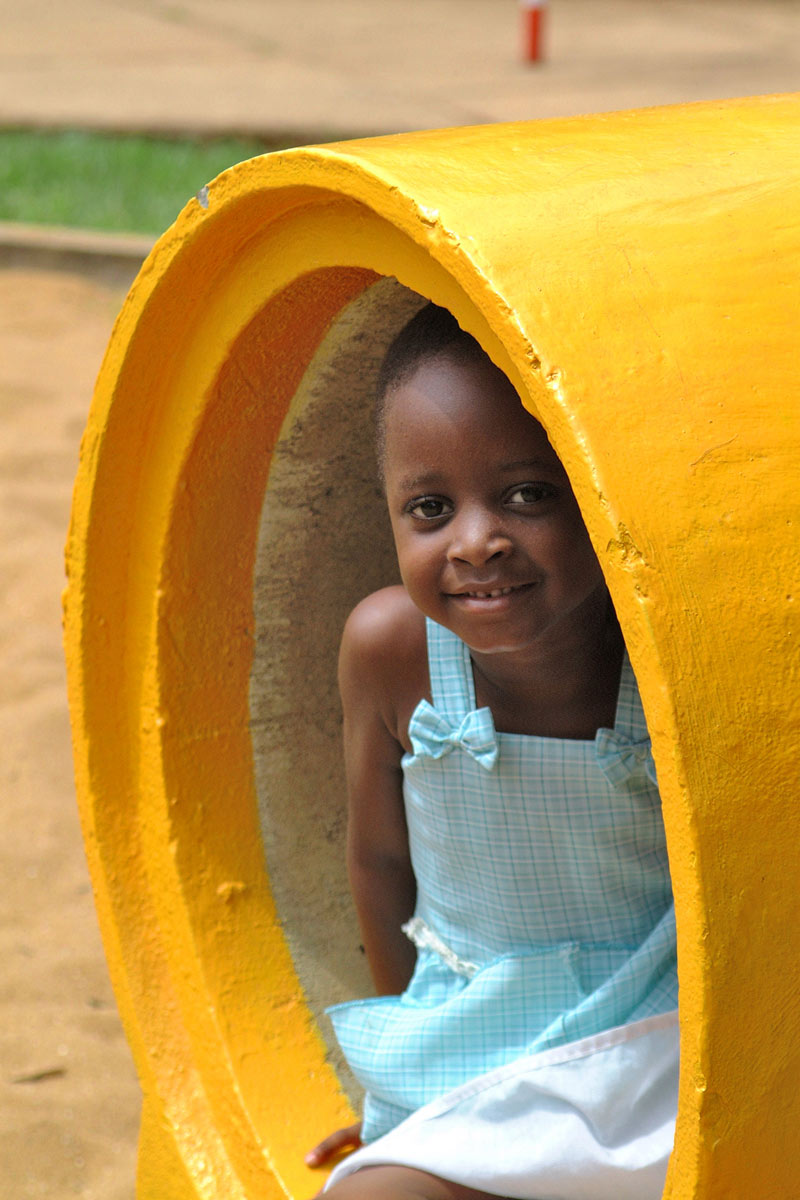 While enrollment rates in Benin indicate a level of commitment to education, they do not always reflect quality education in school. Only about 41 percent of adults can read and write in Benin. SOS Children’s Villages is working to change this by educating children to help them fulfill their potential.

Identifying Children with Disabilities in Kindergarten

At the beginning of the last academic year, a three-year-old child with a speech delay was admitted into the kindergarten.

Teachers in the SOS Kindergarten noticed this child’s problem and took quick action to address the issue. The teachers were able to identify this communication disorder because of the training they received from SOS Children’s Villages Benin.

The child was referred to a podiatrist with the consent of his parents. He was properly cared for and closely assisted with a pre-school follow-up. Before the end of the school year, the child was able to talk and his parents and teachers in the SOS Kindergarten were extatic with the improvement.

His parents were overjoyed when the toddler recounted with details, activities during an outdoor pedagogic visit to a locality about 30km away from the nursery school.

“He filled me with wonder while narrating the sequence of the trip in depth” said the child’s mother.

The child was able to narrate their trip from when they entered a local boat in Bètèkoukou and sailed across the Ouémé River to the Akofodjoulé orchard, where they learned a lot about fruits.

The SOS Hermann Gmeiner Primary School is a primary school in Dassa-Zoumé with an enrollment of 228 pupils. The school is known for the quality of education it offers. Apart from the routine teaching activities, the pedagogical team has worked out and implemented a programme to improve the reading skills of pupils, upgrade their knowledge in Mathematics and bring them together for moral and civic education.

This programme raised the performance of pupils in the school and three of them passed the First School Leaving Certificate at the top of their class, ranking in the top of the local school for the 2014/2015 school year.

This has made the school to be more popular in the community, boosting the confidence of parents and government authorities.

Government’s selection of the Hermann Gmeiner Primary School in Dassa-Zoumé among 135 primary schools and about 15 secondary schools to host a digital library for the entire community of Dassa testifies the school’s popularity.

The library of the Hermann Gmeiner School is from now on, open to the whole community. The library is equipped with ten laptops connected to a server that contains all information related to different study programmes in secondary schools and colleges in Benin. A projector accompanies the equipment.

All staff of the school is proud of the achievement and is determined to work harder for the interest of the child.