Transat, one of the largest integrated tourism companies in the world and Canada's holiday travel leader, is proud to announce the renewal of its partnership with SOS Children’s Villages, which helps orphaned and abandoned children around the world. Since 2009, a total of $862,000 has been donated to SOS Children’s Villages via fundraising campaigns among Transat employees and customers, as well as contributions by the company.

Through their villages, SOS Children’s Villages provides vulnerable children with a loving and secure family environment. They are cared for by SOS “mothers” who come from the local community and have received in-depth training. These surroundings enable children to benefit from individualized long-term love and support until they reach adulthood.

“Our partnership with SOS Children’s Villages is an extremely important one for Transat, and strengthens our commitment to children, international aid and sustainable tourism,” says Jean-Marc Eustache, President and Chief Executive Officer of Transat. “Our association with this organization is a source of pride for all employees of Transat and its business units, because it enables us to create and sustain a feeling of team commitment to corporate responsibility and, especially, to help ensure that an organization we admire succeeds in its mission.” 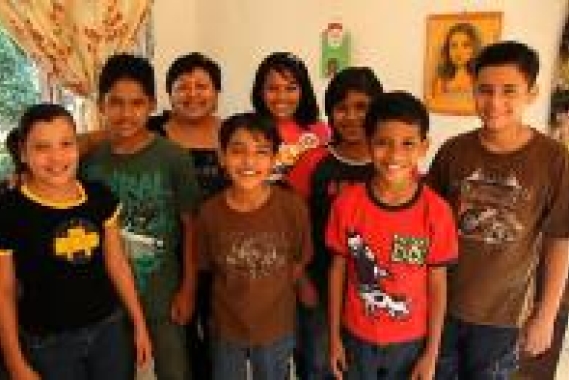 Transat first partnered with SOS Children’s Villages in the fall of 2009 following a vote among its employees, making it the first humanitarian cause to be embraced across the entire organization, and affirming the company’s commitment to improving the lives of children in its destination countries. Transat works with SOS Children’s Villages in the majority of its source markets, including Canada, France, the United Kingdom and Greece, and is currently supporting 12 projects in 9 countries—Jamaica, the Dominican Republic, Mexico, Haiti, Nicaragua, Peru, Vietnam, Tunisia and Zambia.

“SOS Children’s Villages Canada is extremely grateful to Transat for its continued generosity,” says Boyd McBride, President and CEO of SOS Children’s Villages Canada, adding: “As the largest agency in the world working with orphaned and abandoned children, we know just how important it is to support the most disadvantaged. Transat and its business units recognize this, and we thank them for leading the way for socially responsible companies worldwide.”

About Transat
Transat A.T. Inc. is an integrated international tour operator with more than 60 destination countries and that distributes products in over 50 countries. A holiday travel specialist, Transat operates mainly in Canada and Europe, as well as in the Caribbean, Mexico and the Mediterranean Basin. Montreal-based Transat is also active in air transportation, accommodation, destination services and distribution.

About SOS Children’s Villages
SOS Children’s Villages, founded in 1949, provides permanent family-based care to more than 80,000 children in 133 countries. It also supports one million other children and families living in difficult conditions, through kindergartens, schools, medical centres and aid programs all over the world.