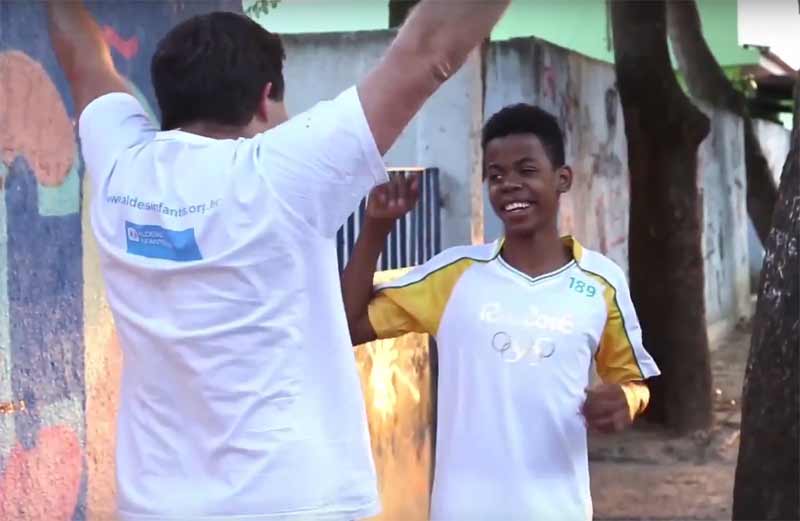 With the face hidden under a multi-coloured cap, 13-year-old Dudu enjoys the sunny afternoon flying a kite with his friends and SOS brothers on the grass of SOS Children’s Villages in Rio de Janeiro. Anyone who sees him like that, happy and having fun, can hardly imagine all that he has gone through.

Dudu was placed in foster care for the first time in 2004, before he was a year old, because his family was not able to care for him. He returned to live with his family, but when he was six years old, he was turned away a second time. Dudu spent the next few years living in different shelters. He had a history of difficult behaviour and series of escape attempts, and showed little interest in school.

Dudu came to SOS Children’s Villages in September 2015, after the shelter where he was living was shut down. At the beginning, he was suspicious. “Every day he used to say he didn’t want to stay here, that he would leave and that we couldn’t stop him. But I talked to him, saying I would be sad, because I loved him and I preferred him to stay with us”, says Tina, his SOS mother. 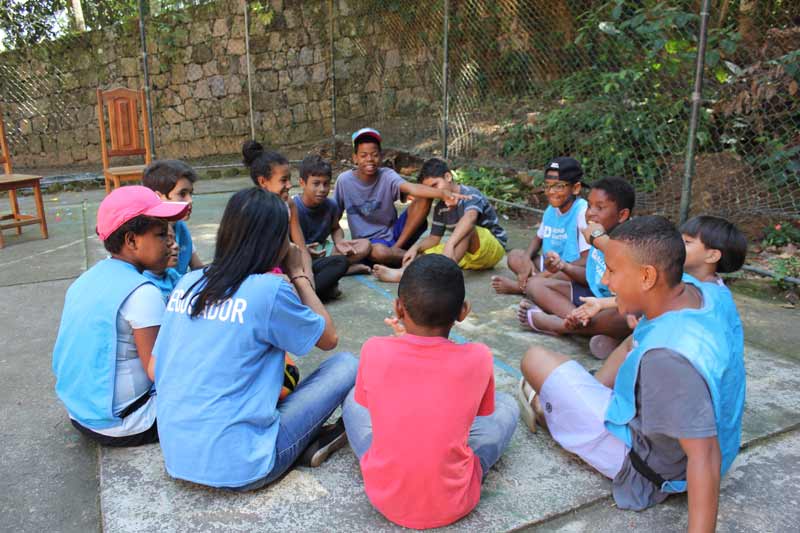 Slowly but notably, the situation changed.  The boy, who wouldn’t let anyone get close to him, now accepts kisses and hugs from everybody. The serious expression on his face has given way to a sincere smile with dimples on his cheeks.

Dudu has also become more cheerful and playful. He is attending school, enjoys studying and has good grades. He also practices jiu-jitsu and enjoys joining in on the workshops held in the House of Opportunities Social Centre, offered to all children from the vulnerable community.

It is in this House of Opportunities where, during the afternoons, the teenager has tutoring, art, culture and cooking classes, and develops new friendships. Together with his best friend, he plays soccer, listens to music and flies kites they made themselves in one of the workshops.

Still adjusting to his recent popularity and the interest others are showing in his life story, Dudu is a little embarrassed as he explains what SOS Children’s Villages means to him:

“Here is my home. Tina likes me. Everyone here is cool and wants me to be well”.

Dudu reached sudden fame after the Brazilian court responsible for child welfare selected him to carry the Olympic torch, symbol of the largest sports event in the world. “When the judge noticed how much he has improved in a few months with us, his new attitude and a better school performance, he almost couldn’t believe it”, says Hamilton Vaz, Director of the Children’s Village where Dudu lives. “Dudu is a good boy and has a good heart. He just needed affection, care and protection.”

With a new found sense of pride, Dudu talks about his participation in carrying the Olympic torch, on August 4th, the day before the opening of the Olympic Games in Rio de Janeiro. “I wasn’t nervous or afraid of falling. I represented a lot of children. And that was very important”, he explained.

For SOS mother Tina, this participation planted a seed inside his heart: that it is possible to dream. “Maybe one day he can be an athlete and go to the Olympics”, she says. “What I really want is to be a Barcelona’s soccer player”, replies Dudu.