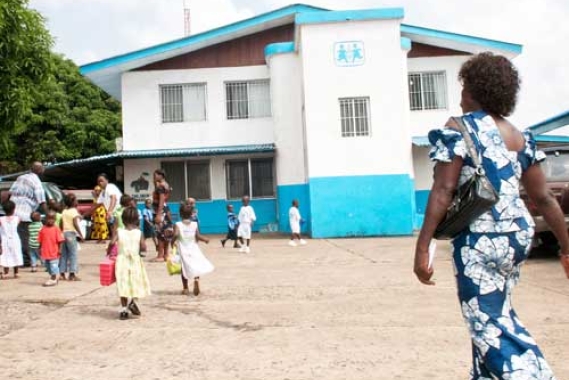 With the deadly Ebola virus now reported in four Western African countries, the World Health Organisation (WHO) has declared the crisis an international health emergency.

The latest WHO reports indicate that 1,013 people in Western Africa have succumbed to the deadly Ebola virus, with a total of 1,848 cases reported in Guinea, Sierra Leone, Liberia and now Nigeria. Though the outbreak is slowing in Guinea, the epidemic does not show signs of ceasing. This week, the WHO announced that Kenya was at high-risk of transmission as a key transport hub which receives many flights from Western Africa.

No SOS families or SOS-supported community families have been directly affected by Ebola. The atmosphere is tense but SOS Villages are doing what they can to stay healthy.

For example, in Sierra Leone, SOS National Director Emmanuel Olatungie says each village is taking serious precautions as the threat grows: “All our SOS Children's Villages – in Freetown, Makeni and Bo – are now on very high alert. The movements of all children and young people within our Villages have been restricted. They are constantly using chlorine, gloves and hand sanitisers. We have restricted visits from outside our Villages.”

SOS is also working to support grown SOS children who have recently left their Village to live independently. “All have been advised about how Ebola spreads, how to avoid contagion, and how to recognise early symptoms. We have also supplied them with chlorine, hand sanitisers and gloves to minimise their risk of infection”

In Liberia, SOS National Director George Kordahi, says that the SOS Clinic, which is available for use by the surrounding community, had reopened on Monday after four days of closure for decontamination: “We are the only major health facility in Monrovia that is still working 24 hours a day. This is creating a serious workload for staff.”

All community work has been postponed to help manage the Ebola threat, and the SOS nursery and schools remain closed in accordance with official containment requirements. SOS national team in the capital Monrovia remains in daily contact with our colleagues in the more remote Juah Town. “In the event that we suspect any cases related to the disease, we will evacuate the children and staff to Monrovia without hesitation,” says George.

Though risk is not immediate at our SOS Villages in Nigeria, staff are introducing stringent preventative measures. All SOS clinics are being equipped with protective clothing and equipment to help prevent spread in the event of a case entering any facility. Handwash and sanitiser has been placed at the entrances to our Villages and everyone is required to wash their hands as they enter and leave any SOS premises.