A loving home for Prince and his sister 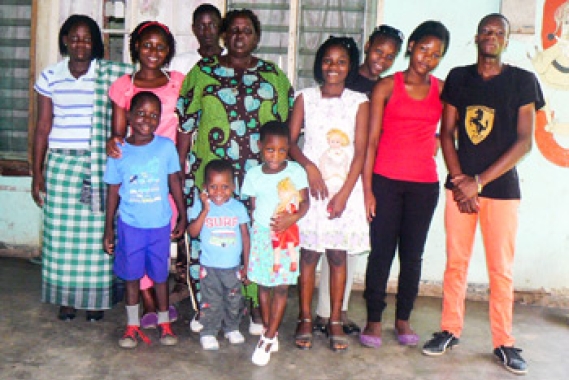 Prince is only three-years-old, but he already knows what it is like to be abandoned. He knows homelessness, and the fear of darkness and strangers.

When Prince’s mother died last year, his stepfather’s abandoned him and his five-year-old sister, Maline. The two children found shelter in a nearby market in Mozambique. They survived on begging and at night they slept in the stalls of the emptied market place. Prince and Maline had nowhere else to go. Concerned community members noticed the children and reported the case to local authorities. The little ones were soon brought to live at SOS Children’s Village Tete in Mozambique.

Lucas Malone, an employee at SOS Children’s Village Tete, says that the two siblings now have many older brothers and sisters, as well as a caring mother in a loving home. “Piecing together the story of the children was done with difficulty. We spoke to eyewitnesses who told us their mother used to sell tomatoes in the local market before she died,” said Lucas.

Lucas says Prince is getting a lot of positive attention at home and that he is learning new things. “He is still faced with challenges in communicating with others. Though, it can easily be noted that he is improving,” said Lucas.

Their SOS mother says that Prince and Maline are adapting to their new environment, they are both enrolled at SOS Schools and their health is improving gradually.