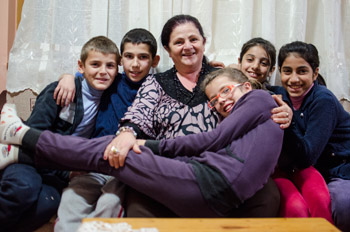 Lea and her older brother, Luriz, spent their earliest years living in poverty in Albania. After their parents split, their mom found a low-paying night job that barely covered their rent. For almost a year, she took the children to a free day-care centre and left them alone during the night. The two children would often wander off and sleep on the streets.

"The owners of the day-care convinced their mother to bring them to our Villages," says Maria, Lea's SOS mother in SOS Children's Village Tirana. "They were both pale with deep circles under their eyes. And, Lea was severely malnourished." 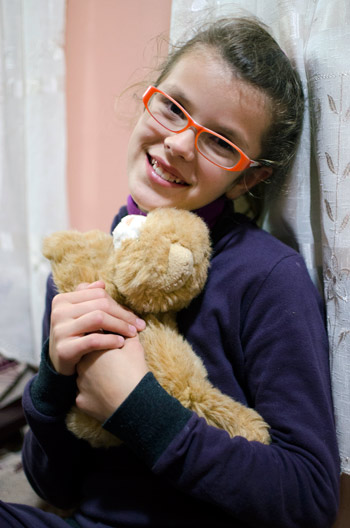 The two children were not used to a warm home. When they arrived to their new home, they began opening drawers, lifting rugs and looking under the furniture. By the time Maria understood they were looking for food, Lea had hid under the table in panic. It took a plate of home-cooked meal to draw her out.

"She came out because she was hungry, but she was still scared," remembers Maria. The experienced SOS mother decided to stay with her during the night. "She didn't care for the bed or the stuffed toys I laid out for her. All she wanted was to be held."

Maria hugged Lea and whispered to her: "You're my daughter now. You'll be with me forever." Lea hugged back and fell asleep.

Lea's health gradually improved. And, as she transformed into a happy healthy child, her bond with her SOS mom only grew stronger.