Democratic Republic of the Congo

Sponsor a Child in the Democratic Republic of the Congo

The Democratic Republic of the Congo (DRC) has been one of the most unstable African states since independence was sealed in the 1960s. The civil war that continues to unsettle this African nation has often been called the world's deadliest humanitarian crisis of the 21st century.

Children are at the very heart of the human tragedy that has unfolded in the DRC. Many children have been orphaned, displaced and killed.

SOS Children's Villages is supporting Congolese orphaned and abandoned children in the country, aiming to offer hope and a brighter future.

Sponsor a Child in the Democratic Republic of the Congo

SOS relies on the kindness and generosity of Canadians to be able to provide a home for the most vulnerable Congolese children.

By becoming a child sponsor you are making a commitment to helping an individual child in need.

2Youth Facilities
252Youths in our care

SOS Children's Villages in the Democratic Republic of the Congo

The activities of SOS Children's Villages in the Democratic Republic of the Congo began in the 1980s, when the country was still known as "Zaire".

The first location where we became active was Bukavu, in the eastern part of the country.

In 1996, during the country's bitter civil war, SOS Children's Village in Bukavu was briefly occupied by the armed forces.

Responding to continuing unrest in the region, SOS Children's Villages started working in Uvira, where we predominantly supported orphaned children who had lost their parents in the armed conflict.

Since 2004, SOS Children's Villages has also been operating SOS Family Strengthening Programmes, aiming to enable children who are at risk of losing the care of their family to grow within a caring family environment.

To achieve this, SOS Children's Villages works directly with families and communities to empower them to effectively protect and care for their children.

The Children in the Democratic Republic of the Congo

Children are clearly the most vulnerable group of population in the DRC.

Although the international community has been trying to intervene, recruitment of children for the country's armed conflict by all parties involved is systematic and widespread, and the DRC has one of the largest numbers of child soldiers in Africa.

Those children are trained to kill and torture and never get to experience true childhood.

Thousands of Congolese families have been separated as a result of the armed conflict.

The DRC is also a source and destination country for children subjected to forced labour and commercial sex work.

There are Congolese girls who are forcibly prostituted in tent- or hut-based brothels. Under-five-mortality rates are extremely high at 19.9%live births, and malnutrition is one of the leading causes of the high rate of child deaths.

Lack of knowledge, the poor health system, and the lack of medical staff, infrastructure and equipment further worsens living conditions.

The physical and mental development of a child is often seriously impaired by chronic undernourishment.

Children whose families cannot take care of them can find a loving home in one of the SOS families.

Some facts in the Democratic Republic of the Congo: Rich in natural resources but lacking stability

The Democratic Republic of the Congo was established as a Belgian colony in 1908.

In June 1960, the DRC achieved independence from Belgium.

Since then, the country has been marked by a history of war and corruption.

Joseph Mobutu seized power in a military coup in 1965 and changed the country's name from "Republic of the Congo" to Zaire.

In 1997, Mobutu's regime was overthrown by a rebellion and the country's name was changed again - this time to "Democratic Republic of the Congo".

The DRC has remained politically unstable, as conflict and human rights abuses continue.

The DRC is home to an estimated 71 million people.

The Congolese people are among the poorest in Africa, although rich in natural resources.

Millions have died either directly or indirectly as a result of the on-going conflict.

Violence does not abate: thousands of civilians tortured, murdered and displaced

Millions of civilians lost their lives in an intense armed conflict that reached its peak between 1998 and 2003.

Thousands of women were raped and countless acts of torture against men, women and children were reported by international observers and organisations.

The international community has been trying to help, diseases, hunger and war continue to claim the lives of many.

As of December 2010, around 1.6 million people in the DRC faced internal displacement.

The main causes of displacement are inter-ethnic clashes, military operations of armed groups, the illegal exploitation of resources, and natural disasters such as earthquakes, floods and fires.

Severe food shortages and devastating hunger mark the lives of many.

75% of the population are severely undernourished.

Cholera and other major diseases such as hepatitis A, malaria and typhoid fever continue to affect the lives of many.

Life expectancy at birth is only 48 years.

DRC is constantly among the ten lowest ranked states by the United Nations Human Development Index. 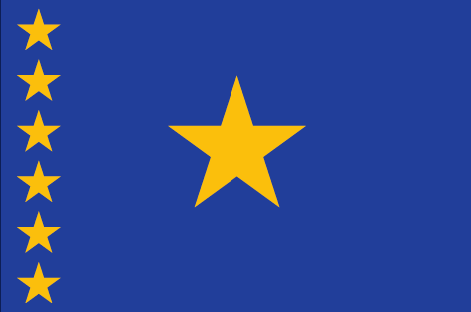