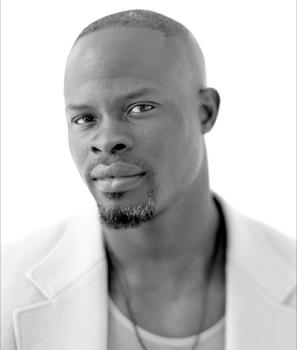 Academy Award-nominated actor Djimon Hounsou first learned about the work of SOS Children's Villages while filming Blood Diamond in Mozambique in May 2006. Back then, Djimon visited the organisation's projects in Maputo and has since been an avid supporter of the international NGO.

During his visit to the SOS Children's Village in Maputo, Djimon played with the children, presented them with gifts such as toys and sweeties, and also acted out a few of the scenes from Blood Diamond. Twenty-four children from this children's village were chosen as extras for this Hollywood movie and got to act alongside Djimon and actor Leonardo DiCaprio.

At the end of this visit, Djimon told the SOS mothers: "You are the queen of queens in Africa! You are so important for these children!" In the guestbook of the SOS Children's Village Maputo, he wrote: "Thank you for helping the kids dream of a brighter future!"

Djimon continues to support SOS Children's Villages and especially in his native Benin. Ahead of the organisation's 20-year anniversary in Benin in June 2007, Djimon said: "Congratulations to SOS Children's Villages in Benin! For twenty years, you have cared for the orphaned and abandoned children of my home country. Without you, these children would not have had a loving home, a mother, and a family. You have given them the chance for a future, and have helped their communities grow strong."

"I am proud to know that in Benin, children who may have lost everything else have not lost their chance to grow up in the wonderful environment that SOS Children's Villages provides. On behalf of the children of Benin, please accept my thanks for the work you do," Djimon added.