Against the background of a disastrous drought in 1974, SOS Children's Villages started its activities in Ethiopia. The organization quickly became aware of the suffering of thousands of abandoned and orphaned children in the country and started working in Makalle. One of Africa's poorest nations

For just $36/month you can sponsor a child in the Ethiopia and help provide an orphaned or abandoned child with:

Please help us ensure a loving home for every Ethiopian child.  Sponsor a child in Ethiopia now. 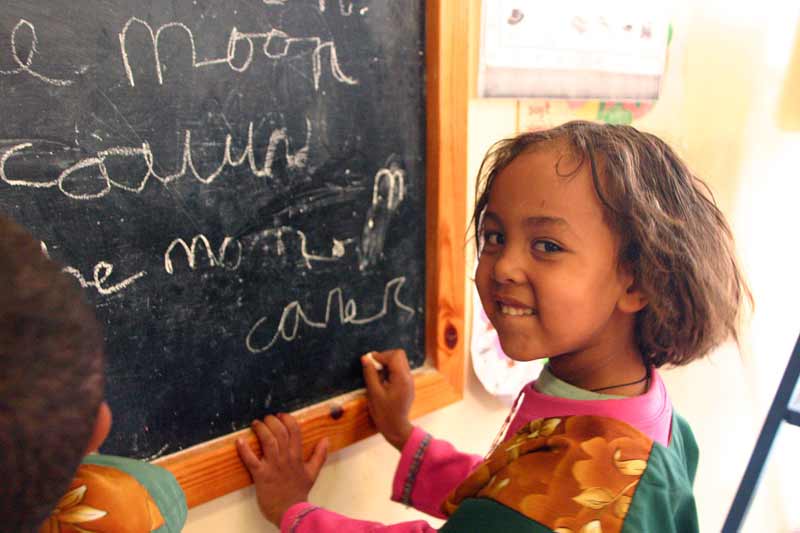 KINDERGARTENS
The SOS Kindergarten in Ethiopia are a fundamental building block for the early development needs including, intellectual and social skills for children.
7
KINDERGARTENS
1009
Kindergarten students

MEDICAL CENTRES
SOS Medical Centres in Ethiopia provide quality health care to the children in our care, our staff, our staffís family as well as people in the surrounding community.
5
MEDICAL CENTRES
35201
Patients

SOS Children's Villages supports hundreds of children through its activities in Ethiopia. At present, the organization is operating in Jimma, Addis Abeba, Harar, Hawassa, Gode, Bahir Dar and Makalle, on the Ethiopian-Eritrean border. 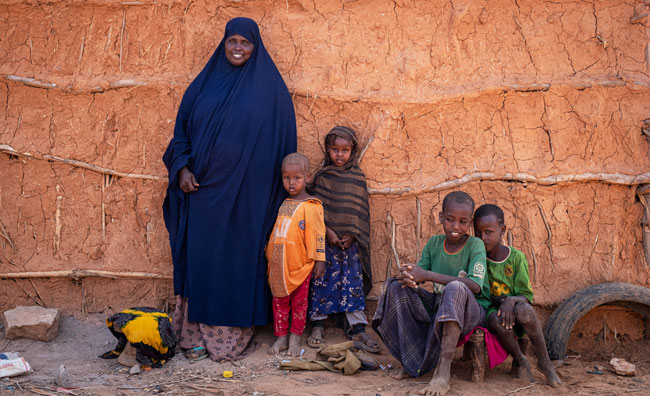 Apart from a five-year-occupation by Mussolini's Italy, during which the country formed part of Italian East Africa, Ethiopia has never been ruled by a foreign power.

Due to its geo-strategic importance, the Sub-Saharan country has been considered a major regional ally of the United States. One of the nation's most prominent citizens is former emperor Haile Selassie. He reigned over Ethiopia from 1930 until his ousting in 1974 and marked the country's political history more than anyone in the 20th century. Selassie issued a proclamation that outlawed slavery in his country and also played a major role in the creation of the "Organisation of African Unity" in 1963.

The economy in Ethiopia heavily depends on agriculture, which in turn relies on precipitation. The country is marked by a negative trade balance: the volume of imports is roughly three times that of exports. Coffee beans remain the most important Ethiopian export commodity. The country has been suffering from a phenomenon commonly known as "Brain Drain": many educated professionals who studied at Ethiopian universities are leaving for a better life in the West. In spite of the positive economic trend that this country has seen over recent years, the nation of 83 million remains one of Africa's poorest.

Ethiopia is one of the poorest nations in the world. The country's Gross Domestic Product (GDP) per capita is roughly 1/135 that of the United States. Periodic droughts and famines, a long-lasting civil war and a border conflict with neighbouring Eritrea have taken its toll.

Only 1/6th of the country's population is economically active, meaning that the vast majority of Ethiopians do not dispose of a regular income. On average, Ethiopians have a life expectancy of only 54 years. Although there has been some progress lately with regards to alphabetisation, nearly two-thirds of Ethiopia's population remain illiterate.

Almost half the country's population is undernourished and 39 per cent face a life on less than 1.25 US dollars a day. In rural Ethiopia, the number of people who live in extreme poverty is particularly high.

The health situation in the country is rather precarious: according to the World Health Organization (WHO), Ethiopia has only 3 medical doctors per 100,000 citizens, one of the worst figures in Africa. Only one in three Ethiopians have regular access to potable water and the sanitation coverage is very limited. Droughts occur frequently in Ethiopia and constantly drive millions of people to the brink of starvation. The Human Development Index (HDI) for Ethiopia is considerably lower than the Sub-Saharan average. 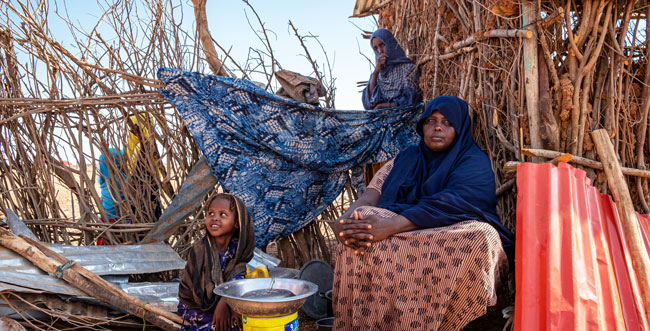 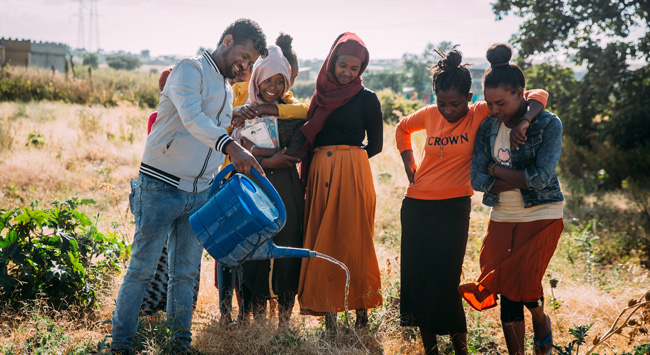 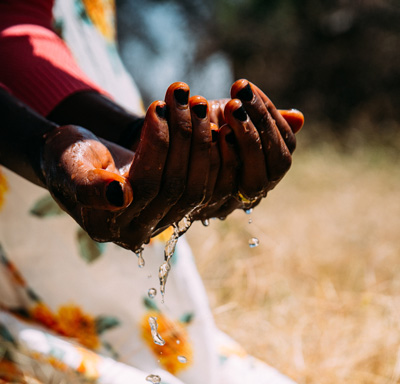 Demographically speaking, Ethiopia is a very young country: around 45 per cent of its population are less than 14 years old, a fact that can partly be attributed to the country's low life expectancy. The country's infant mortality rate is at a staggering 109 per 1,000 live births - one of the highest in the entire world. Only 6 in 10 births are attended by skilled medical staff. An estimated 830,000 children in Ethiopia have lost one or both of their parents due to AIDS.

A large number of these children lack parental care and a caring family environment. Thousands of them are roaming the streets of the country's urban centres without having a place to sleep. They engage in petty crime or beg in order to survive. In Ethiopia, access to food and clean drinking water is still a problem for thousands of young children and adolescents. Roughly 40 per cent of all Ethiopian children below the age of 5 are chronically undernourished.

Although the number of new HIV infections in Sub-Saharan Africa has noticeably dropped over recent years, HIV/AIDS remains a major cause of vulnerability for many Ethiopian children and their families. About 34 per cent of worldwide HIV infections are concentrated in only 10 African countries, including Ethiopia. For a fear of social discrimination, many Ethiopians decide to keep their HIV status hidden.

The Ethiopian primary school attendance rate is comparatively low at 45 per cent. Many families cannot send their children to school because of financial constraints. However, without a basic level of education it is hard to break away from the vicious circle that most orphaned children are entering at an early age. Without education, they are very likely to end up living a life in poverty once they become adults, neglected and marginalised by society.

Horn of Africa on the edge of starvation: Emergency assistance is urgently required
Climate change, poverty and our children’s future: A global crisis that requires local investment
Displaced mother of 10 has peace at mealtime, but the need is still great
Young people in Ethiopia teach their elders to adapt to a changing climate
Displaced mother of 10 has peace at mealtime
Young boy finds a loving home
Children Pay Heaviest Price in Ethiopia’s Tigray Conflict
Adapting to climate change in Ethiopia
COVID-19: Emergency Support in Keranyo, Ethiopia
COVID-19: Children Keeping Busy at SOS Ethiopia
Media