Looking Back: Reflections From a Grown SOS Child in Côte d’Ivoire 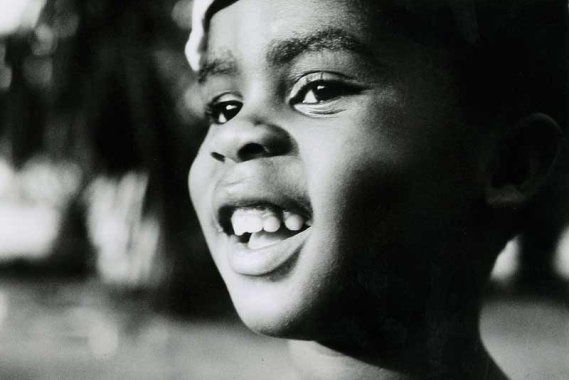 The children's village in Abobo-Gare, Côte d’Ivoire, became an SOS Village in 1971, two years after it had started operating under the name of "The Village of Friendship". The village was the first presence of SOS Children’s Villages on the African continent.

Sidibe was among the first children live at the SOS Children's Village Abobo-Gare in 1975 , when his family was unable to take care of him. He was only a few months old then - now at 41,  Sidibe is a responsible man, who is proud to revisit his past. This is how he tells his story:

The village life was great, especially during festive periods like Christmas, New Years or Tabaski.

I fondly remember those good times when everybody ate together. On Christmas Eve, all the SOS families would gather on a large esplanade, and those beautiful nights always ended with a dance party. We received gifts during these beautiful celebrations. I have good memories of the beautiful SOS Children's Village Abobo-Gare. Its friendly setting inspired the children with nothing but positive feelings. We really liked it!

The best memory I have of SOS Children's Village Abobo-Gare is the Sunday mass with the whole family in church and father Martin, the first village director, who was officiating. The Mass was really beautiful and calm.

Today when I go back to the village, it doesn't seem as colourful and cheerful as I remember it, and I think it could use a few repairs. Maybe I say so because I have grown and no longer see things with the eyes of the child that I was.

I moved to the SOS youth house in 1996. The separation from my SOS family was not difficult, because the house was located within the village. There were ten of us living in the flat and we all got on very well, the atmosphere was really good.

Despite the urging from my educators, I did not complete my studies due to my lack of concentration. I stopped in class 4, which is the equivalent of the third year of general secondary education in Côte d'Ivoire.

Leaving the youth house was a crucial moment in my life. After being forced to acknowledge defeat in the general secondary education, I was directed to a training centre to learn mechanics. It is at this moment that I decided to take my fate into my own hands. I didn't want to waste this new opportunity that my educators were giving me. I worked hard to obtain my Vocational Training Certificate in mechanics. With the diploma and thanks to the village support, I landed a job in one of the big companies of the city.

The problems in my life were always matters of administration, sometimes even of identification, because of the lack of identity cards for my biologic parents. To this day, I cannot be issued a passport or any other official papers because of this problem. Nevertheless, thanks to SOS Children's Village Abobo-Gare, I was able to obtain a national ID card to allow me to work.

Today I am an auto mechanic. The atmosphere at work is pleasant and the environment is healthy. I love my work. I find it fascinating. I am very happy, because I feel good at what I do. My work allows me to satisfy my needs as well as those of my family. My work has a very positive influence on my family, because it allows me to offer them a decent life.

I live with my fiancé. We have two children and the third is on the way, I have always wanted to have three children. Even though they are too small to really understand, I try to inspire a sense of family, respect for others and humility in them.

The education I received from SOS Children's Villages allows me to lead a life of independence and responsibility, and I am proud of it. I value respect, humility and forgiveness above all other virtues and make an effort every day to remain humble and respectful. I still maintain very good relationships with some of my SOS brothers.

In the future, I would like to open a business and also help the poor.

When you become a sponsor to a child who is like Sidibe once was, you help them to grow up in the warmth and security of a family, to receive an education or to learn a trade and thereby prepare them for a successful, independent life. Learn more about sponsoring a child.