Sponsor a Child in Côte d'Ivoire

Côte d'Ivoire's was once one of the most prosperous in Africa, but is now marked by high levels of poverty, inequality and unemployment.

In 2010, post-electoral conflict led to violence and the displacement of thousands. In such harsh conditions, SOS Children's Villages has been supporting children and young people who are the most vulnerable members of society.

For just $36/month you can sponsor a child in Côte d'Ivoire and help provide an orphaned or abandoned child with: 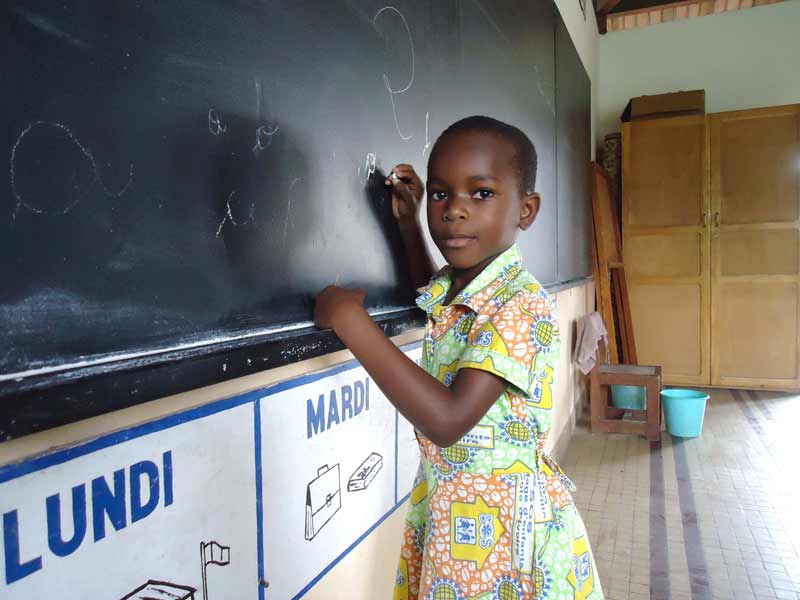 As the number of orphaned and abandoned children in Côte d'Ivoire was rising steadily, we began working in the Aboisso region in the 1980s. Owing to the HIV/AIDS pandemic, SOS Children's Villages initiated an SOS Family Strengthening Programme in 2004, aiming to protect children who are at risk of losing the care of their family.

At present, SOS Children's Villages is helping Ivoirian children in three different locations by providing day care, education and medical assistance. Children whose families cannot take care of them can find a loving home in one of the SOS families.

KINDERGARTENS
The SOS Kindergarten in CÙte d'Ivoire are a fundamental building block for the early development needs including, intellectual and social skills for children.
3
KINDERGARTENS
171
Kindergarten students

MEDICAL CENTRES
SOS Medical Centres in CÙte d'Ivoire provide quality health care to the children in our care, our staff, our staffís family as well as people in the surrounding community.
2
MEDICAL CENTRES
824
Patients

Sponsor a Child in Côte d'Ivoire

SOS relies on the kindness and generosity of Canadians to be able to provide a home for the most vulnerable children of Côte d'Ivoire.

Situation of Child in Côte d'Ivoire

During the 1960s and 1970s, Côte d'Ivoire was one of Africa's most prosperous nations due to foreign investment and cocoa exports, and was hailed as an African model of political stability and peace.Immigration from neighbouring countries rose steadily as it became known that farmers received high prices for their crops. The economic boom came to a halt in the 1980s, owing to an economic crisis of unprecedented magnitude that heavily affected the country.

In 2002, an armed uprising launched attacks in different cities of the country. The event marked the beginning of a period of instability that caused a social and humanitarian crisis. More than 200,000 people were driven out of the shantytowns of Abidjan and their homes destroyed with bulldozers.

In November 2010, Alassane Ouattara was declared the winner of the presidential election, but former President Laurent Gbagbo refused to accept defeat. Post-electoral violence erupted and led to the displacement of hundreds of thousands. Hundreds of thousands displaced as a result of post-electoral conflict While Côte d'Ivoire used to be a prosperous nation not too long ago, over 50 per cent of Ivoirians now face a life in poverty.

Over the last decades, the country has become one of the poorest in the world. Life expectancy is low at only 58 years and 14 per cent of the country's population are chronically undernourished. Nearly half the population in Côte d'Ivoire is illiterate. many regions, social services are inadequate and thousands lack access to decent housing, sanitation and medical assistance.

Food shortages are widespread. The number of poor has been on the rise partly as a result of the volatility of world prices for coffee and cocoa. HIV/AIDS remains one of the country's major public health challenges as around 3.4 per cent of Ivoirians are HIV-positive.

The civil war has displaced nearly one million people. Since Ouattara was sworn in in April 2011, this number has decreased but an estimated 300,000 people remain displaced. Both the new government and supporters of ex-president Laurent Gbagbo have been accused of human rights violations, and the situation continues to be very tense.

Children are in urgent need of protection

Many Ivorian children face tremendous socioeconomic hardship. The vast majority of the 1.1 million orphans grow up without any support, struggling to survive as street children in the country's urban centres, begging for food and money. They are extremely vulnerable to commercial sexual exploitation, child labour and recruitment by armed gangs. These children are also frequently forced into labour, particularly in cocoa plantations.

When post-electoral violence reached its peak, hundreds of thousands of children could not attend school. Some schools were used by the armed forces and thus remained closed. Although a number of non-governmental organisations had been trying to get the students back to class as soon as possible, many schools could not be re-opened as quickly as they had hoped. However, since May 2011, roughly 85 per cent of children in the country's North and West have returned to the classroom.

Sexual abuse of girls by people affiliated to the armed groups and the United Nations peacekeeping mission has reportedly occurred. However, the soldiers accused of sexual abuse have not been prosecuted.

Empowering women in Cote d'Ivoire through Village Savings Associations
SOS helps hundreds of girls out of child labour in Cote d’Ivoire: The “Tantie Bagage” Project
Preventing Child Labour and Empowering Girls in Côte d’Ivoire
SOS Mother Helps a Young Girl Survive and Thrive
One Year Later, the Family is Closer Than Ever
Rescued From a Public Toilet
Looking Back: Reflections From a Grown SOS Child in Côte d’Ivoire
Child Rights in Africa: “They still deserve to be children.”