Child Rights in Africa: “They still deserve to be children.” 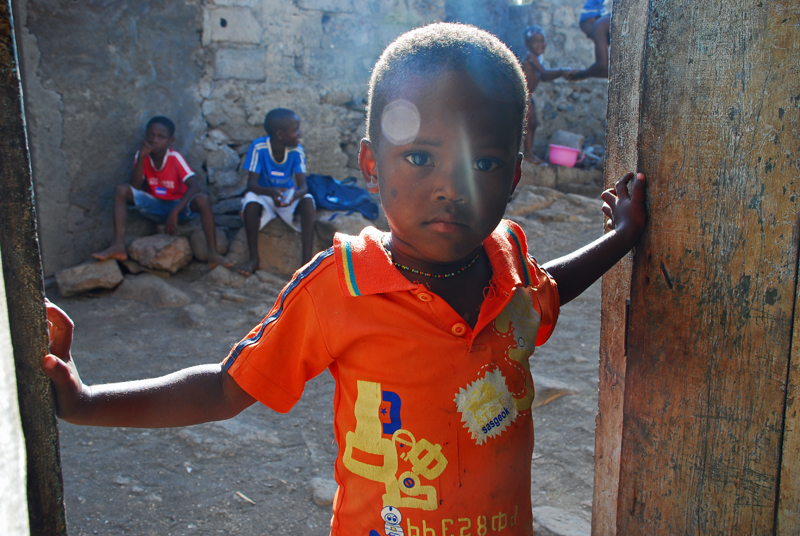 Child abandonment in Kenya is a common phenomenon. Every other day a story is run in the media of an infant found deserted on a garbage heap, left in a hospital or public toilet. Sometimes the abandoned child was thrown in a pit latrine, left to drown in excrement. And though no official statistics adequately illuminates the actual scale of the problem, anecdotal evidence points to a rampant societal issue.

SOS Children’s Villages Kenya provides an alternative to orphaned, abandoned and vulnerable children. Yet, in Kenya, more was needed and so in 2006 the organisation launched a toll free number in partnership with other like-minded international non-governmental organisations to offer children at risk a lifeline.

Moses, 22, grew up in an SOS family in Nairobi. He was abandoned by his mother in a hospital in western Kenya a few days after his birth.

“I am told my mother was young, no more than 19 years old,” says Moses. “She needed to clear her maternity medical bill in order to take me home. But she did not have the money. The hospital administration asked her to leave me behind so she could go look for money and then come back, pay and take me. She left. Days turned into weeks, weeks turned into months. She never returned. She left me with no name, no birth certificate and no identity,” he says. He was the hospital baby for seven years.

Moses joined a loving SOS family in 1999 where he had brothers and sisters and an SOS mother as head of the family.

In Cote d’Ivoire, like in many other African countries, mentally ill mothers are unable to care of their children. Though they may try, the result is a child growing up on the street, foraging for food in the garbage, often begging from strangers just to make that day a little easier.

Larisa’s mother was in her first year of high school when she developed a mental illness and took to the streets. Whilst living on the street the young girl became pregnant and had Larisa. The streets of Abidjan were home to Larissa for a long time until she was found and placed with a loving SOS family. She does not remember much from her days with her mother except for her occasional bursts of aggressive behaviour.

“A mentally-ill mother would have difficulties to bond with her child, and to show love and affection,” explained Dr Mbong Eta Ngole, public health specialist and Program Development Advisor for SOS Children’s Villages in West and Central Africa.

Eta adds that a child whose mother is mentally ill will be exposed to dangers that include neglect and stigma.

“In the long run, the mental illness will lead to loss of parental care (of the child),” says Eta.

In South Africa, though mental illnesses are also contributing factors to abandonment, SOS Children’s Villages South Africa is finding that the societal ills characteristic of a violent urban society with high levels of alcohol and drug abuse are posing unprecedented challenges to the welfare of children in these societies.

In Cape Town and Johannesburg, cities both known for its wealth and development but also its violence, children in SOS families and community-outreach programs come from dysfunctional families.

Marcia Cannon, program director of the SOS programs in Cape Town, says “tik” (crystal methamphetamine) is widely used by children in the surrounding community. Four out of the 89 children in SOS families in the city are attending drug rehabilitation treatment.

Sam Motsitsi, program director at SOS Children’s Village Ennerdale in Johannesburg, and Marcia Cannon, his counterpart for SOS programs in Cape Town, say that keeping children in SOS’s care safe from drugs is proving to be challenging considering the community they live in.

“For us, the scary part is that our own children are exploited in the community. A girl was found with a bag of full of drugs like Nyaope (a South African street drug cocktail made of cocaine, dagga, anti-retroviral medication and rat poison), and you know she won’t smoke it by herself – she’s selling,” explains Motsitsi.

Interventions to secure the welfare of children in South Africa are now changing, says Cannon, because society has changed. “However, even if the interventions are changing, the needs of the children have not. They still deserve to be children.”