Sponsor a Child in South Africa

Former president and ANC leader Nelson Mandela is one of the most renowned advocates of SOS Children's Villages in South Africa.

Against the background of South Africa's HIV/AIDS pandemic, the organisation focuses on implementing community-based childcare & support programs in order to help vulnerable children and their families.

At present there are eight SOS Children's Villages with 106 SOS families caring for 811 orphaned and abandoned children.

Sponsor a child in South Africa

Please help us ensure a loving home for every South African child. Sponsor a child in South Africa now.

Sponsor a Child in South Africa

SOS relies on the kindness and generosity of Canadians to be able to provide a home for the most vulnerable children of South Africa.

Please help us ensure a loving home for every child. Sponsor a child in South Africa now.

KINDERGARTENS
The SOS Kindergarten in South Africa are a fundamental building block for the early development needs including, intellectual and social skills for children.
2
KINDERGARTENS
128
Kindergarten students

Every time natural disasters like storms and floods hit South Africa, SOS Children's Villages provides immediate help where it is needed most in the form of SOS Emergency Relief Programs.

Furthermore, the organisation runs SOS Family Strengthening Programs in order to support children and young people who are at risk of losing parental care. When children can no longer stay with their families, they are cared for by their SOS mothers in one of the SOS families. 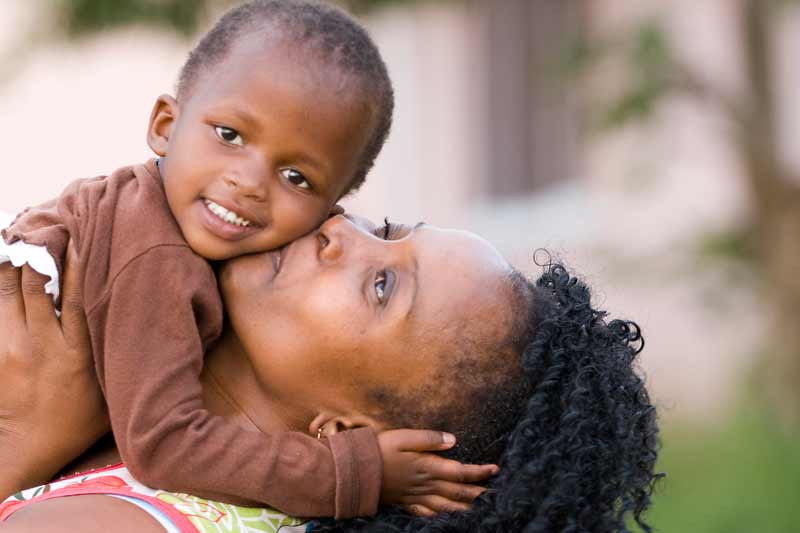 Situation of the children in South Africa

Children under 18 years of age represent two-fifths of South Africa's population. Black Africans account for the vast majority of these children.

Nearly 3,400,000 children in South Africa are orphans. Around two million of them have lost either one or both of their parents due to AIDS and 330,000 live with HIV, a sad number that shows the extent to which the disease has been affecting the country's youngest segment of the population.

The HIV/AIDS pandemic in South Africa is one of the greatest threats to compliance with child rights. Children whose parents are HIV-positive face multiple vulnerabilities, such as becoming infected themselves, the fear of being orphaned or abandoned, social discrimination and neglect. Overall, HIV/AIDS is a major cause of deepening poverty in the country.

The number of children who face a life without parental care has been on the rise lately, particularly in the Eastern Cape and KwaZulu-Natal provinces. 122,000 South African children under the age of 15 live in 60,000 child-headed households.

A large number of children and adolescents cannot attend school due to financial constraints or because they have to put food on the table for their families.

The country has made significant progress in providing access to basic education in recent years. The primary school enrolment rate in South Africa is 86 per cent.

Since poverty is a phenomenon that is often transferred across generations, it is crucial to break the vicious circle at an early age and provide poor children with educational opportunities and a caring family environment. 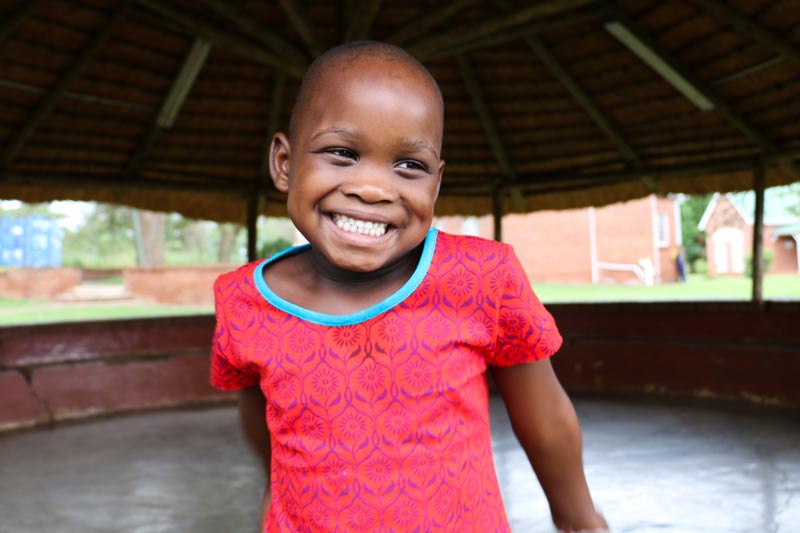 Some facts about South Africa

The Republic of South Africa is a parliamentary democracy situated in Southern Africa. In 1994, South Africa saw its first universal elections. By an overwhelming margin, they were won by the African National Congress, which has been in power ever since.

Although South Africa has the continent's biggest economy, the lives of many of its citizens are still marked by high levels of poverty. The country's total population amounts to approximately 50 million and its capital city is Pretoria.

South Africa is a country characterised by tremendous contrast: while thousands of people live in extreme poverty, within kilometres others reside in luxury palaces, located in "gated communities", as the ghettos of wealthy people are often referred to.

Despite South Africa's status as an upper middle income country, 23 per cent of its population still live below the national poverty line.

Although poverty figures have noticeably dropped over recent years, the marginalisation of tens of thousands of people who find themselves on the bottom steps of the socioeconomic ladder is evident. At 22 per cent, the unemployment rate in South Africa nearly equals the country's poverty rate.

A strong connection between poverty and joblessness is therefore manifest. Inequality is another problem the country faces. While poverty has decreased, income inequality has been on the rise.

At roughly 37 murders per 100,000 citizens, South Africa is one of the most dangerous countries in the world. At birth, the average life expectancy in South Africa is only 52 years. The country also has a very high incidence of rape, especially in and around Johannesburg, where the problem has become increasingly common among adolescents.

Furthermore, South Africa is characterised by one of the highest numbers of HIV-positive citizens in the world. Although the government has implemented a number of prevention programs, around 18 per cent of South Africans between 15 and 49 years of age live with HIV/AIDS, making the disease the biggest health issue in the country.

From Nightmares to Dreams: An SOS Success Story
Sickness, Setbacks and Triumphs: SOS Alum Tells his Story in a New Book
YouthCan!
Alex Gets a Family
Child Rights in Africa: “They still deserve to be children.”
The Cape Town SOS Village Goes Green