Although the island nation of Mauritius is characterised by political and economic stability, a proportion of people still find themselves on the bottom steps of the socioeconomic ladder.

Child trafficking and child labour are some of the problems that persist. SOS Children's Villages is working to protect the country's must vulnerable young people and children.

SOS Children's Villages initiated its activities on the island in the 1980s. The organisation received a plot of land just 20km outside of Port Luis, the country's capital, where the country's first SOS Children's village was inaugurated in 1990. Against the background of increasingly high levels of poverty, in particular in rural areas of the island, the organisation decided to start working in Bambous.

Since 2004, SOS Children's Villages has been running SOS Family Strengthening Programmes, aiming to strengthen existing family ties and to enable children who are at risk of losing the care of their family to grow up within a loving family environment.

At present, SOS Children's Villages is supporting young people and children in Mauritius via different programmes, providing day care, education and vocational training. Children whose parents cannot take care of them can find a loving home in one of the SOS families.

1Youth Facilities
63Youths in our care

Some facts about Mauritius

The Republic of Mauritius is an island situated in the Indian Ocean, just off the south coast of Africa. Its capital is Port Louis. Experts have called it an African social and economic success story. Democratic elections are held on a regular basis and human rights are generally respected and protected.

Economically, the island once heavily depended on the cultivation of sugar cane. However, over the last decades, the country's economy has diversified. The production of textiles and textile-related products began in the 1970s.

Mauritius' palm-fringed beaches continue to attract thousands of visitors from all over the world, making tourism another main pillar of the country's economy. Mauritius is admired for its rich flora and fauna. Some of the plants on Mauritius cannot be found anywhere else on earth. Owing to its history, Mauritius has always been a melting pot of cultures and ethnic heritage.

Infant mortality rates have dropped, universal access to health care has been secured, malaria and polio eliminated and nearly the entire population has access to clean drinking water. According to the Central Statistical Office, fertility rates have also dropped noticeably over recent years while life expectancy has been on the rise.

However, poverty has not fully disappeared from the island. Neither has violence against women, children losing parental care as a result of poverty or the social exclusion of children who suffer disabilities. In this tropical paradise, there is still a share of disadvantaged and poor people, particularly in rural areas.

Around 300 Malagasy women transited Mauritius during the first six months of 2010 en route to employment as domestic workers in Lebanon. Some of these women were subsequently subjected to conditions of forced labour.

The United Nations Human Development Index analyses and evaluates the development situation of a country by looking at a variety of different factors. According to the index, Mauritius is currently ranked 72 out of more than 150 countries.

HIV/AIDS does not affect Mauritius to the same extent as it affects most other African nations: according to a 2010 UN AIDS report, there are currently around 8,000 people in Mauritius living with HIV/AIDS. Around 22 per cent of the people in need received antiretroviral therapy.

Situation of the children in Mauritius

A number of indicators clearly show how much progress Mauritius has made concerning the protection of its children. The country's infant mortality rate dropped from 15.3 per 1,000 live births in 2007 to 14.6 in 2008, universal access to education has been secured and a number of infectious diseases have virtually been eradicated.

The constitution of Mauritius clearly prohibits forced labour and slavery. Although the government of Mauritius has significantly strengthened its legal framework to fight child labour, the commercial exploitation of minors has not completely disappeared. Girls aged ten or even younger have been found in prostitution.

The prevalence of child labour may be fairly low but children are still involved in agricultural activities, street vending and domestic service. Many of these children work in rather hazardous environments where they have to use dangerous machinery.

Mauritius remains a country in which children are subjected to sex trafficking. Young girls from all different parts of the island, in particular from Rodrigues Island, are forced into prostitution both within Mauritius and abroad.

Child abandonment continues to be a major problem in Mauritius. Poverty and change in partners are cited as the main reasons. Over recent years, the number of street children has increased across the island. In total, around 1,000 in Mauritius live either fully or temporarily in the street. Street children are highly vulnerable to physical and sexual abuse, neglect and violence. 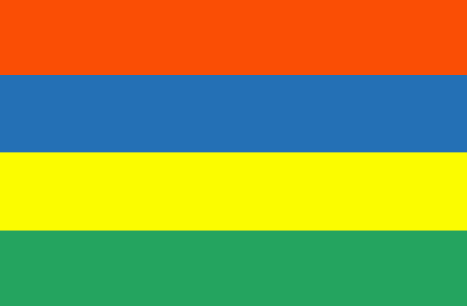