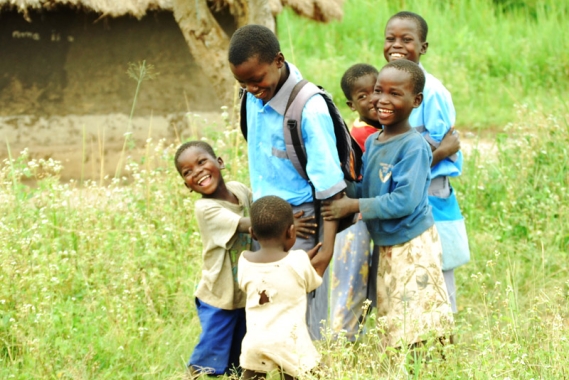 Timothy always went to school in regular clothes because buying a school uniform was a financial burden his care-taker could not afford. After a grace period, Timothy was eventually barred from school. He was told not to return until he had his school uniform.

This was a tall order for the 13 year old who lives with his maternal aunt, Jennifer. She struggles to fend for Timothy, his six siblings and her three children with her meagre income from farming. Timothy lost his mother in 2014 following a poisoning incident.  His father left shortly after and has not been seen since.

The overwhelming responsibility of caring for 10 children quickly drained Jennifer’s resources. She could not afford to pay school fees for any of the children, including her own, nor could she buy educational material and school uniforms.

Fortunately the SOS Family Strengthening Program (FSP) has stepped in to support the family. School fees for Timothy and his younger sibling Derrick have now been paid for this whole year. The duo has also received a pair of light blue shirts and grey shorts for their school uniform. 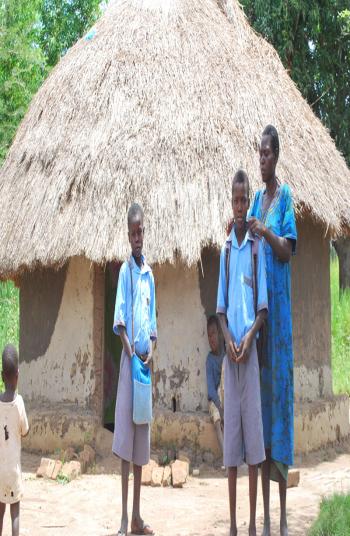 The FSP intervenes when children are at risk of losing parental care, and helps families with whatever they need to create an environment in which a child can flourish and meet his/her potential.

“I do not know how I would have paid school fees and procured uniform for 10 children this year,” says Jennifer. “It gives me great joy that Timothy is going to school and he does not have to be humiliated by being the only one in home clothes. He is now in primary five and although he is far from completing his education, I am glad this year is paid for,” she says.

The FSP has partnered with Sustainable and Integrated Support for Orphans (SISO) to enable vulnerable children in Gulu, northern Uganda to attend school. The project runs for a year.

“Next year will be difficult,” says Timothy. “It is likely that I will go back to the habit of skipping school for lack of school fees.  If I am to become a doctor one day I need to be in class attending to my favourite subjects, math and science without interference. However, putting on uniform for the first time has given me a new sense of hope and made me believe that all is possible.  I will not give up on my dream,” he says.

But even with this determination Timothy has deep seated anxieties. “I fear that if I drop out of school, my days will be spent in my aunt’s farm weeding or chasing birds and other animals from destroying crops.”

The impact of the FSP-SISO partnership is greatly pegged on the general performance of Timothy and the other children enlisted in the project. The evaluation will be carried out at the end of the academic year.

“I want Timothy to study hard and go to University. He needs to achieve his dreams so he can support his siblings”, says Jennifer.

*Name changed to protect the privacy of the child.