Sponsor a Child in Uganda

Despite the discovery of vast oil and gas reserves, Uganda remains marked by alarmingly high levels of poverty and political insecurity.

Access to basic services is particularly limited in rural areas of the country.

SOS Children's Villages is working to help and protect vulnerable young people and children in Uganda.

Please help us ensure a loving home for every Ugandan child. Sponsor a child in Uganda now.

Sponsor a Child in Uganda

SOS relies on the kindness and generosity of Canadians to be able to provide a home for the most vulnerable children of Uganda. 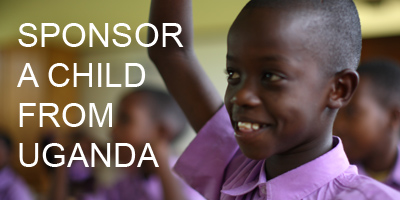 KINDERGARTENS
The SOS Kindergarten in Uganda are a fundamental building block for the early development needs including, intellectual and social skills for children.
4
KINDERGARTENS
479
Kindergarten students

MEDICAL CENTRES
SOS Medical Centres in Uganda provide quality health care to the children in our care, our staff, our staffís family as well as people in the surrounding community.
3
MEDICAL CENTRES
26088
Patients

SOS Children’s Villages started its activities in Uganda in the year 1988.  SOS first started working in a region that had been heavily affected by the war.

SOS Children’s Villages’ cooperation with the Ugandan government intensified in 2002 when a new agreement was signed, increasing governmental support and recognition for the work of our organisation.

The children in Uganda

Uganda is an extremely young nation: nearly half of the country's population is younger than 14 years of age.

In Uganda, 2,700,000 children have lost either one or both their parents - half of them as a result of the on-going AIDS epidemic that continues to be a heavy burden to Ugandan society.

Thousands of Ugandan children grow up without adult guidance and care because of AIDS.

Many of these children never get to experience true childhood. At an early age, they head households and are in charge of looking after an entire family.

Many children are frequently forced to drop out of school in an effort to help their family survive.

Because of HIV/AIDS, war, natural disasters and civil strife, the number of child-headed households in Uganda has been on the rise: around 42,000 children between the ages of 10 and 17 are heading households. Their economic situation is often precarious.

The under-five-mortality rate in Uganda remains high at 12.8% and in thousands of cases births are not attended by skilled medical staff.

Infectious viral diseases that are easily curable in industrialised nations still cost the lives of many children.

Children who lose their parents and end up living in the streets, scavenging and begging in order to survive are omnipresent in Uganda's larger cities.

The country is home to around 10,000 street children who are exposed to a harsh and often hostile environment on a daily basis.

Children find themselves trapped in a vicious cycle of drugs, poverty and, quite frequently, criminal activities.

SOS Family Strengthening Programmes have been launched in order to support children who are at risk of losing parental care.

When children can no longer stay with their families, they can be cared for in family-like settings by SOS mothers.

You can help - sponsor a child from Uganda today 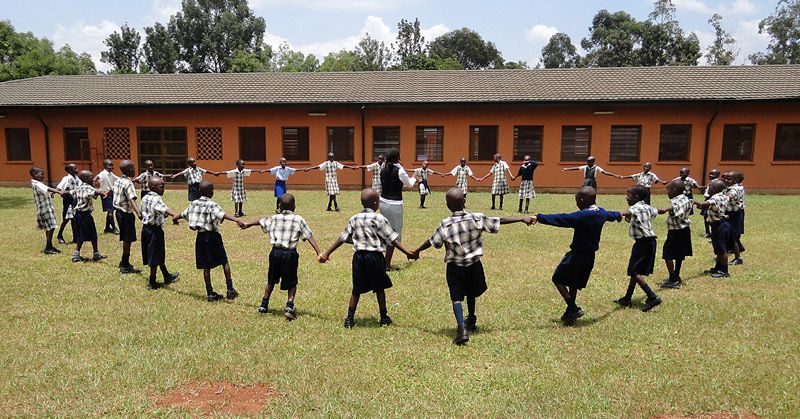 The discovery of oil and gas reserves in western Uganda has attracted foreign investors and boosted confidence in the country's economy.

A number of democratic and economic reforms were introduced and inflation has fallen noticeably over recent years.

The terror spread by one of Africa's most cruel guerrilla groups, the "Lord's Resistance Army", has proliferated and is now affecting neighbouring countries as well.

In 2011, a controversial bill was proposed which included the death penalty for anyone violating the country's anti-homosexuality laws.

According to the proposed bill, anyone who witnessed "homosexual activities" and failed to report them would have faced a prison sentence.

As a result of international outrage and protest, the bill finally failed to pass through government in Uganda.

Uganda is a drought-stricken country: thousands of subsistence farmers and their families face precarious living conditions during certain times of the year.

Whether or not they have enough to eat will often depend on the climate situation.

Natural disasters affect Uganda on a regular basis: in 2010, devastating landslides took the lives of many and displaced thousands.

In the country's north and north-east, people have not been able to benefit from Uganda's economic upswing. In these regions, severe food shortages and devastating hunger mark the lives of many.

Only 38% of Uganda's population have access to clean water. Millions live in shacks without proper sanitation, access to medical services or basic education.

More than half the country's population lives on less than 1.25 US dollars per day.

Uganda remains marked by an extremely high HIV prevalence rate of 16%, one of the highest in the entire world.

The mother-to-child-transmission of HIV remains a particularly worrying problem in Uganda.

Despite a variety of programmes aiming to reduce the number of children contracting the virus during pregnancy, 150,000 Ugandan children live with HIV.

However, more and more women receive anti-retroviral drugs and the number of infected babies is expected to further decrease in the future.

Working together to enhance Early Childhood Development in Uganda: Foundation for a Bright Future
Dembe's Story: Dreams Do Come True
Haggai's Story: Ready to shape his future and give back
Life as an SOS Mother
Finding a Loving Home
Young Entrepreneurs: Growing a Business from the Ground Up
New Uniform, Renewed Hope