Home » About SOS » Where We Help » Africa » Uganda

Between 1998 and 2003, communities in the Kabarole district (western Uganda) were badly devastated by rebel activities of the Allied Democratic Forces (ADF), HIV/Aids and Ebola.

The area remained largely underdeveloped with high poverty levels hence leading many people to live in the worst conditions without access to life’s basic needs.

Children were the most affected. In order to meet the growing numbers of orphans and vulnerable children in this area and following the proposal of the board of trustees, SOS Children’s Villages International decided to construct a SOS Children’s Village in Fort Portal, including a SOS Kindergarten and a SOS Social Centre (Family Strengthening Program).

The piece of land on which the SOS facilities were to be constructed was donated by the Local government. In 2011, construction work was finished and the first SOS families moved into their new homes.

The scope of activities of SOS Children’s Villages Kakiri, Entebbe, Gulu and Fort Portal was enhanced during the last years by including SOS Family Strengthening Programs which have been operated by the respective SOS Social Centre.

SOS Family Strengthening Programs aim at helping vulnerable children to stay with their family if they are at risk of being separated from it. In order to achieve this SOS Children's Village closely co-operates with the families and local governments and supports them in their endeavors to take care of and protect their children in the best possible way.

This kind of preventive action has been organized together with local authorities and other partners. The SOS Children’s Village Fort Portal comprises twelve family houses to accommodate approximately 120 children, a village director's house, aunts' house (SOS aunts take care of the children during their SOS mothers’ absence), “tukul”, which is an African hut to hold events, co-workers' house and an administration and service area.

The SOS Children’s Village also includes a SOS Kindergarten which accommodates 11 children. In order to rapidly provide vulnerable and destitute families and children with help, it was decided in 2009, before the SOS Children’s Village went into operation, to start a SOS Family Strengthening Program in Fort Portal. About 3000 children benefit from this Program per year. 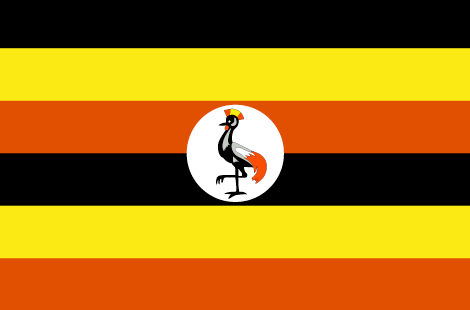 Dembe's Story: Dreams Do Come True
Haggai's Story: Ready to shape his future and give back
Life as an SOS Mother
Finding a Loving Home
Young Entrepreneurs: Growing a Business from the Ground Up