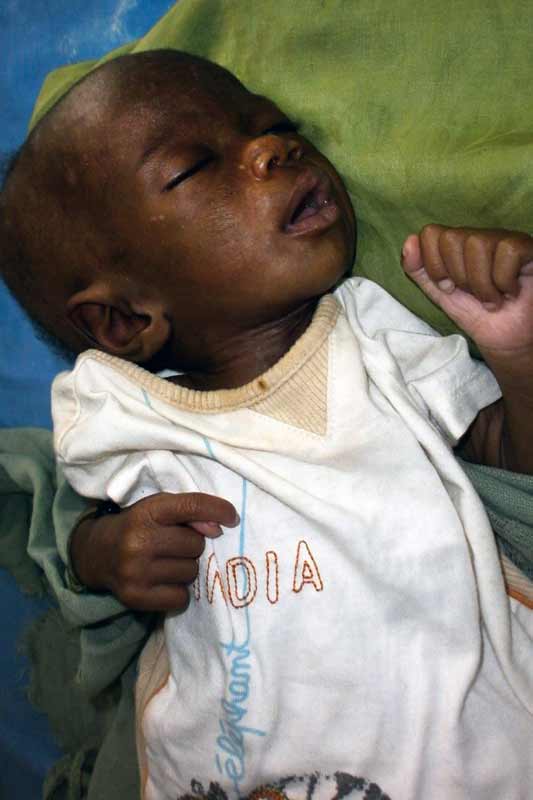 Maimouna Diop* is five and a half years old and lives in Kaolack, in the Nimzatt district in southern Senegal. She is the youngest of five children. In July 2012, when she was a baby, little Maimouna became extremely sick, suffering from acute malnutrition. At five months old, Maimouna was admitted to the SOS Medical Centre in Kaolack’s nutritional recovery centre.

Aïssata DIA, Maimouna mother, is a woman who lived with her (recently deceased) chronically ill husband and five children in a shack, very much like a box, that had been lent to them by a neighbour. She received no support from her parents or from the harsh surroundings. She felt very isolated and constantly lived a remarkable precariousness. The basic needs of her children were not adequately met. They did not have daily meals or access to primary health care.

Because of the family’s desperate situation and the five young children, the Diop family became participants in the SOS Family Strengthening Program in Kaolack. She sold charcoal as an income-generating activity and this made it possible to care for her family, caring for her ailing husband and feeding the children.

It was under these circumstances that Maimouna was referred to the medical centre’s nutritional recovery program.

How the recovery program helped Maimouna

After the diagnosis of severe malnutrition as a result of a lack of her mother’s breast milk, Maimouna was hospitalised in the intensive care unit. During the treatment a nasogastric tube – through her nose and down her throat – was inserted to correct fluid losses. Through the tube she received a milk replacement, anti-anaemic fluid (iron in a suspension) and multivitamins and she was constantly monitored for her temperature and weight gain.

Once her condition improved to “undernutrition” after 15 days in the intensive care unit, Maimouna – then six months old – was transferred to the weight tracking centre.

The treatment was adjusted to fortified meals, such as light millet porridge, rice-enriched milk, and peanuts (paste). This too had satisfactory results. Since then, the child is in good shape and has flourished well over the past five years. Her mother diligently adheres to every weight follow-up appointment.

During the rainy season of 2014, the family moved following the collapse of their box. Since then, the family has a room with neighbours. Aïssata continued her income-generating activity, taking care of her children. The family has also benefitted from food support, access to health care and education.

To help mother's like Aïssata's provide for their children, please donate now to the SOS Family Strengthening Program.

*Name changed to protect the privacy of the child.