Rebuilding lives after the Tsunami - #putchildrenfirst 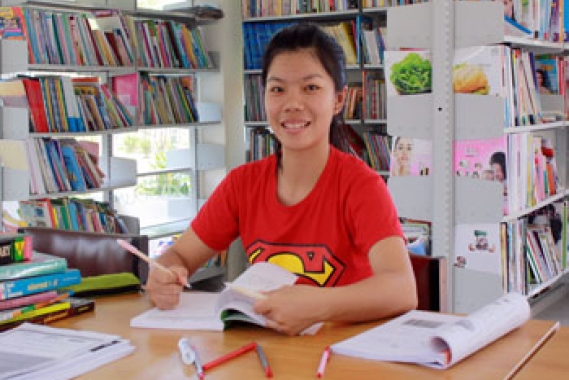 Chantira was busy doing the household chores with her mother in their house on the west coast of southern Thailand when her life was turned upside down. “Suddenly, Mama shouted loudly, ‘Rush, we have to leave, it’s an earthquake.’ We hurriedly left our home and ran to save our lives.” The waves swept over their house, and Chantira was the only one from her family left alive.

“After losing my family, I was shattered,” she remembers. “There was nobody – nobody I could call my own, no home - no place to live.” Seven years old at the time, she lived in makeshift arrangements until she was brought to SOS Children’s Village Phuket, built in the aftermath of the 2004 Indian Ocean tsunami. 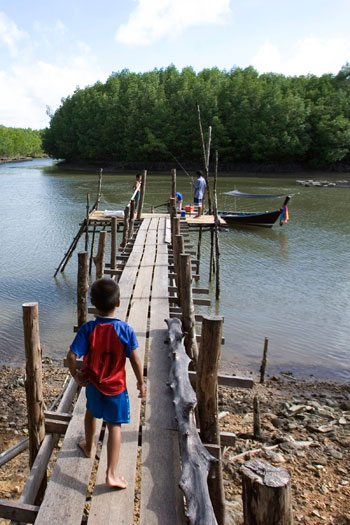 "When Chantira came, she was shy and didn’t talk much. She kept to herself, and spent most of her time in the bedroom. It was difficult to console a child who had lost everything to the tsunami,” explains her SOS Mother Kanya, talking about the different approaches she tried to help Chantira overcome the trauma. “I started spending a lot of time with her. After school, I helped her with her home-work and played different games in the evening. Gradually, she began opening up and became friendly.”

Her fellow SOS Children’s Village Phuket mother Apsara went through similar challenges with the two boys she took in, Chai and his little brother Boon, who had lost their father in the tsunami. They came under the care of their ailing grandmother, but as Village director Somsak Apinyanun explains, “It was difficult for her to support them as she didn’t have any source of income.”

When SOS mother Apsara received the children, they were scared, uneasy and apprehensive about the new environment. “Each day was a struggle; it was quite a challenge to bring them to normalcy, especially the elder one. Chai was quite scared of the dark,” she recollects. “At night, he just couldn’t be alone. I worked hard with these children so they could lead a normal life like any other child of their age.”

Gradually, Chai and Boon adjusted, and became involved in their daily routine – school, homework, friends, and play. Chai now lives independently, pursuing a vocational training course in architecture, and Boon, enjoying his classes, says that he is happy to live where he does: “Had I not been here I wouldn’t be going to school.”

In the same village, Chantira is enjoying school too, and helps her little brothers and sisters with their homework. Ten years on, “she is a role model. In my absence, she’s like the mother of the house and cares for her younger siblings,” boasts Kanya. Chantira is now seventeen and looks forward to the future. “I want to be a doctor and help the poor,” she says. “It’s difficult, but with the support of SOS I know it’s possible.”