SOS Children's Villages started working in Thailand in 1971, after Queen Sirikit of Thailand had seen the work of the organisation while on a state visit to Austria. At first the organisation was present in Bangpoo, near the capital city of Bangkok, but has since started providing support in a further four locations in the country.

The recent transformation in Thai society has led SOS Children's Villages to tailor our work in order to support children, young people and families in need. For example, in 2008, SOS Children's Villages started working on the island of Phuket with children who had lost their parents in the 2004 tsunami. In all five locations where our organisation is present, local children can be cared for in the SOS Kindergartens and SOS mothers provide children, who have lost their parental care, with a loving home. As children grow older, they can move into houses where they are guided on their path to an independent life with the help of professionals.

KINDERGARTENS
The SOS Kindergarten in Thailand are a fundamental building block for the early development needs including, intellectual and social skills for children.
5
KINDERGARTENS
314
Kindergarten students

The Kingdom of Thailand is located in South East Asia. The population of Thailand is about 67.4 million (July 2013 est.), with the capital city of Bangkok being home to 6.9 million. Bangkok is the country's largest city and also acts as the political, commercial and cultural centre. The official language is Thai and more than 94% of the population practise Theravada Buddhism, which is also the state religion.

In the past few decades Thailand has undergone a transformation. In the political sphere, the country has seen many changes in government ranging from military rule to elected administrations. In spite of political instability, the economy has improved, and Thailand is one of the most prosperous countries in the region. 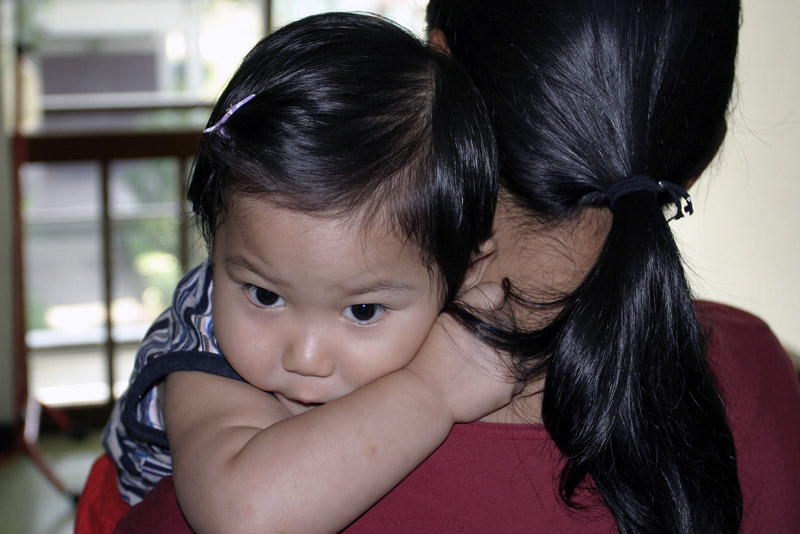 Thailand has traditionally been an agricultural economy but, from 1980 onwards governmental policy focused on diversifying the economy. The economy grew by six per cent a year in 2012, and the official unemployment rate stands at around 0,7 per cent (2012 est.). At present, the service sector, employing around 48 per cent plays an important role. Tourism is a vital source of income, with the country's natural beauty attracting millions of visitors a year.

The economic development has led to important changes in Thai society. Many people have moved to urban areas in search of employment - about 34 per cent of the population lives in cities and this number continues to increase. The flourishing economy has also attracted workers from neighbouring, often poorer, countries such as Laos and Cambodia.

In spite of the improved economic conditions, around eight per cent of the population continues to live under the nationally established poverty line. Although, in general terms, there has been a fall in the number of people living in poverty, there are stark differences between provinces; poverty is lowest in Bangkok and the surrounding areas. Some people, especially in rural areas, continue to live in extreme poverty.

Human trafficking remains a significant problem. Although the government passed the Anti-Trafficking in Persons Act in 2008, its implementation remains fragmented. Men, women and children are trafficked into and out of the country, and forced to work in industries such as fishing, construction or agriculture. Many Thai women are trafficked by international criminal gangs to work in the sex industries both at home and abroad.

The exploitation of children remains a problem

There are 17.9 million children under the age of 18 in Thailand. Although the situation has been improving for children in recent decades, some continue to face difficulties. UNICEF estimates that around one million children live in vulnerable conditions in Thailand. These include those who live in poverty, have lost parental care, have a disability or are forced to live on the streets. An estimated 290,000 children have been left without parental care due to HIV/AIDS.

Although Thailand has been successful in reducing child labour over the past two decades, the exploitation of children remains a problem. Official figures estimate that eight per cent of children between the ages of five and 14 are involved in work, but the real figure is believed to be higher. The demand for cheap and unskilled labour exists, and children are often forced to work in factories, fisheries, construction and agriculture. Children are also found in the commercial sex industry and to beg on the streets. Many children suffer serious abuse - including physical confinement - at the hands of employers. Migrant children, those in poverty or those who have run away from their families or dropped out of school are most at risk of being involved in the worst forms of labour.